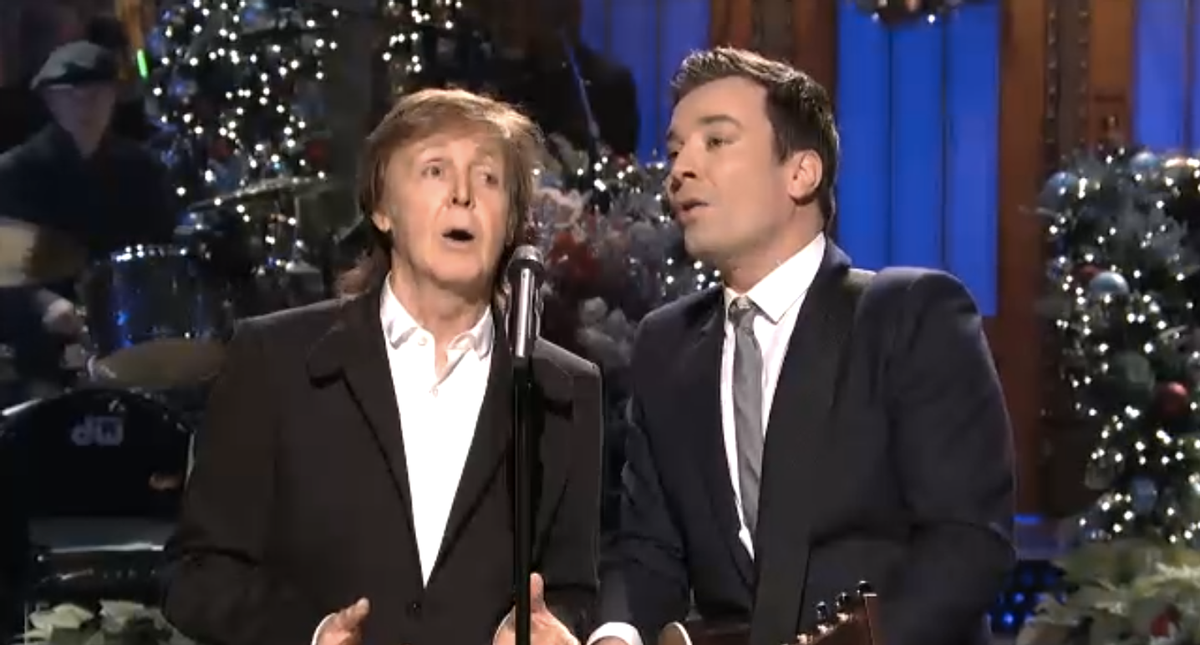 Last night's very special Christmas episode of SNL would've been exciting just for its billed guest appearances -- former cast member Jimmy Fallon returned to his old seat at the Weekend Update desk, and Justin Timberlake appeared throughout the nights in skits and as the musical guest.

Then things got really crazy, with celebrity "guests" more than once turning out in the flesh to up-stage the cast's usual impersonations.

Fallon performed a musical opening monologue along with David Bowie, Bob Dylan and the actual Sir Paul McCartney -- the last one who showed up mid-way through Fallon's aborted Dylan impression to join the host in a rendition of "Have Yourself a Merry Little Christmas":

One of the night's recurring sketches, the "Barry Gib Talk Show," this time featured the Bee Gee himself, and featured appearances by Megyn Kelly, Paul Ryan and the (real) Madonna, who shared some ideas for fixing our broken political system: