"There are degrees of safe sex" 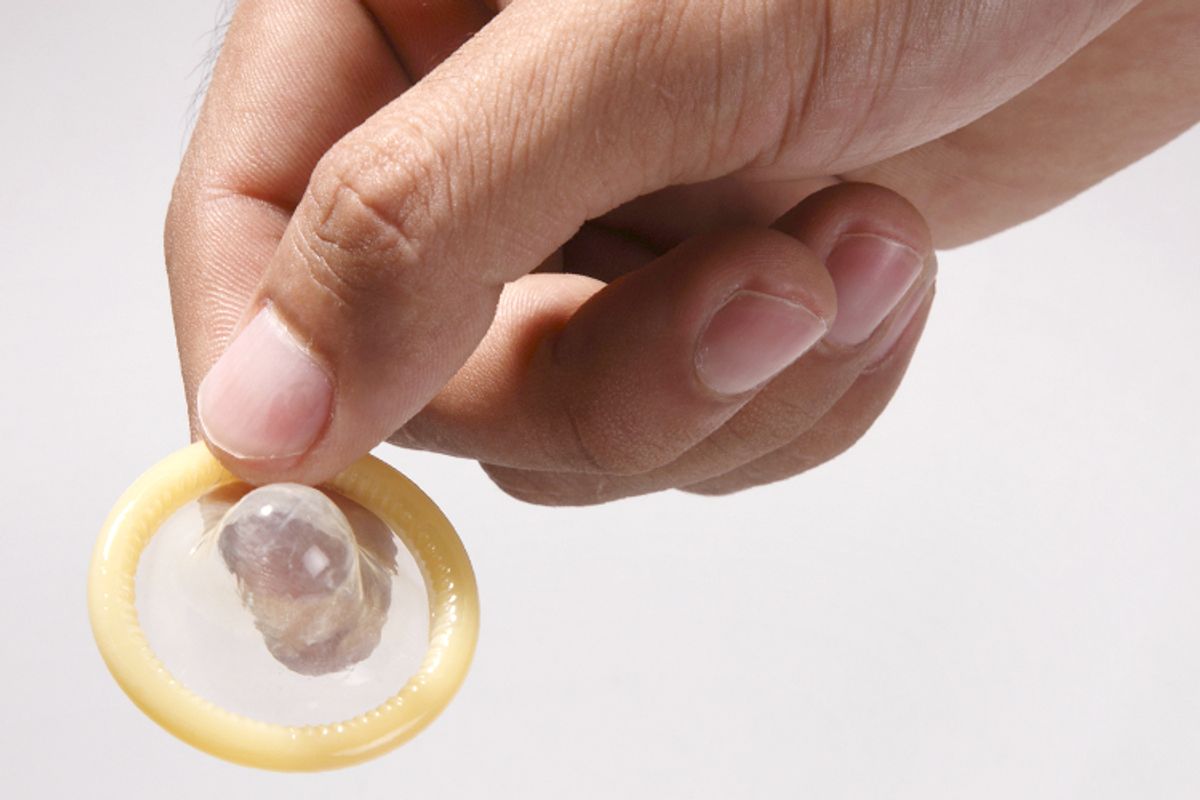 I first met Michael at a party in a tech entrepreneur's renovated San Francisco Victorian. That was the first sign of the times. The second was when the 42-year-old heard that I was a sex writer and grabbed my arm and said: “You have to write about gay men having sex without condoms." Michael added something about "pre-exposure prophylaxis" and "antiretrovirals" (forgive me, there was free wine involved). A week later, the Centers for Disease Control and Prevention released a study finding an increase in sex without condoms among gay men -- and I immediately arranged to meet with Michael.

Sitting in the back of a coffee shop in the Castro, Michael got right to it. “I don’t like to use condoms,” he said, blinking boldly. He explained that he had decided, based on medical advances, that there were times when unprotected sex was OK. Michael's personal compromise is this: He has condomless sex with HIV-negative men who are on pre-exposure prophylaxis (PrEP), a daily medication that can reduce a person's risk of becoming infected with HIV. He also goes without protection with positive partners who are "undetectable" -- meaning men who have tested positive for HIV, gone on antiretroviral treatment and reduced their viral count to barely-even-there.

"There could be a new definition of safer sex," he said. "There are degrees of safe sex."

Indeed, as a study published in the journal Clinical Infectious Diseases found, antiretrovirals have the potential to reduce the likelihood of HIV transmission by either lowering concentrations of HIV RNA, thereby "decreasing the risk that an infected person will transmit the virus" or by using it as pre-exposure or post-exposure prophylaxis. Studies have found anywhere from a 60 to more than 90 percent reduction in transmission risk when an HIV-positive person becomes "undetectable."

But Jeffrey Manese, a physician’s assistant to Michael’s own doctor at a San Francisco medical practice primarily serving gay men, tells me that he is cautious when talking with patients about unprotected sex with undetectable partners. “Usually I preface it by saying that this is a lower risk but there is still a risk. There are times when people have spikes on their viral count that could potentially put someone at risk, also if there is a co-infection occurring like gonorrhea, chlamydia or syphilis the risk might increase.” As for couples where one partner is positive and one is negative, he says, “I do discuss PrEP, but still counseling that safe sex guidelines should be attempted.” It “provides another layer of protection but it’s not 100 percent,” he emphasized.

"Consideration" really is the key word here. There is no evidence that these medical advances have led to risk-taking -- or that they have anything to do with the CDC’s reported rise in unprotected sex among gay men. But they have made for a more complicated definition of what safe -- or safer -- sex can mean.

Kurt, a 26-year-old gay San Franciscan, tells me that this is a frequent topic of conversation among his friends. "We talk about it all the time," he says. "There’s a big division in my group of friends about how to approach that kind of thing." A few years ago, his boyfriend tested positive. Antiretrovirals made his boyfriend's viral load undetectable, but after researching the potential risks, they decided to only have sex with condoms. Kurt has a friend who was faced with a similar situation but decided to have unprotected sex -- in part because he was topping, which comes with a lower transmission risk. But, says Kurt, "the guy walked him through the same statistics, the same eduction that I’d been through." Same statistics, different decision.

Derek, 32, is HIV-negative and has been taking PrEP for six months. He's also participating in a study on the medication. "I have always preferred to not use a condom with undetectable partners, and partners period for that matter," he says. "I've never knowingly had sex with a partner who was positive and detectable, but I have had [unprotected] sex with guys who did not know their status." PrEP "relieves some stress of thinking about contracting HIV," he says, and makes him "feel safer" about having sex without a condom, which he's been doing for years now.

For Michael's part, he argues that the major advances in the treatment of HIV/AIDS inform personal calculations about risk. "I think HIV and AIDS is such a manageable disease," he said, "that a lot of people are thinking of alternatives for having the type of sex they really want to have."