Just admit it: Your view on items like free speech or the filibuster depends on whatever policy position's at stake 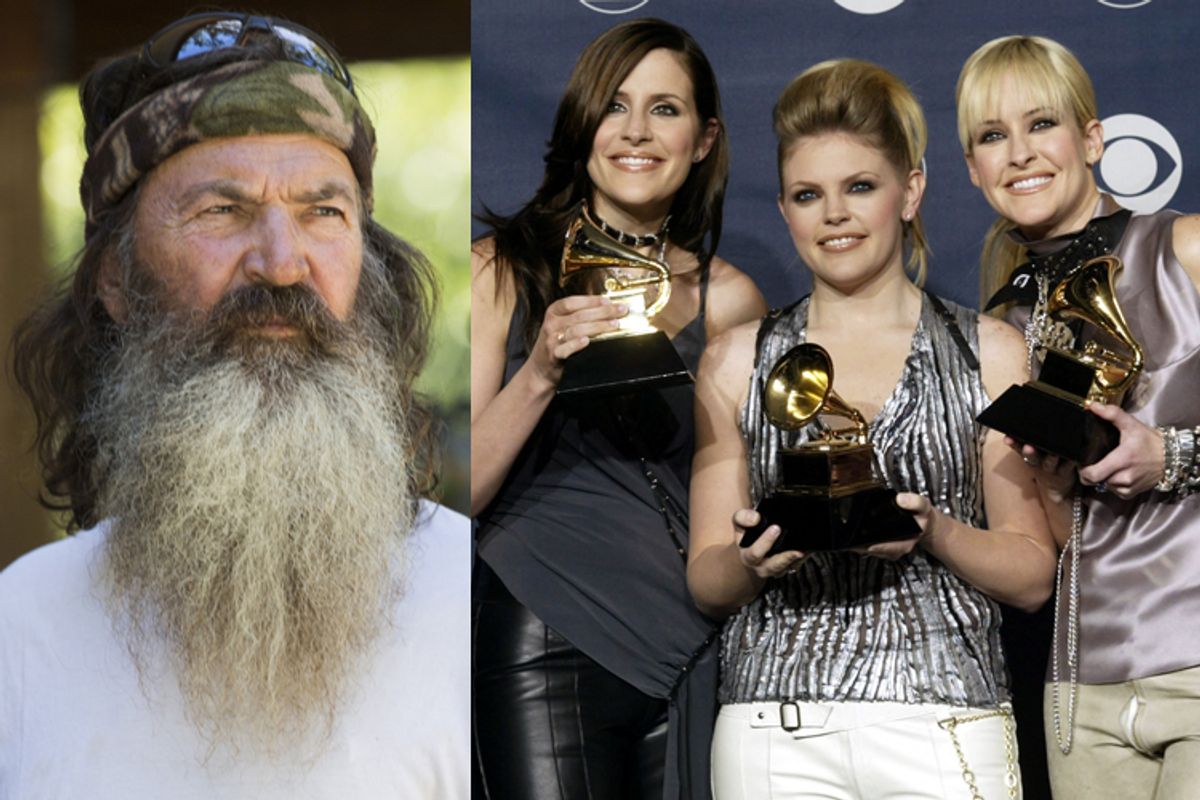 In March of 2003, the drumbeat for war in Iraq had reached a fevered pitch. Despite massive protests throughout the world, over 70 percent of Americans supported the invasion. In that month, presidential approval also shot over 70 percent, the highest it would be for the remainder of George W. Bush’s tenure in office. Despite these currents, Natalie Maines of the Dixie Chicks spoke out during a London show on the eve of the war, saying “Just so you know, we’re on the good side with y’all. We do not want this war, this violence, and we’re ashamed that the president of the United States is from Texas.”

When media reports about the concert got back to the United States, all hell broke loose. Their record sales plummeted, they fell down the Billboard charts and a full scale boycott swept through their largely right-wing country music fan base. Country radio stations across the U.S. pulled them from circulation, with radio network giant Cumulus banning the Dixie Chicks from its more than 250 local stations. Former fans gathered to burn previously-purchased CDs and even, in one media spectacle, crush them with a giant farm tractor.

Unsurprisingly, conservatives welcomed this effort to economically discipline political speech. President Bush himself said of the debacle: “The Dixie Chicks are free to speak their mind. They can say what they want to say … they shouldn’t have their feelings hurt just because some people don’t want to buy their records when they speak out. … Freedom is a two-way street. ” For Bush and other conservative cheerleaders of the war, you can speak your mind all you want, but you should be subject to private economic disciplining if you say something unpopular. That’s just the dialectic of freedom working itself out.

This is all well and good except conservatives don’t actually believe this. Their support for economically coercing the speech of popular entertainers is curiously contingent upon the content of the speech in question.

Take the firestorm surrounding the comments "Duck Dynasty" star Phil Robertson made to GQ this week. Among other things, Robertson explained that blacks in the Jim Crow south were contented with American apartheid and that homosexuality is both sinful and utterly disgusting. The cable network that runs his hit television show responded to these comments by putting him on hiatus. So we have here a perfect analogue to the Dixie Chicks spectacle: a popular entertainer said something offensive and outrageous to many, and an economic actor punished him for doing so.

Strangely enough, conservatives found the economic disciplining of Phil Robertson to be a kind of unjust censorship that is antithetical to the spirit of free speech. Bobby Jindal said the TV network’s disciplining ran counter to the free speech protections of the first amendment to the constitution. Sarah Palin also expressed dismay at the threat this poses to free speech, and called opponents of Phil Robertson intolerant haters. Herman Cain described the suspension as “crap” that is “out of control.” And on and on it goes.

It is not mysterious why conservatives think the Phil Robertson disciplining is rights-infringing but think the Dixie Chicks disciplining was not. They support what Phil Robertson had to say, but oppose what the Dixie Chicks had to say. Despite their pretensions to the contrary, conservatives, and most people in general for that matter, do not care about content-neutral procedural fairness. They care about winning their stuff and beating the other’s side stuff.

What’s surprising to me is that anyone even takes arguments of this sort seriously to begin with. Surely at some basic level, everyone realizes that content-neutral pleas for certain procedural rights are almost always motivated by something else. Liberals hate the filibuster when Senate Republicans use it to block Obama nominations, but love it when Wendy Davis uses it to protect abortion rights. Conservatives love states’ rights when they are arguing against some national economic program, but hate it when a state has end-of-life policies they disagree with. Various leftists support yelling over New York City police Commissioner Ray Kelly, but panned Tea Party disruptions of congressional town halls as harassment.

Most of the time, proclaimed commitments to uncoerced free speech, minority parliamentary power, states rights and any other content-neutral procedural rule are not serious. Some people are seriously concerned about process for its own sake, but such people are few and far between. Everyone else has a substantive agenda and merely stakes out the short-term positions on content-neutral procedural justice that further that agenda. Filibusters are good when they block what I dislike, but bad when they block what I like. States rights are good when states do what I like, but bad when they do what I dislike. Private economic coercion of expression is good when it shuts down comments I dislike, but bad when it shuts down comments I like. And so on.

Given this reality, why do we even play the game where we pretend to believe in some sort of content-neutral procedural justice rules? Who are we trying to fool? What’s the use of having shell arguments about process that everyone knows are driven by core disagreements on substantive agendas? I don’t get it.