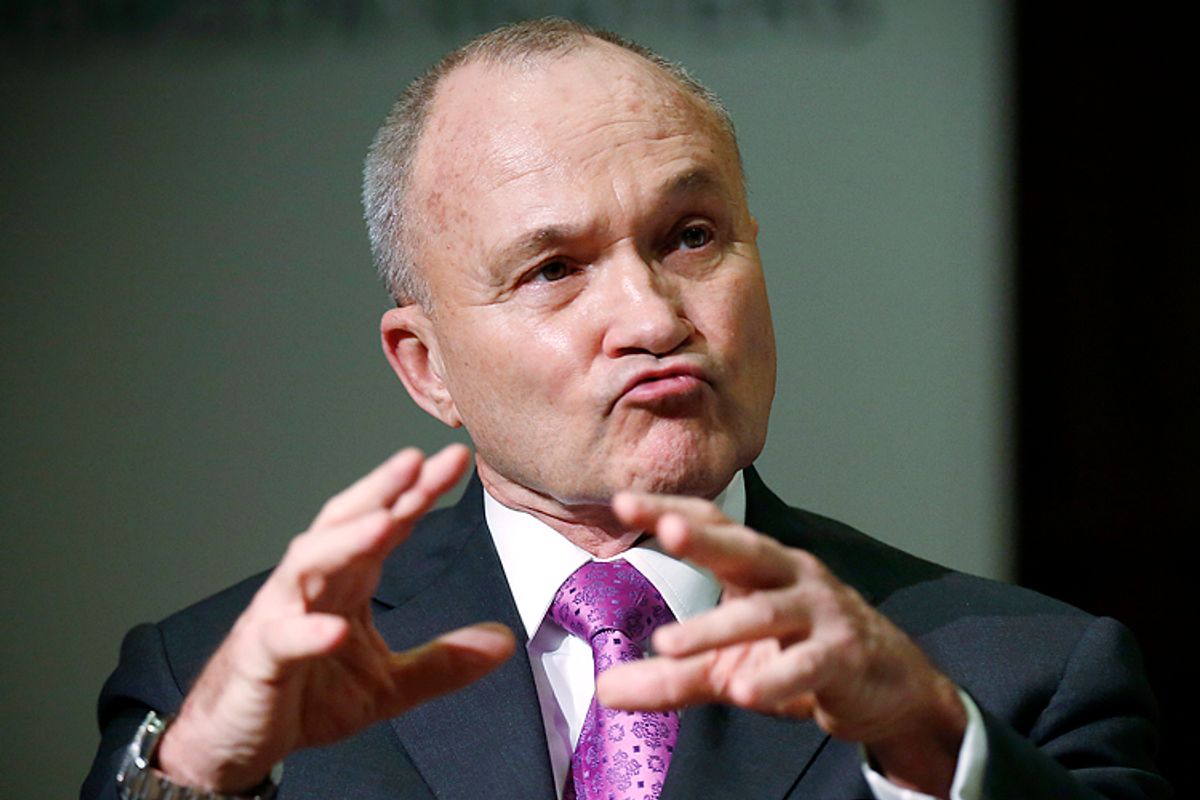 Ray Kelly is soon to leave his post as NYPD commissioner, but that doesn't mean he'll fade from the public eye. Not only is he planning to soon cash-in on the public speaking circuit, but according to a release from the venerable think tank, the Council on Foreign Relations will soon add Kelly to its roster of thought leaders, bestowing Kelly with the title of distinguished visiting fellow.

"Ray Kelly spearheaded the modernization of the New York Police Department," said Council on Foreign Relations President Richard Haas in a statement. "The result is that crime is down and the NYPD's counter terrorism capabilities are second to none. We are excited and proud to have his experience, expertise, and judgment at the Council."

While at the Council on Foreign Relations, Kelly will focus on issues of national security, terrorism, and cybersecurity.