The 12 worst holiday albums of all time

Heavy metal christmas carols, songs by The Hoff, and Santa as a drug dealer 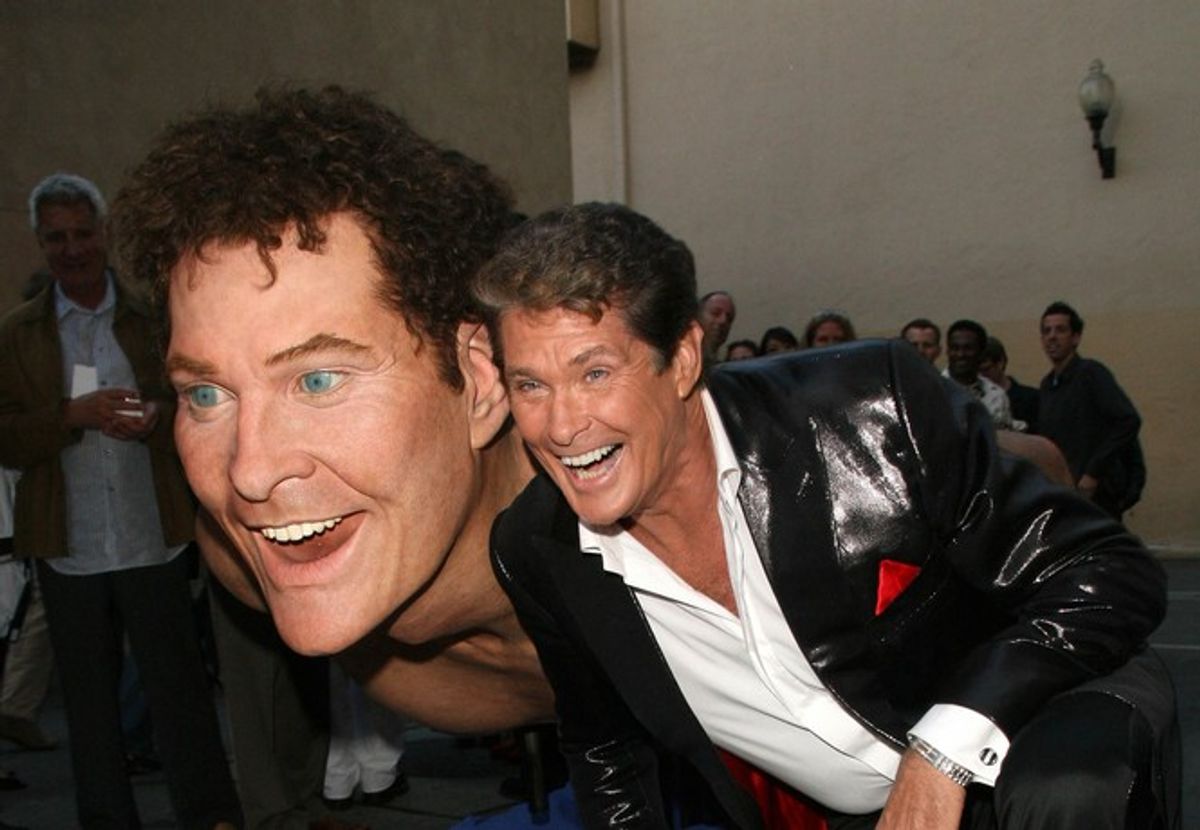 Ahh, the holidays: That time of year when Hollywood becomes one giant karaoke bar and everyone thinks they can sing, just because they know the lyrics. Although history has witnessed some bad albums, those of us in 2013 have the distinct honor of being alive for some of the worst holiday music ever created (cough, "Duck Dynasty," cough). There are probably requirements for releasing Christmas carols other than being semi-famous and having functioning vocal chords, but the albums on this list might prove otherwise. Here are 12 of the worst holiday albums ever released:

“Duck Dynasty,” a reality show about some nasty, homophobic ducks, put out a record that has unfortunately become one of the fastest-selling holiday albums of the last decade because clearly there is no justice in this world.

William Hung, “Hung for the Holidays”

The voice of William Hung is anti-humor in human form; though the entire appeal of the off-key former “American Idol” contestant is that he’s off-key, it doesn’t make it any more fun to listen to him sing an entire album of Christmas carols.

In Snoop Dogg’s Christmas album, Santa is a pimp looking for some chronic. This album is definitely NSFW, for kids or for the holidays.

Michael Bolton, “This Is the Time: The Christmas Album"

If you like Michael Bolton, this album is perfectly fine. If you don’t, well, here’s another reason not to.

The lovely “Grease” duo reunited after some 348 years (approximately) to spread some holiday cheer, creating the musical equivalent of a menopausal hot flash.

Have you ever heard punk (more like “punk”)? Yeah, well, punk (and “punk”) should not try to do Christmas songs, and this why.

See above. The same applies to most rock bands.

Why do we /light/ a candle for all eight nights?
Because we have a battle in our hearts
Said the father as he recalls that great time

And that is set to heavy metal music.

This is the perfect Christmas day: Start if off with a morning talk show. Go with classic, bona-fide Regis, like from the Kathie Lee era, and work your way up to “Regis and Kelly.” After your lunch, while you’re digesting, let Regis outsmart you during re-runs of “Who Wants to be a Millionaire.” By the evening, when you’ll be sleepy with a surfeit of food and wine, drift off on your couch with “The Regis Philbin Christmas Album.”

If you love to hate Christmas music to the point where all you play is Christmas music just so you can tell everyone how much you hate it, then this is the album for you.

David Hasselhoff, “The Night Before Christmas”

The Hoff loves Christmas. He also loves The Hoff. He has proved this by starring in a corny Lifetime movie, "The Christmas Consultant" and by singing corny renditions of Christmas carols. But hey, he gets it. “I still want to be James Bond, but that’s not gonna happen," he told the New York Daily News last year. "So f—in’ what? I’m The Hoff!”

Dude's got a point.

“Star Wars: Christmas in the Stars”

For those who don’t host “Star Wars”-themed holiday parties, yes, this is indeed a real album and not just a disturbing/amazing fanfic fantasy. As if this album could have predicted its meme-ability, one of its signature tracks, “R2-D2 We Wish You a Merry Christmas,” features a young Jon Bon Jovi as the lead singer (listed as "John Bongiovi" in the credits).