7 Christmas songs that are unintentionally depressing

Sometimes music that's supposedly joyous is decidedly not. These holiday downers will bring out the Grinch in you 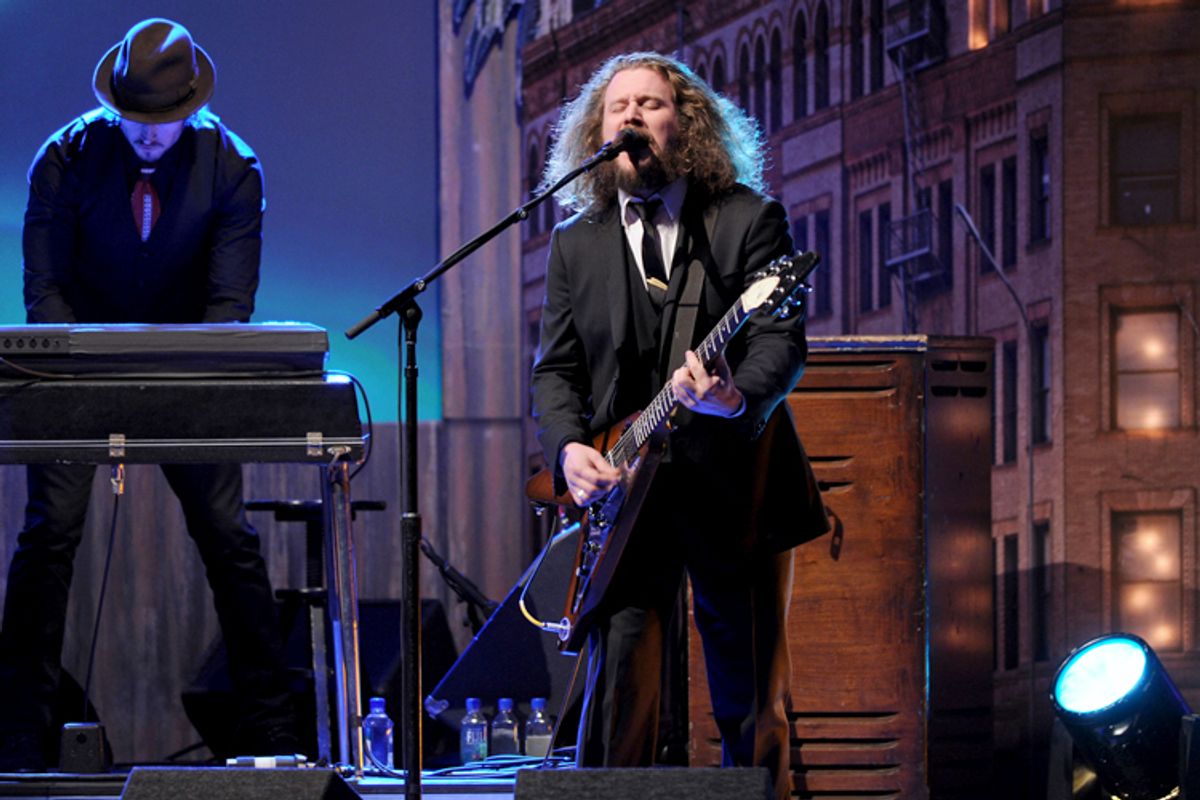 Christmas time is supposed to be packed with joy. But let’s face it: Sometimes we are left with emotional lumps of coal. From the social anxiety of chatting with distant relatives, to the loneliness of being far away from home for the 25th, to unwrapping a toaster when you hoped for a Playstation 4, Christmas can be just as depressing as it is dreamy.

Same goes with Christmas music. These jingle bell-laced tunes are supposed to be an uplifting celebration, but one man’s “Joy to the World” might just be another’s red and green pit of despair. Often music intended for happiness is the soundtrack to our darkest moments -- even when those moments are accompanied by tree trimming and eggnog.

Here, then, is a list of seven unintentionally depressing Christmas songs.

Frank’s “A Jolly Christmas” album is the “Abbey Road” of holiday depression. The record gets existentially brutal by slowing peppy Christmas tunes down to the beat of a dying pulse. The amazing thing is that Santa Frank uncovers a lot of subtle nuance in the process. Classics like “The Christmas Song,” and “I’ll be Home for Christmas” took on a heartbreaking tone after Frank phoned them in for this 1957 recording. Sinatra was going through a messy divorce and simultaneously making a holiday album in the triple-digit heat of Los Angeles summer. As a result, he sounds just as detached as anyone gritting their teeth through an awkward family meal. And that’s what makes it special. The result is not just one of the best Christmas albums ever, but one of Sinatra’s most underrated releases.

Hopkins’ famous mumble-mouthed Texas blues is in full effect here, so studying the lyrics won’t leave you curled under the Christmas tree with a bottle of Scotch. However, that voice paired with lonely, clunky guitar chords is enough to rattle the stockings off the mantel and into fireplace. This is the sound of a man alone on Christmas, missing loved ones and eating dinner over the sink.

Low built a name for themselves by wrapping sparingly catchy songs in excruciatingly slow paces. So, it was a bit of Zoloft-gulping holiday magic when they buried Elvis’ swaggering Christmas hit inside a glacier. After a couple of minutes listening to Mimi Parker and company you suddenly get the sense of what it must be like to wake up Christmas morning to find you have been robbed of everything but the tinsel.

Charles Schulz gets the lifetime achievement award for holiday depression, encouraging little tykes to charge five-cents for psychotherapy and wonder what good is Christmas, anyhow? While his cartoon special eventually finds hope in an emaciated douglas fir, there is nothing but holiday dread throughout the bulk of the cartoon. The standout track, “Christmas Time Is Here,” is knowingly sad when sung by a children’s choir, but it’s Guaraldi’s piano-only version that has always seemed like the soundtrack to crying in your old bedroom while the rest of your family is eating ham at the dinner table.

Before rising to the top of the summer festival food chain, My Morning Jacket was America’s finest bedroom country act. During this period the band also released a Christmas album. The highlight of this shaky collection is Jim James’ singing on “X-mas Time Again.” His multi-tracked vocals evoke the most disheveled group of carolers to ever find your door. Homeless guys, sneaking a sip from a flask before the chorus, perhaps.

It takes a special voice to burn the Claymation classic “Rudolph the Red-Nosed Reindeer” into a big pile of ashes and antlers. Enter: Red Red Meat’s Tim Rutilli. Known primarily for his current band, Califone, his first outfit was a grungy, rusty Chicago blues act whose 1995 Sub Pop debut closed with Rudolph’s “There’s Always Tomorrow.” Rutilli, who sounds about 100 years old here, pulls a Sinatra by drowning an optimistic number in codeine until it seems as if we may never even live to see tomorrow.

Hidden between all the chart-busting tracks of the very first “A Very Special Christmas” comp was the Eurythmics’ “Winter Wonderland.” Annie Lennox and Dave Stewart never sounded more alien or robotic than when they sent Yuletide greetings. If “Blade Runner” had been set around a Christmas gathering at Grandma’s house, this would have made fitting background music for all those uncomfortable, tense, depressingly futuristic scenes of Harrison Ford opening presents.