My atheist Christmas in China

Growing up Jewish, I never liked the holiday -- until I moved to a place that completely divorced it from religion 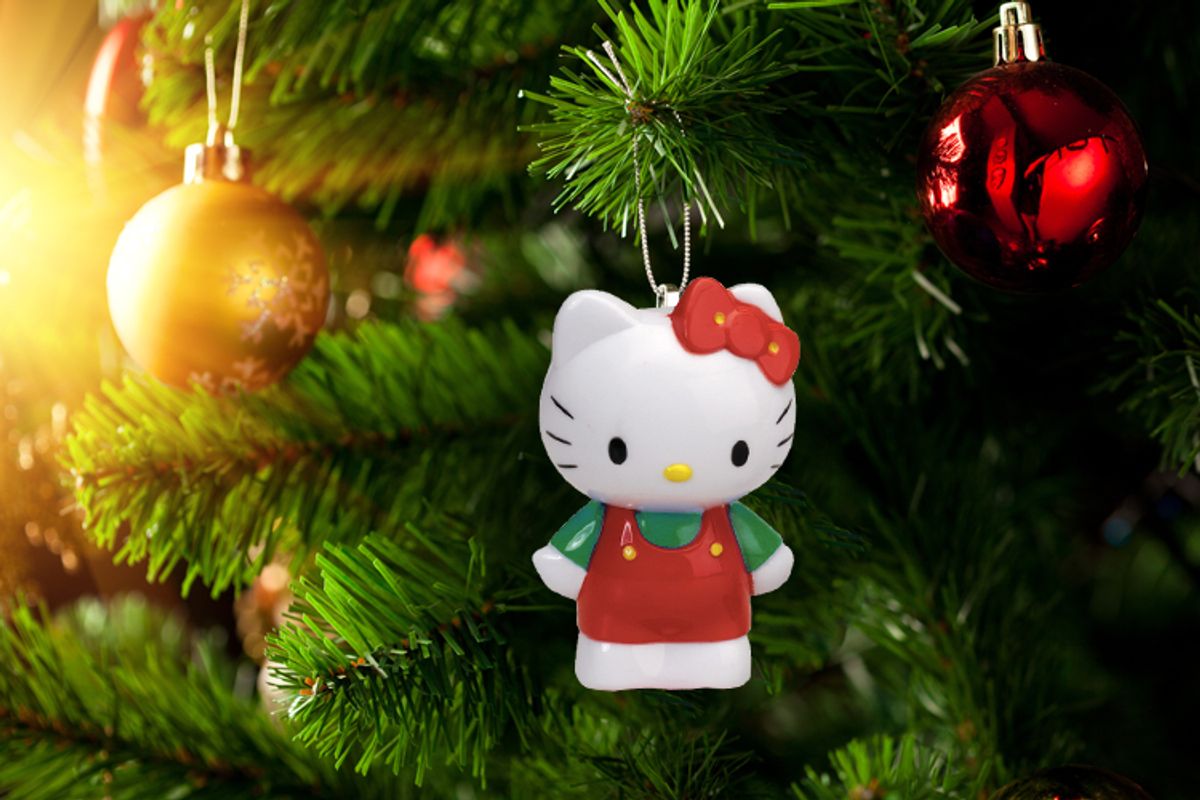 Growing up Jewish in North Carolina, Christmas was a drag. Stores were closed, friends couldn’t play, random strangers on the street would shout, “Merry Christmas, Jesus loves you!”

“Be polite,” my mother would whisper when I made faces in response, one of many rules surrounding the holiday, which also included don’t tell friends Santa isn’t real (but their parents were lying to them!) and don’t call anyone on Christmas morning.

The trappings of Christmas were alluring – the lights, the music, the food, the presents, the sense of festivity. But they were for Christians, not for us, and that was that.

As an adult, my Jewish identity doesn’t run much deeper than my love of kugel, but I’m happy to celebrate the Jewish holidays entirely for their trappings – I’ve got latke-making down to an art – and ignore the religious side. And my non-Jewish husband is happy to celebrate with me. But, until recently, I couldn’t bring myself to celebrate Christmas with him.

My husband doesn’t understand. Raised in a devout Christian home, he defected from religion as a teenager and still blanches in the manner of a vampire when passing a church. But Christmas? He’s all for it.

“Christmas has become so secularized there’s no reason any American shouldn’t be able to celebrate,” he’s often said.

But I just couldn’t. I didn’t give a second thought to eating bacon on Yom Kippur, but putting up a fir tree in the living room somehow felt like a step too far. I might not have been much of a Jew, but I certainly wasn’t a Christian.

Then we moved to China.

Hong Kongers celebrate Christmas with the lusty enthusiasm of a culture unpinned from the weight of religion or tradition. With no Thanksgiving to act as a barrier, the city is in full Christmas regalia by mid-November. The Blade Runner skyscrapers lining the harbor light up with images of snowflakes and reindeer and candy canes. The half-mile-long outdoor escalator that climbs through the island’s mountainous central district is draped in a shimmering blanket of multicolored fairy lights. The above-ground walkways connecting the buildings of downtown are lit a festive Barbie’s Dream House pink.

“Remember the reason for the season”? Not here. Like the rest of China, Hong Kong regularly ranks as one of the least religious places on earth. Only about 35 percent of all Hong Kongers claim any religion; of those, about a third are Christian, just 10% of the entire population.

Yet everyone from wealthy mainland tourists snapping up Prada bags to working-class teens singing carols in McDonald’s gets into the holiday spirit. On Christmas Eve and Christmas Day, locals shop with fearsome intensity (Christmas sales are considered a prime time for stocking up on new clothes, shoes and accessories ahead of the Lunar New Year). Afterwards, the wealthy repair to hotels for Christmas buffets of sushi and Lobster Thermidor and Peking duck, while the rest have celebratory cook-outs in the city’s many public barbecue parks, visit relatives, or go sing karaoke. Later, there will be fireworks over the harbor, red and gold and blue and purple spangles falling into the dark water.

And I love it.

Detached from religion, Christmas in Hong Kong is distilled into all the things I’ve always admired: the food, the light, the presents, the extravagant sense of celebration. Following locals’ examples, I almost feel like I can participate without declaring myself some sort of wannabe Christian. My first year here, I found myself fondling koi-shaped cloisonné Christmas tree ornaments in the street market. In the back of my mind, an image of a tree blossomed. A tree covered in interesting, meaningful ornaments gathered from our travels, our friends -- perhaps one day, our children. But, still unable to cross the line, I bought ornaments for friends and my in-laws, but not for us.

Christmas is increasingly celebrated as a secular holiday in minority-Christian countries such as Singapore, Japan and India. While some might say this is just an effect of a hyper-consumerist, Westernized global economy, I think it has much to do with a near-instinctual human desire for brightness, warmth and connection in the middle of dark winter, with the desire to look forward to something big and special at the end of a long year. This is a desire that predates Christianity: though no one knows when Jesus was actually born, December 25th was likely chosen as Christmas because it coincided with preexisting Roman festivals of light, merriment and present-giving.

So while I’m never going to be a Christian, I might as well give in to these atavistic cravings and celebrate Christmas as a Hong Konger. That is to say, take what I like, and leave the rest. So I won’t be singing “Away in a Manger” or hanging an Advent calendar. But maybe, this year, I’ll have my own koi-shaped ornament hanging on a tree.

Emily Matchar is a Chapel Hill, NC-based writer whose work has appeared in Men's Journal, Gourmet, Babble and lots of others.