My holiday shakeup: How my mom and I made our own traditions after loss

After I lost my husband, holiday traditions hurt. It took something new to bring back the joy 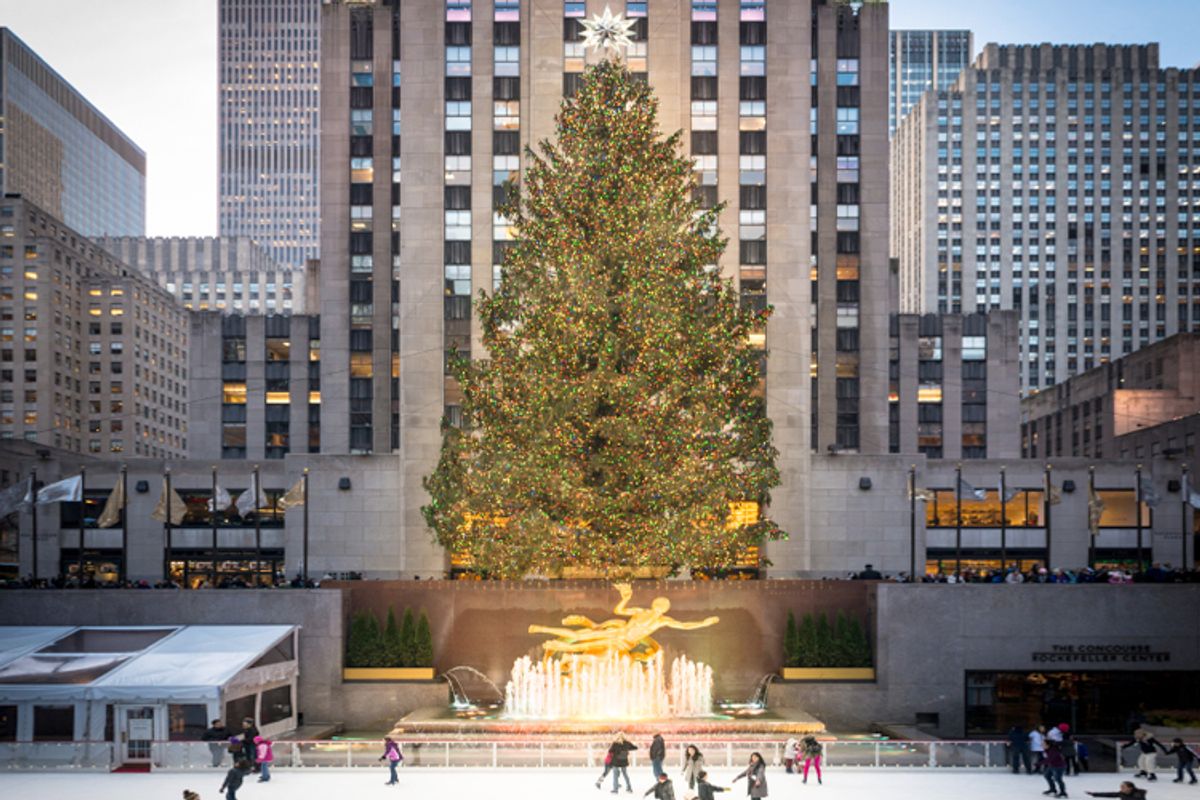 During the five years my husband fought to the finish with cancer, staying true to our annual holiday traditions seemed as urgent an imperative as any chemo session or radiation treatment.

We yearned for the gentle annual immersion in the familiar, even relishing the ritual repetition of the same old family stories. We’d laugh along when someone inevitably brought up the year my dad gave my mom a snow shovel tied with a big red bow. It was left unsaid that he also gave her jewelry – the story worked better that way. Sinking into the usual holiday flow allowed Bernie and me to pretend for a few days that the harsh, fluorescent-lit routine of the hospital was an anomaly, and our lives still bore some resemblance to what they were supposed to be.

So that’s why, on December 24 of Bernie’s worst and final year, the doctors shot him up with a stupefying dose of morphine so we could make one last six-hour drive from New York to the hills of rural Pennsylvania for turkey from Aunt Nelle’s old electric roaster, stockings in front of the fireplace and an overindulgence of my sister’s cookies.

I felt selfish subjecting a desperately ill man to the journey, but he was determined to tough it out for me, so the caregiver could receive some care, he said. Two days of sweet peace before what we knew was coming next: the inevitable progression of his disease.

We had been married 20 years, and Bernie had become a part of the family. He crawled under the dining table to play with the toddlers and became the protagonist of several favored family tales. Sometime before midnight on Christmas Eve, my brother usually mentioned the time we convinced Bernie that dairy cows from a neighboring farm could break out of the barn and stampede. That final year, Bernie took the cue and joined the laughter, but by then I doubt he followed the narrative – the cancer had spread to his brain.

Was all of this Christmas observance routine? Of course. But who wants novelty when what you’re seeking is comfort? The Aikman family stories were incantations, summoning that childhood sensation of safety, certainty and protection that such rituals evoke. A chain that would not be broken so long as the roaster still turned out a reliably dry turkey, so long as my sister still made enough cookies to feed the Pittsburgh Steelers and half their tailgating fans, so long as the people I loved were still there.

By the next Christmas, Bernie had been gone for seven months, and for the first time in my life, I couldn’t make the trip. I couldn’t face the performance required, not with such an overwhelming hole in my heart, the sheer immensity of what would be missing. Not with the hovering disquiet as everyone watched me and wondered: should we tell the Bernie stories, or not? Grief, I thought, would transform the familiar into a torment rather than a comfort.

For months, the family urged me to come anyway. But finally, my mother had the sense to suggest, “This is the year to shake things up.”  While the others gathered without us, she flew to New York, and together we indulged in all the holiday traditions I’d neglected in the years I’d lived there. No cliché was too corny for our agenda: mezzanine seats for Balanchine’s “Nutcracker,” pictures in front of the Rockefeller Center tree, a sing-along Messiah and Christmas dinner at the River Café, with its touristy view.

These may not have been our traditions, but that didn’t stop us from embracing them with exaggerated cheer, cheer that transformed into actual loopy, so-fake-it’s-real pleasure.

“I’ve got to hand it to you, Mom, this is the holidays on steroids,” I admitted after we returned late one night to my Brooklyn apartment, mainlining store-bought Snickerdoodles while we nestled on the couch to watch “Moonstruck” on Turner Classic Movies. “It’s a Wonderful Life” would have been a step too far.

That shakeup of the holidays, risking something new, prepared me for other changes I couldn’t yet see coming, gradual adaptations that I needed to make if I wanted to evolve rather than wallow in a past that could no longer be. Small signs began to appear when I returned to the family nest in subsequent years.

The next Christmas, for example, the turkey, the cookies and the stories were still intact, but I shared a couple of new ones, too, entertaining everyone with tales of the first vacation I’d ever taken by myself. It had been a most unlikely (for me) action-adventure excursion to the Galapagos Islands, populated with strange creatures that had also been forced to change in order to survive. A year later, the family was even more amused when I excused myself to take half-halting, half-delirious phone calls from a man I’d recently met.

The following December, this man made his family debut, gamely contributing a recipe for sweet potato soufflé and basting the turkey in Aunt Nelle’s old pan. He’s been manning the roaster ever since, alongside my mother, who was wise enough to understand that I needed to break with tradition before I could return, shaken but transformed, and embrace it again.

Becky Aikman is the author of "Saturday Night Widows: The Adventures of Six Friends Remaking Their Lives."