Celebrating some of the year's best satire and parody 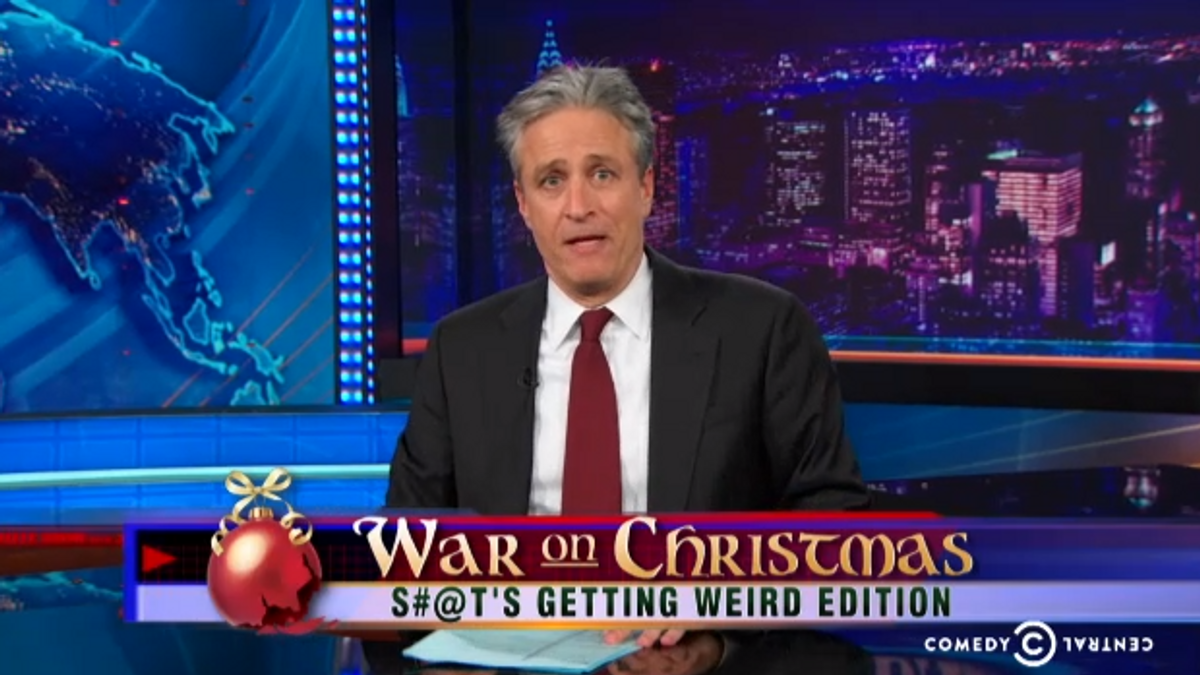 What a year for America: The NSA is spying on us, the government shut down, "Accidental Racist" is a real song, and plenty of non-accidental racists still exist in troves. "The Daily Show" and "The Colbert Report" have helped Americans process all of it, so we can enter the new year with a few laughs instead of many, many tears. Here are some of the best moments from the two shows:

Australia implemented strict gun control measures after mass shootings, something that the U.S. has still failed to do — so John Oliver went to investigate. Technically, putting three videos in one slot on this list is cheating. But Oliver’s series was so good, and he hosted the “Daily Show” this summer and now he has left the show forever, so let’s give him some extra love, okay? Anyway, if you missed his series on gun control, here’s your chance to catch up on it. You’re welcome.

There could be a separate “best of” category devoted to Jessica Williams’s segments on race in America, including the recent bit on food stamps. In “Frisky Business,” the “Daily Show” correspondent exposes the hypocrisy and racism of Mayor Michael Bloomberg’s stop-and-frisk program in a brilliant parody that profiles those who commit white-collar crimes.

After Daft Punk pulled out of a “Colbert Report” performance at the last minute, the comedian was so angry that he spoiled the band's "surprise" VMA performance in a segment that turned out better than any musical performance would have been.

Mocking MTV, Colbert said, “If Daft Punk were on my show, people wouldn’t tune in to see them on the VMAs almost a month from now. That’s how music works. You love a band, you see them once, then never want to see them again. That’s why after the Beatles went on Ed Sullivan, they dropped off the face of the Earth. I think Ringo ended up working as a train conductor.”

Aasif Mandvi uncovered a national scandal in the form of North Carolina GOP leader Don Yelton, who said he supported controversial voter ID laws because “If [the law] hurts the whites so be it. If it hurts a bunch of lazy blacks that want the government to give them everything, so be it.” The segment caused such an uproar that Yelton resigned from his position nearly overnight, and went on air to defend himself the next day.

“No, I don’t take back anything I said,” he told radio host Pete Kaliner. “Would I do it again? Yes, I would.”

The “Daily Show” jokes basically write themselves every December, when it’s time for Fox to whine about the so-called War on Christmas. This year, Megyn Kelly was enraged by the idea of a black Santa Claus.

The terribleness of CNN is well-established on both “The Daily Show”
and “The Colbert Report,” but The Best F#@king News Team Ever's parody of CNN’s shoddy news coverage is a thing of beauty.

8. Shitstorm 2013 (aka the Government Shutdown)

It’s hard to choose just one of Jon Stewart’s rage-filled verbal assaults on the GOP during the government shutdown, but the one where he calls House Republicans a bunch of “self-righteous Orwellian zebra queefs” seems like a pretty safe bet.

Celebrating the return of a show no one missed, CNN’s “Crossfire," Colbert hosted parody program “Pointless Counter Pointless,” during which special guests Oscar the Grouch and Big Bird debated “the most controversial topics of our time,” like the letter “S.”

It may not have been one of the show's most hilarious moments, but getting former president Bill Clinton to admit his insecurity with Twitter and join the social media site with the handle "PrezBillyJeff" is pretty amazing. “I’m insecure," admitted Clinton. "What if you tweet, and nobody tweets back?”