Why "Miracle on 34th Street" is a feminist classic 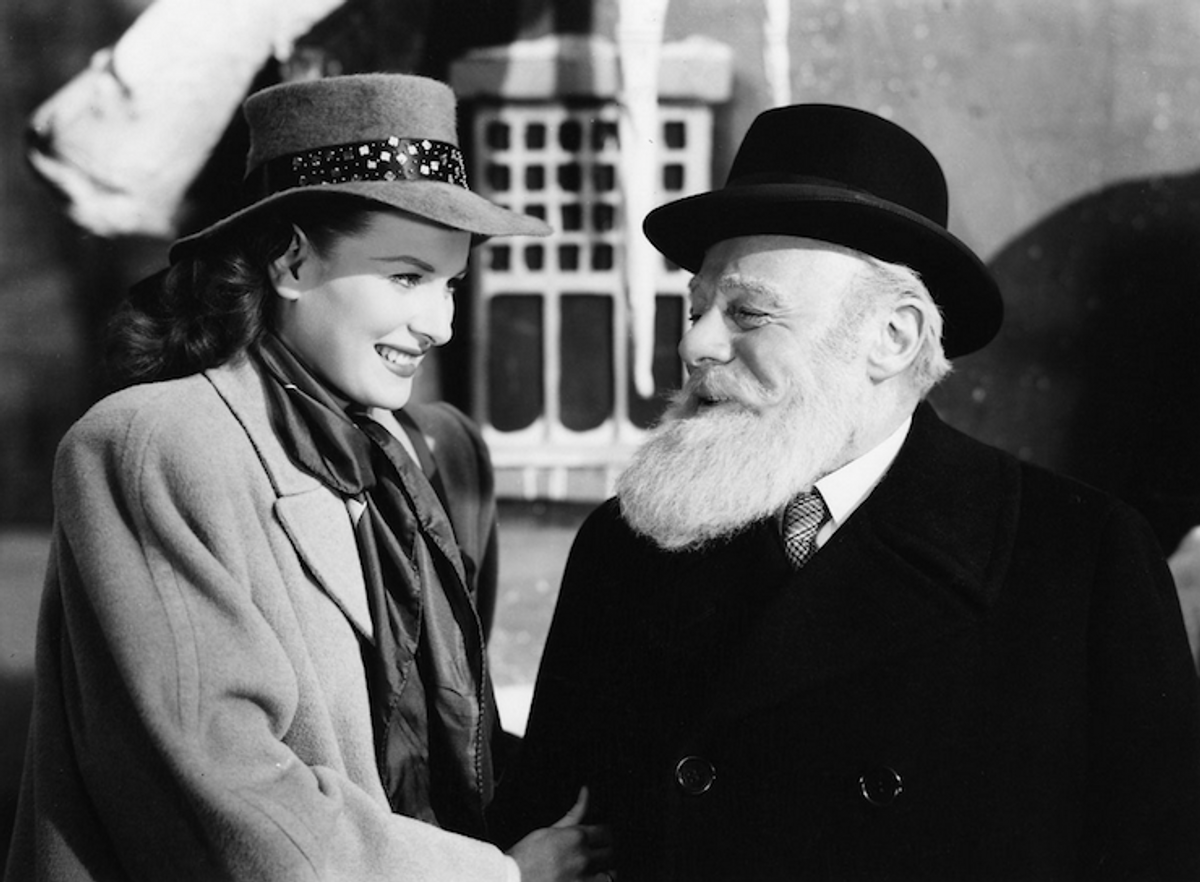 As a young girl, I watched reruns of "I Love Lucy" with my mom every day after school. I remember an episode where Ricky spanked Lucy, and I laughed. My mom freaked out, and I learned that a man was never to hit a woman. Ever. And that a woman could do more than be the mischievous housewife Lucy was.

Thinking back on the other women I saw on TV at the time (Mrs. Cunningham; Janet and Cindy; Jeannie; Mrs. Ingles; and Laura of Luke and Laura), few were particularly strong role models. I had to rely on my own life, which was luckily filled with the independent women absent from media. As I got older, I saw "Annie Hall" and never quite understood why she was such an inspiration to women of her time, until a professor recently broke it down for me: Until Annie Hall, women didn’t have their own pursuits (on the big screen and TV), they didn’t dress like men, and they certainly weren’t single in the city.

But there was one woman who came to mind who was different from all these other molds, and I watched her every Christmas season: Doris Walker, the heroine of the 1947 classic "Miracle on 34th St."

Played by Maureen O'Hara, Doris Walker was an independent, corporate events planner — a divorced, single mother running the entire Macy’s Thanksgiving Day Parade on her own. She had her own office, her own apartment on Central Park West (granted, in retrospect, it faced away from the park), and her life was distinctly free of a male partner to cater to. She was financially secure, and she seemed quite comfortable and satisfied with her position. The male protagonist, attorney Fred Gailey (John Payne), performed a rather unconventional courtship: He helped her domestically, supporting her daughter, making the coffee, and wearing an apron as he helped Doris in the kitchen with dinner.

I didn’t, as a young girl, realize how rare and ahead of their time these ideas were. When do we see another independent, divorced, successful, satisfied, single mother in mainstream media again? In fact, until the 1980s (and since), where are the happy, single, divorced, independent, financially secure, single moms on TV or in the movies?

Indeed, rather than suffering a crisis or some other emotional instability or quirky neurosis so popular in media’s portrayal of women today, Doris Walker’s fault is that she is so practical, so committed to raising an intelligent, independent daughter, she simply refuses to share myths like Santa Claus or fairy tales of Prince Charming with her. Doris is firmly grounded in reality and the world she lives in, and she is determined to raise her daughter to be independent, to be strong, and to have no expectation of a man to rescue or save her — nor a man she must in any way cater to.

The film was noted for her independence. At the time of its release, "Miracle on 34th St." was considered morally offensive, and the Legion of Decency found it objectionable because it “reflects the acceptability of divorce.”

Doris does, perhaps, take her quest for independence and practicality a bit too far: Susan doesn’t get bedtime lullabies, and she is painfully ignorant as to how to play make-believe with her peers.

But that is where Kris Kringle (Edmund Gwenn) comes in, teaching Susan how to play. And here, again, the film takes a turn relevant to us today: Kringle is deemed insane by the Macy’s “psychologist” Mr. Sawyer (Porter Hall), who also diagnoses the young Macy’s janitor, Alfred (Alvin Greenman), with a guilt complex and deep-seated emotional problems. Kringle sees clearly that Sawyer is the one with the mental problem, and in Sawyer’s own blind exposure, he has Kringle committed to Bellevue.

Mr. Gailey comes to Kringle’s rescue, challenging the commitment. Macy’s doesn’t want bad press, and in Sawyer’s quest to quell it in advance, he inadvertently gives Gailey the keys to the media storm of the month: Capitalism itself might as well be on trial.

And in Mr. Gailey’s acceptance of the case, he quits his good, stable, well-paying job, leading to the philosophical point of contention between Doris and Gailey. Doris is appalled he threw his career away “for a sentimental whim” while on an “ideological binge” — “you don’t get ahead that way,” she tells him sharply.

He tells her he wants to defend people like Kris, those who’re being pushed around (“that’s the only fun in law anyway,” he tells her). He asks her to have faith in his lawyerly skills. “It’s not a question of faith. It’s common sense,” she retorts.

The “lovely intangibles “ of life “are the only things that are worthwhile,” he insists before walking out he door.

Of course, Gailey wins his case, and Doris warms a bit to the idea that sometimes you have to exercise faith — “believing in something when common sense tells you not to.” And they continue their relationship.

Sure, 1947 was a different time, and certainly the wonderful world of Mr. Macy never existed (Macy died 70 years prior to the film’s release). Yet the film is worth a watch, and consideration, today. Its characters resonate with a potency lost to the side effects of our modern society, and O’Hara’s Doris Walker offers inspiration, independence, and depth that her contemporary Donna Reed’s Mary Bailey ("It’s a Wonderful Life," 1946), Lucy Ricardo, and many a big- and small-screen housewife, secretary, corporate climber and single young woman since simply do not provide.

The Academy must’ve found validity in the tale as well: Despite its supposedly questionable morality, "Miracle on 34th St.’s" Valentine Davies won the Academy Award for Best Original Story, and George Seaton won for Best Screenplay.

And today, in an age when women are frequently portrayed as insecure, neurotic, conniving, unstable or selfish, Ms. Walker continues to be an inspiration. I can’t help but wonder where that strong, stable, independent, secure, successful, single mother model went… and hope she returns to the screen soon. We need to see her.