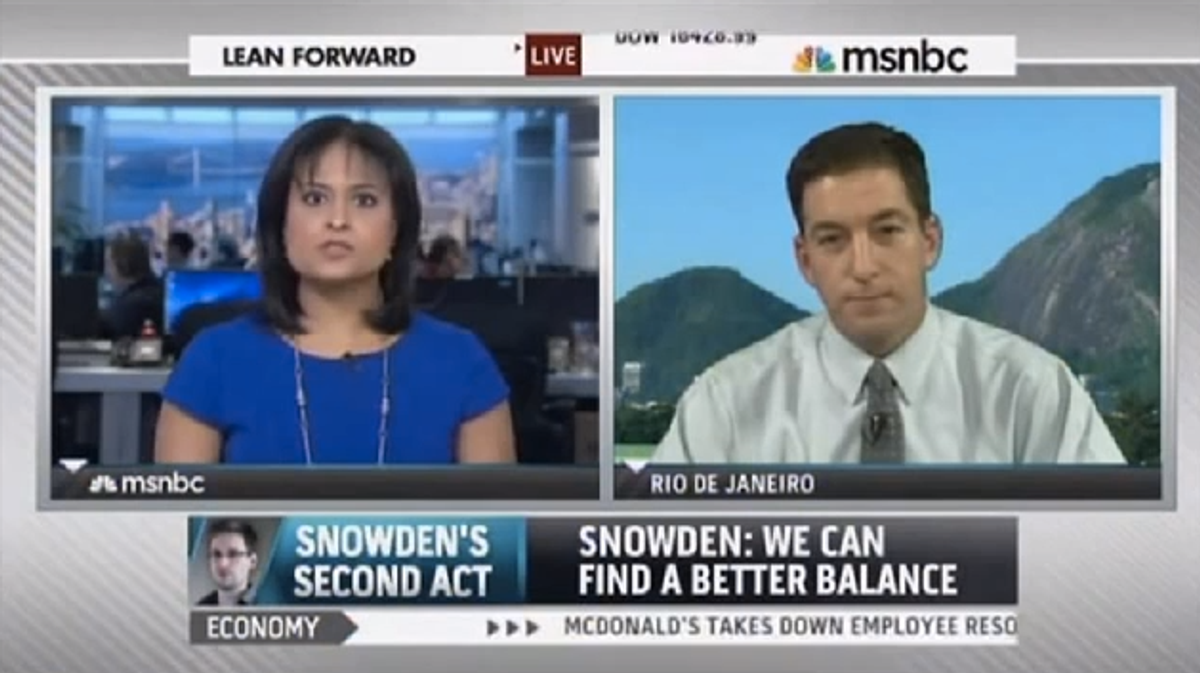 Appearing on MSNBC Thursday, Glenn Greenwald did not hold back in criticizing the cable network's Obama apologist tendencies.

MSNBC host Kristen Welker asked the journalist to answer critics of his unwavering support for NSA whistle-blower Edward Snowden. Greenwald -- a principle player in publishing Snowden's leaks -- called the criticism "ludicrous." "Every journalist has an agenda," he noted, reiterating his long-held position against how the mainstream media frames objectivity.

Then he took MSNBC to task, commenting:

"Not everyone on MSNBC does that 24 hours a day," Welker responded. "No, not everybody, but a lot of people on MSNBC do," Greenwald replied.