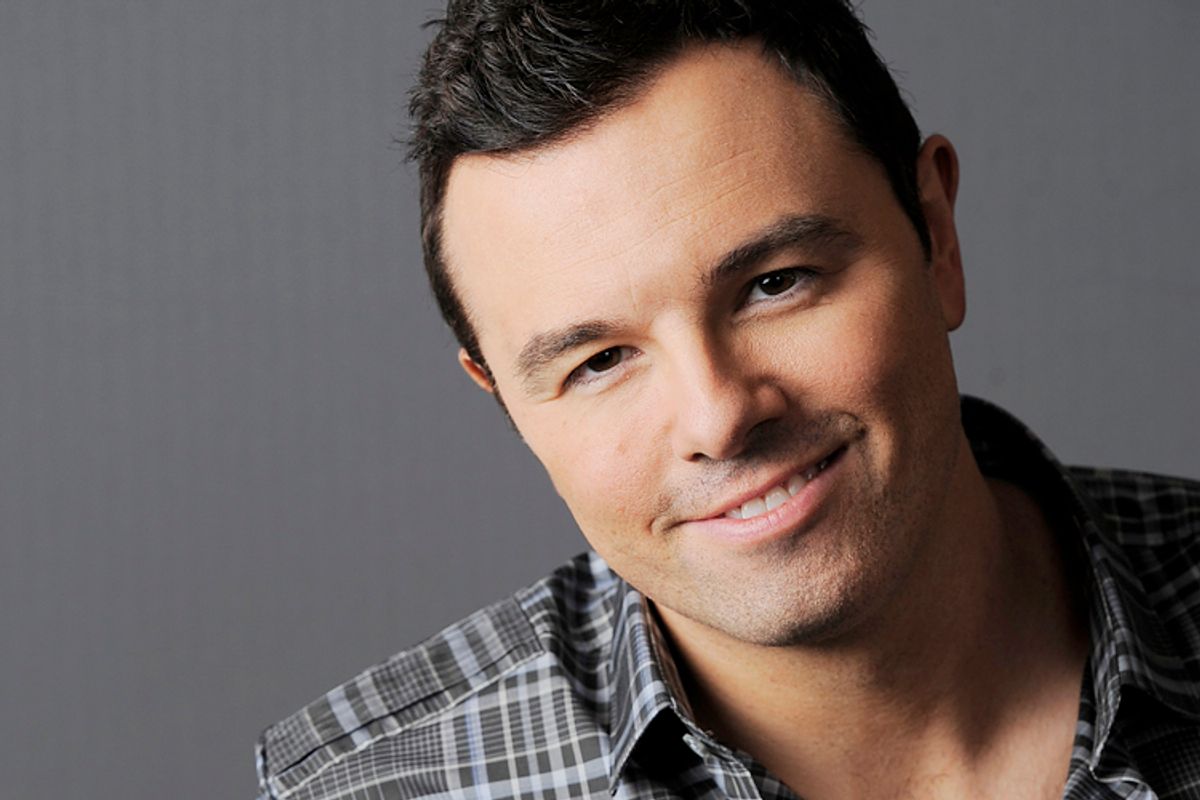 The jokes that ignited the most outrage on Twitter or fierce debate on network TV are overwhelmingly misogynistic, homophobic or racist, showing that many pockets in America have a long way to go in embracing diversity -- and why a joke is never "just a joke." Here are the six worst jokes of 2013:

For every offensive joke, the Onion has about 1,249,671 good ones. But unfortunately, that doesn’t make the bad one any less memorable -- especially when coming from a brand that progressive Americans have come to rely on.

Following the 2013 Oscars ceremony, the satire publication tweeted a joke about “Beasts of the Southern Wild” star, 9-year-old actress Quvenzhané Wallis, writing, “Everyone else seems afraid to say it, but Quvenzhané Wallis is kind of a cunt, right?”

The joke was seemingly intended to mock the media for its obsession with a child star, but it came off as misogynistic and potentially racist -- cursing at a child is probably never a good idea, especially in an environment that’s historically tougher for minorities like young black females.

After the Onion realized its misstep, CEO Steve Hannah was quick to issue an apology for the tweet. It seems that the satirical news site is back in favor these days.

Known as misogyny, racism and homophobia to everyone else, former Business Insider CTO Pax Dickinson saw his offensive comments as hi-larious jokes. One fan even compared him to Stephen Colbert!

Here is just one of his greatest hits, touching on all three areas of offensiveness: "In The Passion Of The Christ 2, Jesus gets raped by a pack of [racial slur]. It's his own fault for dressing like a whore though."

2013 saw possibly the worst rape joke of all time while also seeing one of the best counters to the rape joke of all time. Lindy West and Jim Norton debated the rape joke. Kumail Nanjiani also offered his take, telling Salon, “I think there’s a way, I’m sure, to do a rape joke that is not offensive and not really about mocking the victim or about trivializing the act of rape,” but at the same time, “I can’t honestly right now think of a positive, good rape joke. I can think of bad ones I’ve heard. I don’t want to be the guy to say, ‘Don’t joke about rape.’ But I would say, it is very hard to do in a way that’s not offensive.”

Dude humor is full of the homophobic bro joke -- you know, the punchline that’s basically just like, “UR GAY AHAHAHA GET IT UR GAY ur GAY ur GAYYYYYYYYYYYY!” This year’s biggest offender is James Franco and basically all of his friends.

“Family Guy” creator Seth MacFarlane has a schtick: If you are not a straight, white dude, you are a different thing and that thing that makes you look different is fun to laugh at with other straight white men. These things include boobs, beating women, women (they are things) and also, boobs. He calls this “edgy,” but considering sexism has been around forever, it just seems lazy.

Fox News anchor Megyn Kelly was not at all making a joke when she insisted that Santa Claus is white because he “just is,” but that’s the defense that she used for her comments after the rest of the world called her out over her ignorance. “For all you kids watching at home,” said Kelly in her original statement debating Aisha Harris’s article in Slate, “Santa just is white. Santa is what he is, and just so you know, we’re just debating this because someone wrote it about.”

She later referred to this as a “tongue-in-cheek” comment that introduced a “lighthearted” segment, blaming “humorless” viewers for not getting the “joke.” That’s funny, because comedian Jon Stewart called it something else -- “another segment of Fox News expressing anger and victimization over the loss of absolute power and reframing it as persecution of real America by minorities, freeloaders and socialists.”

Oh, and for the record, calling something a joke doesn’t make it a less serious or less critical form of expression.