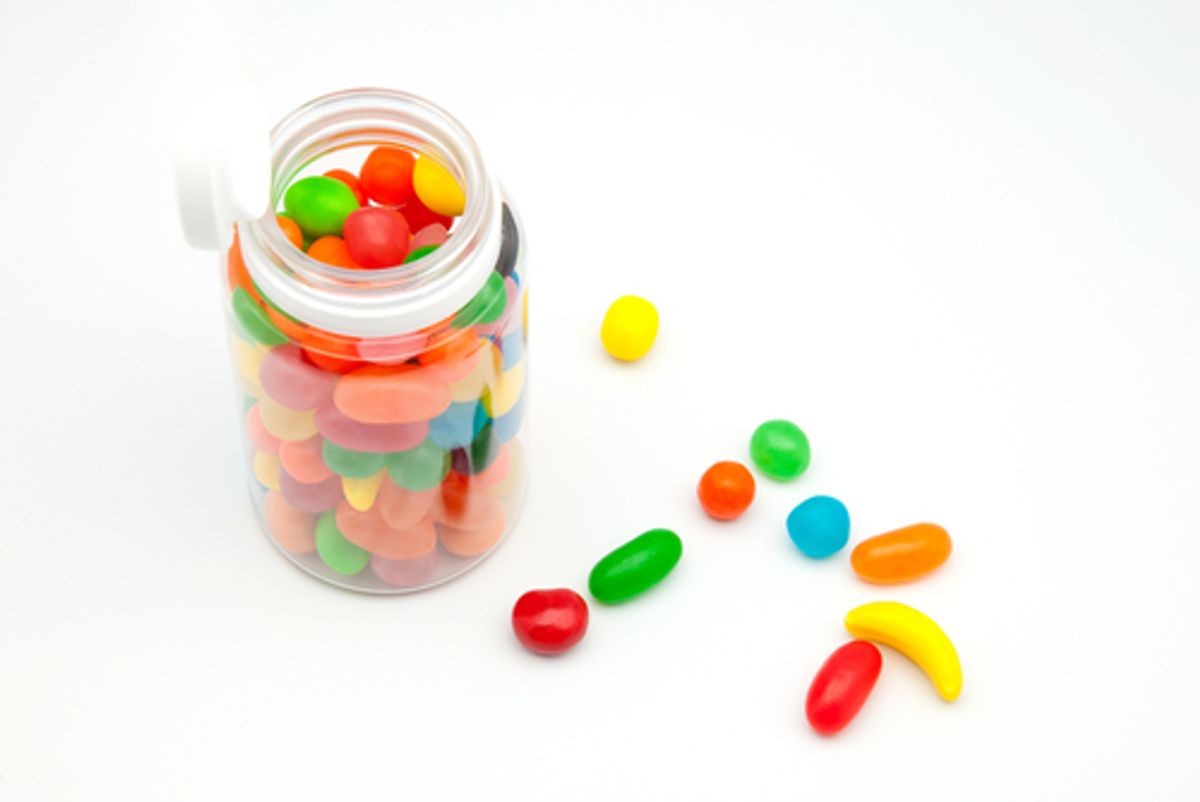 Increasingly, scientists are figuring out new ways to get around the fact that there’s often a price to pay for indulging in too much of anything. Their latest potential win-win? Sugary sweets that actually fight cavities.

A study, conducted by researchers in Berlin, shows that those who suck on a mint containing a particular type of bacteria actually reduce the levels of cavity-causing bacteria in their saliva. Suppressing the growth of such “bad bacteria,” in the long run, may lead to better oral hygiene and less contact with the dentist’s drill, the research suggests.

The beneficial bacteria, isolated during a screening process that looked at more than 800 strains, is called Lactobacillus paracasei, a probiotic found in dairy products such as yogurt and kefir. As a non-spore forming bacteria, L. paracasei has a demonstrated track record for safely treating diarrhea in babies; for this reason, it’s often found in infant formulas. It also lives in your mouth where, investigators have observed, it can prevent the growth of Streptococcus mutans, a bacteria that sticks to the lining of teeth and produces acids that dissolve enamel.

“L. paracasei can be added to just about anything,” says Christine Lang, lead researcher and founder of the German biotech startup Organobalance. “It’s not like xylitol where the ingredient can only be added to gum to help prevent tooth decay. We’ve added it to toothpaste and even sugared candy, which doesn’t interfere with how the bacteria works.”

The efficacy of this approach hinges on the fact that, like the mucous lining of our intestinal tracts, the mouth is host to entire communities of microbes—as many as 1,000 species and counting—that take up residence along our gums, tongue and teeth. All day long, they multiply and feast on organic debris that gets trapped in the crevices of teeth as food passes through. And, similar to the delicate ecosystem found within the gut, a festering imbalance of a pathogenic strain like Streptococcus mutans in the mouth can hasten inflammation and serious diseases, such as dental decay.

In this case, L. paracasei may help keep such a threat in check by binding to Streptococcus mutans and preventing the bacteria from latching on to teeth, a mechanism that remains effective even when the L. paracasei used are dead. To test the theory, Lang’s team provided 60 volunteers with a regimen of mints to suck on five times throughout the course of two days. Saliva samples were studied after the initial serving of candies and also following a final round the next morning. The results, published in Probiotics and Antimicrobial Proteins, show that 75 percent of those who were given the candies containing a dead version of  L. paracasei had lower levels of Streptococci mutans in their saliva than they had the previous day. And compared to the placebo group, this test group’s saliva had significantly reduced S. mutans as an immediate effect, the researchers concluded.

Though the results are promising, James Bader, a professor of dentistry at the University of North Carolina, isn’t entirely convinced that probiotics would make a significant impact on cavity-forming bacteria and would like to see more research aimed at demonstrating long term efficacy. “The reduction by the candy is really temporary and very small,” he tells NPR, reasoning that combating cavities would require using additives that attack bacteria in the biofilm, or plaque, on the teeth as opposed to in the saliva.

Lang contends, however, that consistently applying the kind of interventions that cultivate an environment hostile to Streptococci mutans can, over time, reduce the biofilm that accumulates, which in turn should result in less cavity formation. She points out that studies on rats fed a diet containing  L. paracasei over the course of 42 days revealed a significant decline in dental caries. She also plans to perform follow-up studies to demonstrate an effect in humans.

What’s encouraging for Lang and others in the field is that the notion of maintaining good oral health through probiotics has already shown considerable promise. While this new candy is only in the early phases of being tested, L. paracasei is used in a toothpaste product already on the market. Researchers in New Zealand and Australia, for instance, have also found strong evidence that sucking on lozenges with another beneficial bacteria called S. salivarius K12 helps to freshen bad breath. And compared to the conventional method of disinfecting with bacteria-eliminating mouth rinses, it’s an approach that might be better for your overall health.

“I myself would not rinse and kill all the bacteria because you’re getting rid of the good ones and the bad germs can always come back,” Lang says. “It is necessary that we have a good balance of bacteria, which is very natural and protects you too.”