2013: The year in high-profile firings 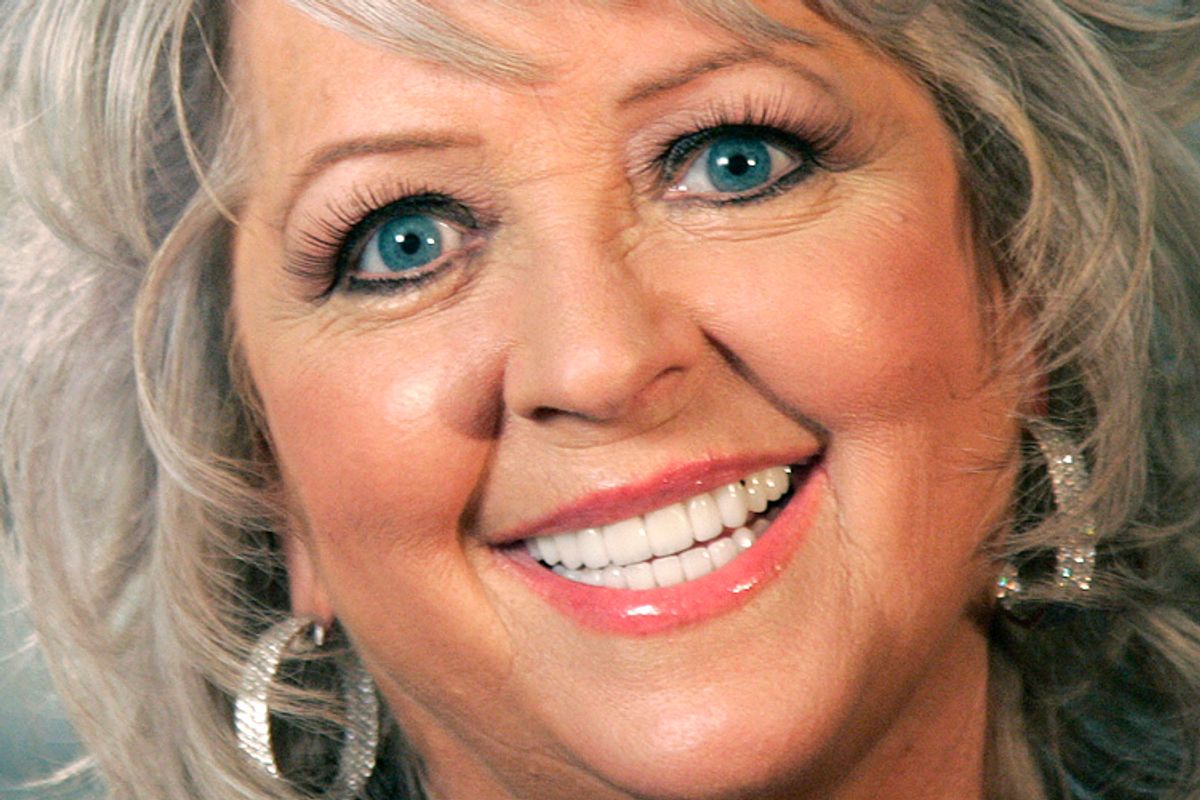 The former publicist, who worked at Barry Diller’s IAC, was publicly fired after a tweet she sent from an obscure account went viral while she was in the air on a flight to South Africa -- where, she said, she hoped not to “get AIDS,” which she wouldn't, because "I'm white!"  But many others found themselves pink-slipped this year following lapses in judgment or taste that went viral online. In past years, these offenses might not have come to light -- in Sacco’s case, Twitter forced IAC’s hand, as she likely wouldn’t have been the subject of wild speculation and mass outrage had she posted her horrific joke to a small message board in the pre-Twitter years. In other public figures’ cases, the sheer volume of discussion of their missteps online made parent companies extremely nervous.

Here are a few other people who found themselves out of a job after speaking a little more freely than is strictly professional.

You won’t find the butter-loving celebrity cook on the Food Network anymore, after it was revealed that she used the N-word and had hoped to plan a “true Southern plantation-style theme” wedding. Deen’s alleged mistreatment of black employees resonated, too: A cook who’d developed Deen’s recipes told the New York Times she’d been underpaid and mistreated. But only a couple of months after losing lucrative sponsorships and her Food Network airtime, Deen seemed primed for a comeback, declaring, “I’m back!” at a Texas cooking expo.

The reporter still, somehow, best known for exposing the bizarre home life of Michael Jackson had moved on to be one of MSNBC’s less incendiary commentary hosts -- up until he suggested that Sarah Palin, who’d compared American debt to slavery, undergo a particularly harsh punishment meted out to slaves. Palin, a self-styled free-speech advocate after the suspension of “Duck Dynasty” star Phil Robertson, criticized Bashir, and so did her fans; Martin Bashir’s show was swiftly taken off-air.

Images of a KFC employee licking a tub of mashed potatoes hit Facebook and led to her termination, as well as that of the employee who took the photos. And to think, if only her Facebook had been private, she’d never have been let go!

Similarly, if whoever managed social media for Home Depot had realized that comparing black people to monkeys was wildly offensive, he or she might still have a job. The do-it-yourselfer’s store posted a Facebook status depicting a man dressed as a monkey posing between two black people at a Home Depot-sponsored event, asking which was “not like the others.” Home Depot claimed that the tweet was created by an “outside agency” but posted by an employee, a confusing turn of phrase that passes the buck to some mysterious, utterly tasteless tweet-creating agency. Either way, there haven’t been any wildly racist tweets in Home Depot’s feed since.

Some “Big Brother” cast members had a bit too much fun this past summer indulging in the worst sort of offensive language -- against black, Asian and gay people, to name a few. It got so bad that CBS was compelled to address the issue on television after reality bloggers flagged numerous dreadful moments from the live Internet feed, and two contestants, a model and a pageant coordinator, were actually fired from their jobs back in the real world.

In another case that resembled the “Big Brother” contestants and Justine Sacco, a woman was fired from her job for off-the-clock behavior that truly shocked the conscience -- dressing as a bloodied victim of the Boston Marathon. The social media response was swift and overwhelming. While Alicia Ann Lynch, the costume-wearer, decried the response and while death threats were indeed disproportionate, the mechanics of public shaming in 2013 seemed, by and large, on target, getting people in trouble for behavior online that reflected poorly because of how retrograde, cruel, racist or just plain tasteless it was. No one wants every moment of our lives to be policed -- but in 2013, every moment online, in social media or on-the-record could be, and it was only the most extreme cases that went viral and forced a response from employers. Perhaps people will think twice in the future before posting their graphic Halloween costumes mocking victims of recent tragedy to social media -- or before donning them at all!