The government didn't stay open, women didn't get equal pay -- and more that didn't happen, in an original comic 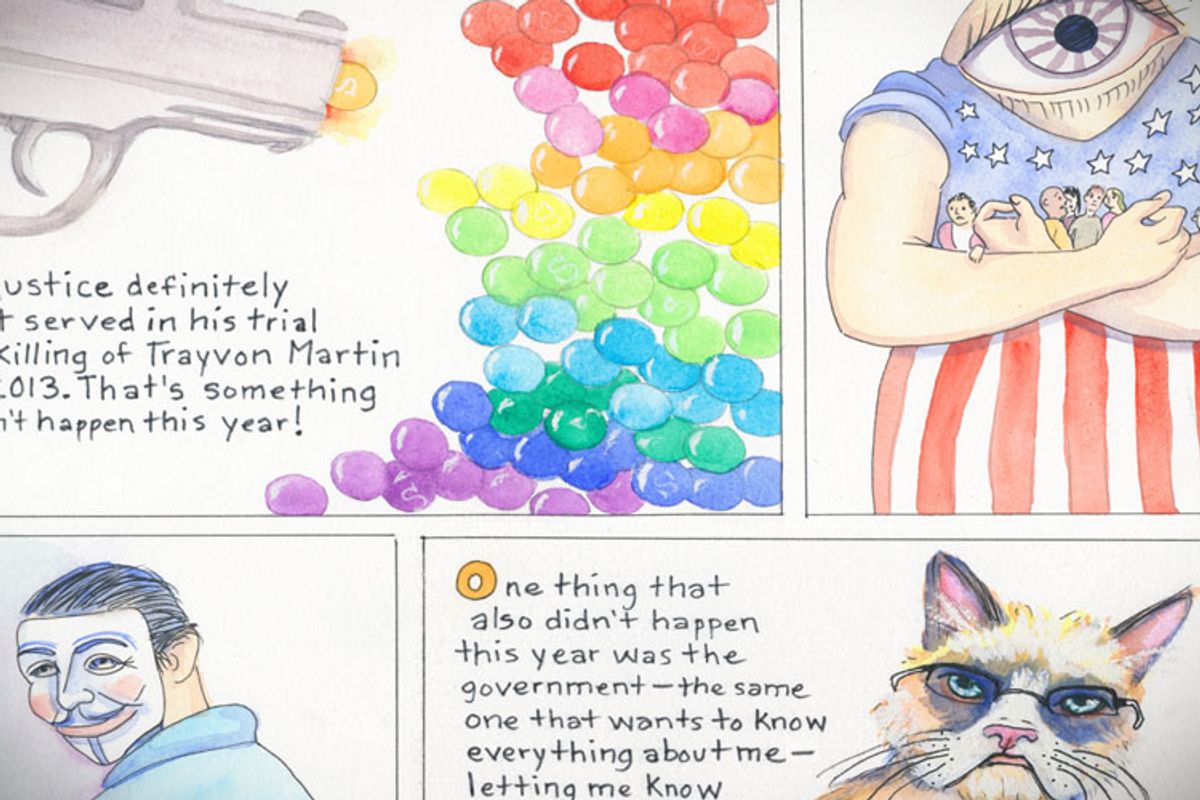 Gabrielle Gamboa is a cartoonist, illustrator, and visual artist. Her work has appeared in The San Francisco Bay Guardian, Bust, Truthout, and in various anthologies. Her adaptation of Nathanael West's "Miss Lonelyhearts" is serialized at the Comics Workbook Tumblr, and she is currently working on an original graphic novel set in late 1940's Los Angeles. Visit her at www.gabriellegamboa.com.