Is rehab harder for women? 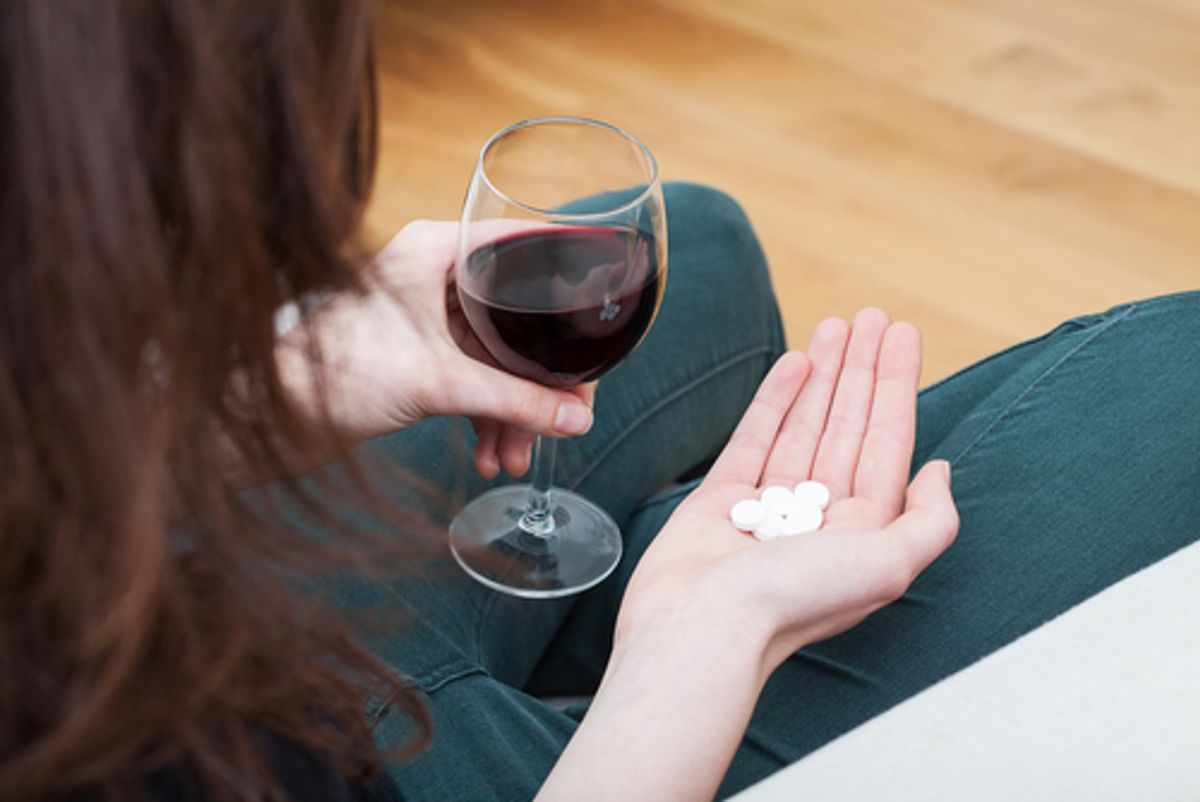 When I went to rehab in 2000, I was dying. Not necessarily physically, though I wasn’t in great shape there, either. But the biggest problem is that I was suicidal and only somewhat willing to believe that my near-constant depression was related to the vats of cocaine I was regularly shoveling up my nose. Still, I was determined to do whatever I possibly could to change.

I was also a little boy-crazy. This was nothing new; I’d been like that, in part, since my first kindergarten crush. The only time in my life when I hadn’t really been like that were the few years before I got sober: My life had gotten so small that the most regular guy in my life at that point was my coke dealer Alex and trust me when I tell you that I didn’t have a single sexual thought about him.

But suddenly, I was among the living again. I was in groups and meetings with a bounty of straight men and though my counselors and sponsor were telling me that I should avoid dating for the first year of my sobriety, it was advice that I nodded at and then promptly ignored. I’d been holed up in my apartment with only cocaine and cats for company for years and now that I wasn’t isolated anymore, they were asking me to turn off the part of myself I’d been somewhat ruled by since before I ever discovered drugs and alcohol? Uh, try again.

How well did the dating go? Suffice it to say that I ended up learning why this yearlong avoidance had been recommended. The best way I can summarize what happened is that my addiction had done something to my “picker” and as a result, the men I was drawn to weren’t the healthiest specimens. But I was one of the lucky ones—even though I dated various men and suffered rejection and remorse and all those things that can accompany less-than-healthy dating, I was able to stay the course. I don’t really know why that was true for me and isn’t always true for others; maybe my disease wasn’t as far advanced as it could have been or the men I got involved with weren’t appealing enough for me to have bottomed out after things went awry. All I know is that I have seen many women leave the program and sobriety because the pain they were experiencing as the result of romantic entanglements left them feeling like they had no other choice.

Strangely, despite the fact that it’s been established for quite some time that there are differences when it comes to treating men and women for addiction and that women from all-female recovery treatment groups relapse less often than women in mixed groups, rehabs have been slow to implement gender-specific treatment. Hazelden (in Florida, Illinois, Minnesota, New York and Oregon), Caron (in Pennsylvania, Texas and Florida) and Solid Landings Behavioral Group (in Costa Mesa, California) are the only major rehabs I’m aware of which separate the genders for treatment. And as far as I’m concerned, there’s nothing that could make more of a difference in terms of helping women find recovery.

Dr. Jerry Brown, one of the country’s leading advocates for gender-separated treatment and the clinical director at Sure Haven, the female treatment center under the Solid Landings umbrella, agrees with me. “What’s emerged is that treating women for addiction is often about treating trauma,” he says. While trauma isn’t, of course, limited to women, the fact that addicts tend to start using much earlier now than they used to—Brown estimates the average age to be 13 or 14—girls are, he says, “more likely now to get themselves in situations where they’re abused if they are impaired by alcohol and other drugs.”

But it’s not just the reasons that women become addicted which is the distinction; the way women respond to alcohol is fundamentally different than the way men do. “Women metabolize alcohol differently than men,” says Dirk Hanson, who wrote about the need for gender-specific treatment programs for Scientific American. “With less water and more fatty tissue in their bodies, blood alcohol levels are higher for women than for men. Women get drunk faster and have heavier hangovers.”

And yet it’s harder for women to pursue treatment than it is for men. Hanson cites a National Center on Addiction and Substance Abuse (CASA) book which says that for women with small children, “lack of childcare is a serious obstacle to seeking treatment…For some women, fear of losing their children to the child custody system upon admission that they have a problem makes them apprehensive about entering treatment.” And that’s not the only obstacle. “Women are stigmatized,” says Dr. Paul Hokemeyer, a marriage and family therapist in New York. “Because they breathe in the dominant cultural message that tells them they need to be ‘pretty and perfect,’ women often internalize enormous guilt and shame about their condition.”

Thankfully, some are doing everything they can to even out the playing field a bit. The work that Brown and Sure Haven are doing isn’t solely focused on dividing the genders so that they can stay better focused but also on providing as much information as possible to their female clients about how, exactly, their bodies work. One of Brown’s main objectives is to spread awareness about just how much hormones can impact addiction. “I noticed in my practice women telling me they’d wake up in jails and detoxes wondering what happened,” he says about coming to realize the significance of monthly cycles on relapse. “I’d ask, ‘Did you start your period in detox or jail?’ And they’d always say the same thing: ‘How did you know?’”

I told Brown what my very first sponsor told me: to mark in my calendar when my period was due. I’d told her at the time that things like that didn’t impact me very much and she’d said, “Oh, you just think that because you’ve been messed up for so long. Once you start paying attention to what’s going on and not poisoning yourself anymore, you won’t believe how much your hormones impact your moods.” (Let’s just say that this wasn’t the only thing she got 100% right.)

Brown is surprised that more clinicians who work in recovery don’t consider these factors more—“Even women in the field seem to not pay attention to this”—and he’s determined to stress the information to Sure Haven’s female clientele. “Information is power,” he says, explaining that the women there receive lectures not only on Premenstrual Disorder but also on eating disorders since so many females in recovery are also in recovery from anorexia.

But none of this means that recovering men are left out in the cold when it comes to receiving education about the particular challenges women in recovery face. “I also give the lectures on PMDD [Premenstrual Dysphoric Disorder] to the guys,” Brown says of the talks he gives at Rock Solid Recovery, the Solid Landings treatment center for men. “Sometimes they look at me as if to say, ‘Why are you telling me this?’ And I’ll say to them, ‘Do you have a wife, a girlfriend or a mother? Is she possibly an addict? This impacts you too.’”

Anna David is the New York Times-bestselling author of the novels Party Girl and Bought and the non-fiction books Falling For Me, Reality Matters and By Some Miracle I Made It Out of There. Her newest book, True Tales of Lust and Love, will be released in January. She’s also the CEO and Editor of TheAfterPartyGroup, the parent company for AfterPartyChat and AfterPartyTreatment.