Her recent statement aside, audio from the Challenger disaster seems to have little place in a love song 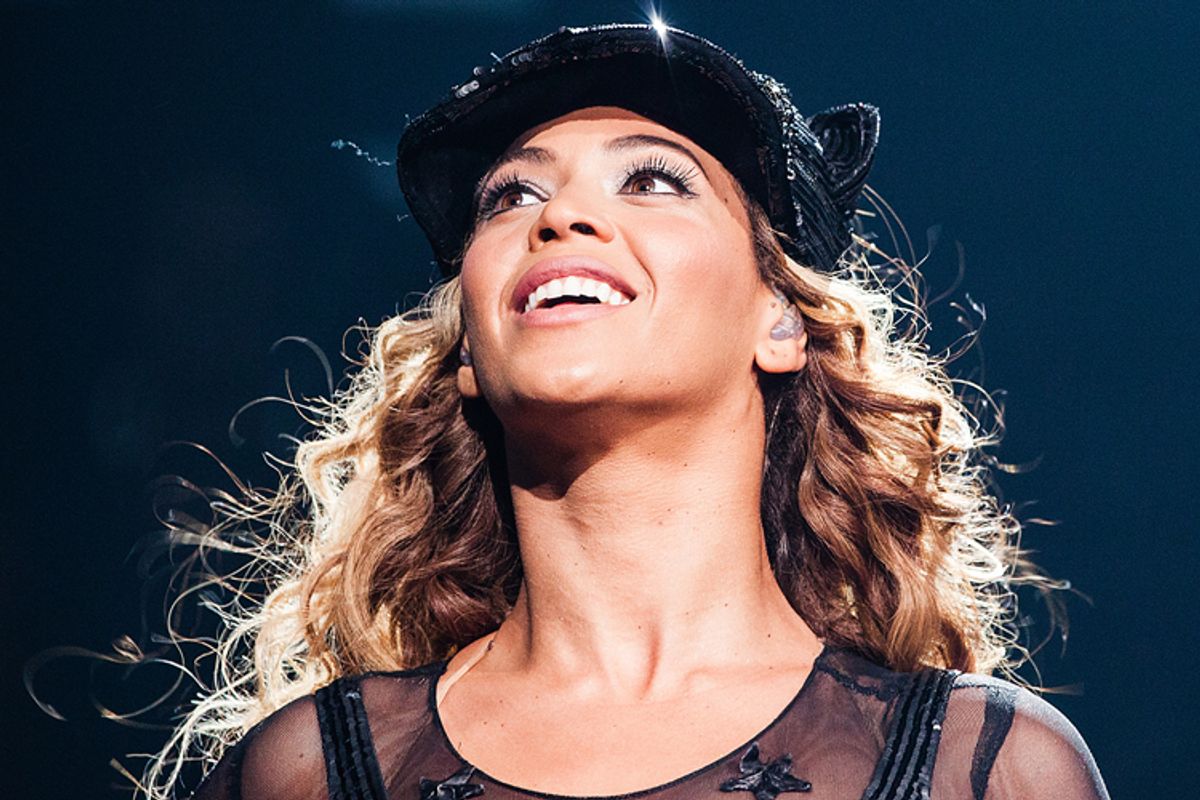 If there's one thing that's clear by now, Beyoncé does whatever she likes.

Her recent album, also called "Beyoncé," was completed in secret and released with no advance fanfare, upending the entire year in pop preceding it. The album deals with (among other topics) Beyoncé's boredom with the recording industry. But the singer may have pushed some fans too far with her sampling of audio from the Challenger space shuttle explosion in the song "XO."

The song, which is being promoted as a single, begins with a NASA official saying, "Flight controllers here looking very carefully at the situation; obviously a major malfunction." This is the audio from the 1986 broadcast of the Challenger's explosion, which killed all seven crew members.

It's less offensive than it is just plain weird: Why did Beyoncé include audio about a "major malfunction" in the first place, whatever its provenance, on a song about a happy relationship? Did she not think people would figure out where it was from, or find it a peculiar way to address a fatal incident?

Beyoncé's statement on the issue is a bit difficult to parse: "The songwriters included the audio," she said, "in tribute to the unselfish work of the Challenger crew with hope that they will never be forgotten." OK, except an upbeat pop song is a very unusual place to honor that crew, and removing context in order to make a self-promotional message is actually a great way to ensure the crew will be forgotten. Beyoncé also said:

The song 'XO' was recorded with the sincerest intention to help heal those who have lost loved ones and to remind us that unexpected things happen, so love and appreciate every minute that you have with those who mean the most to you.

This is a generous interpretation of the relevancy of the Challenger explosion to "XO," a song about how Beyoncé loves Jay Z, but Beyoncé correcting the actually angry families of Challenger astronauts to tell them what the audio of their loved one's death means seems a bit presumptuous. Oddly, the reading of the song that says it's about appreciating life in the moment makes it more offensive, not less; did the astronauts on the Challenger fail to get a kiss before they "turned the lights out"?

The singer will be fine, surely; she's had vulnerable moments in the past (as when, say, she was outshone in "Dreamgirls" and made shady comments about costar Jennifer Hudson's weight) and always rebounded. Over time, Beyoncé has shown herself to be a person who marches to her own beat for good (her music) and ill. Beyoncé, along with her writers, freely took audio of the Challenger disaster to make something new, much as she has been accused of taking songs and dance routines by other people.

Godwin's Law, indicating that bringing up the Third Reich effectively ends a conversation, is just about the only hard-and-fast guideline about what one can or cannot do with parallels to historical tragedies. Pop music isn't a common area for references to history, though Lady Gaga's "Dance in the Dark" featured allusions to the deaths of Sylvia Plath and Princess Diana, among others -- and those landed. The song was actually about what it purported to be -- it earned the mentions of famous dead people. "XO" doesn't, really. It exists simply because Beyoncé is rarely told "no."