"Duck Dynasty" now has its own line of guns 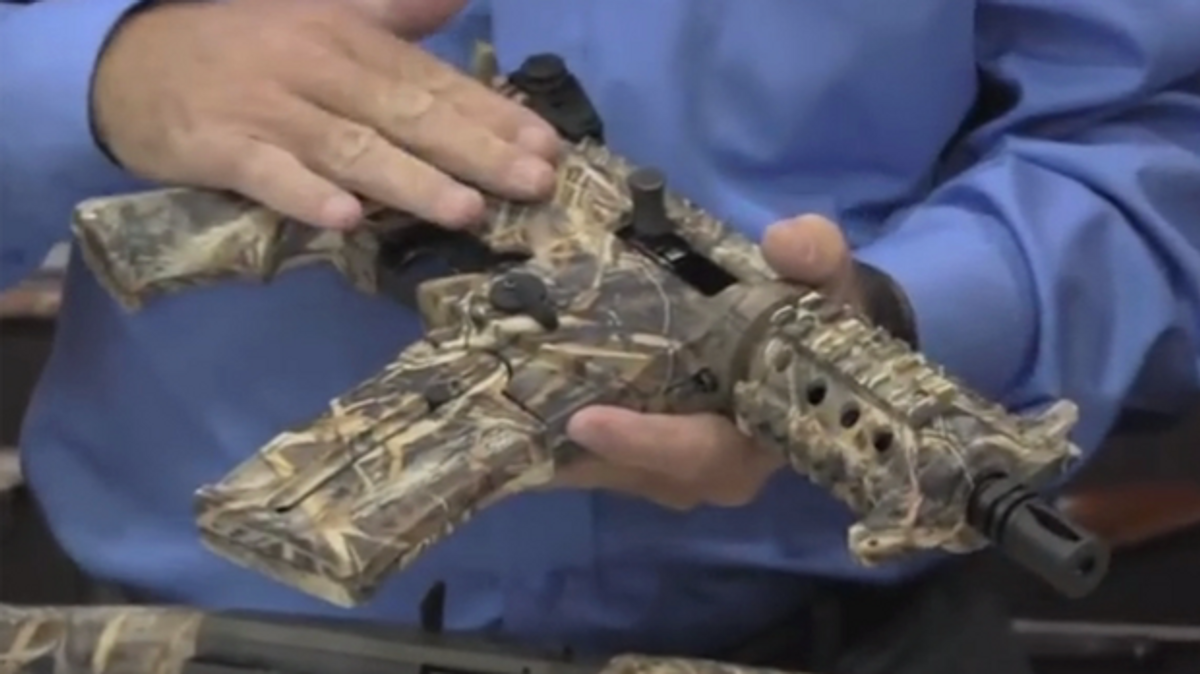 We may have reached peak Phil Robertson.

Amid ongoing criticism of Robertson and his deeply racist and homophobic views, the "Duck Dynasty" patriarch and the rest of his bearded brood have launched their own line of deadly weapons.

The gunmaker Mossberg has teamed with Duck Commander, the company owned by "Duck Dynasty's" Robertson clan, to release nine different shotguns, as well as two semiautomatic rifles and a semiautomatic pistol.

Mossberg has begun shipping some of the shotguns to distributors, according to spokeswoman Linda Powell. She declined to name specific retailers that will carry them. [...]

The pistol and one of the rifles have military-style designs with large capacity magazines holding at least 25 rounds. The rifle has some of the features of an assault rifle, but with a relatively low .22 caliber.

Mossberg's Web site says its .22-caliber pistol is "perfect for small game, plinking, target shooting -- or clearing cottonmouths out of your duck blind."

Mossberg's Web site says the firearms will all come with an American flag bandana "like the one worn by Willie," a character on the show.

Robertson's sons are featured prominently in four ads for the guns, but Robertson narrates one of the videos himself. In it, he asks the viewer, "Do you know what makes me happy, ladies and gentlemen? To blow a mallard drake's head smooth off."

It is, of course, generally unnerving that someone who thinks like Robertson now has his own brand of deadly weapons, but it is equally upsetting that this terrible person has found yet another way to line his terrible pockets.