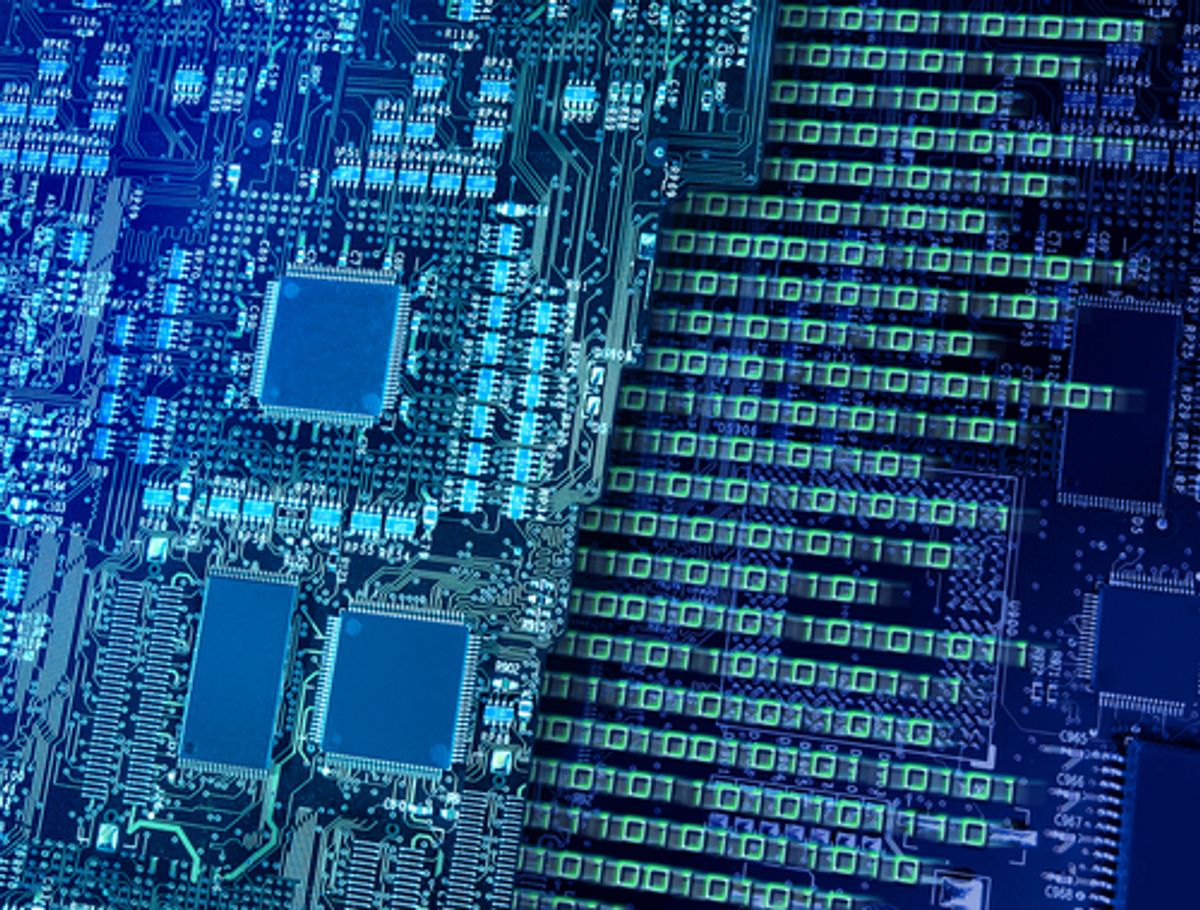 According to documents leaked by Edward Snowden, the National Security Agency is working to build a “a cryptologically useful quantum computer” -- a machine that could essentially break every type of encryption with hitherto unforeseen speed and ease.

Reporting on the latest NSA revelation in the Washington Post, Steven Rich and Bart Gellman noted, "With such technology, all current forms of public key encryption would be broken, including those used on many secure Web sites as well as the type used to protect state secrets."

The quantum computer -- types of which are also being developed in E.U. and Swiss labs -- works on the assumption principle to quantum physics that a given object exists in all possible states at once, as opposed to the binary computing assumption that sees objects in either zeros or ones (but never both simultaneously).

The Post explained why quantum computing efforts are of use to the NSA's encryption breaking efforts:

Here’s how it works, in theory: While a classical computer, however fast, must do one calculation at a time, a quantum computer can sometimes avoid having to make calculations that are unnecessary to solving a problem. That allows it to home in on the correct answer much more quickly and efficiently...

A working quantum computer would open the door to easily breaking the strongest encryption tools in use today, including a standard known as RSA, named for the initials of its creators. RSA scrambles communications, making them unreadable to anyone but the intended recipient, without requiring the use of a shared password. It is commonly used in Web browsers to secure financial transactions and in encrypted ­e-mails. RSA is used because of the difficulty of factoring the product of two large prime numbers. Breaking the encryption involves finding those two numbers. This cannot be done in a reasonable amount of time on a classical computer.