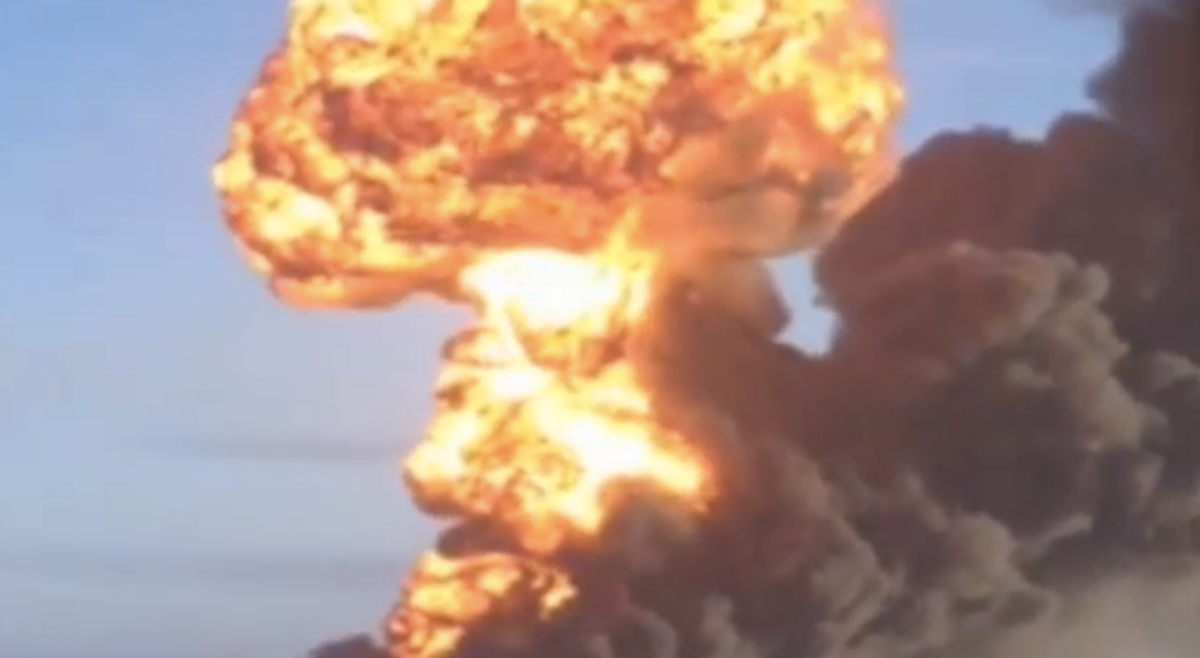 When a mile-long train carrying crude oil through North Dakota derailed and exploded in a "giant fireball" Monday, Mayor Ed McConnell of nearby Casselton commented that his town, which evacuated as strong winds blew acrid smoke and soot toward them, had dodged a bullet. This was, after all, the fourth serious derailment in North America in just the past six months, including the July incident that saw 47 killed in Quebec.  "It's almost gotten to the point that it looks like not if we're going to have an accident, it's when," McConnell told the Associated Press.

And while many are continuing to question the safety of rail transport for crude oil, officials now say they have reason to believe that oil from North Dakota's Bakken field -- which stretches across the state into Montana and southern Saskatchewan -- is more flammable and explosive than traditional crude oil. Certain chemicals that are more prevalent in the Bakken oil, the Pipeline and Hazardous Materials Safety Administration announced Thursday, may be particularly flammable, corrosive and toxic.

PHMSA  issued a safety advisory "to notify the general public, emergency responders and shippers and carriers that recent derailments and resulting fires indicate that the type of crude oil being transported from the Bakken region may be more flammable than traditional heavy crude oil."

In addition, PHMSA warned that improper safety measures taken by oil transporters are in urgent need of being addressed. Businessweek reports:

The agency’s findings may expedite the rail industry’s push for stronger tank cars for moving crude and other hazardous materials. It strengthens calls for the petroleum industry to accurately label tank-car contents and test shipments to make sure they don’t contain gases from the lighter oil produced in the shale rock in North Dakota.

“We believe there is sufficient cause for concern,” about whether crude shippers are properly labeling tank cars’ contents, Jeannie Shiffer, a pipeline-regulator spokeswoman, said in an e-mail.

New safety upgrades, Reuters estimates, could cost the industry as much as $3 billion.