9 winter songs to help you weather the cold

It may be snowy outside, but these tracks will keep you entertained 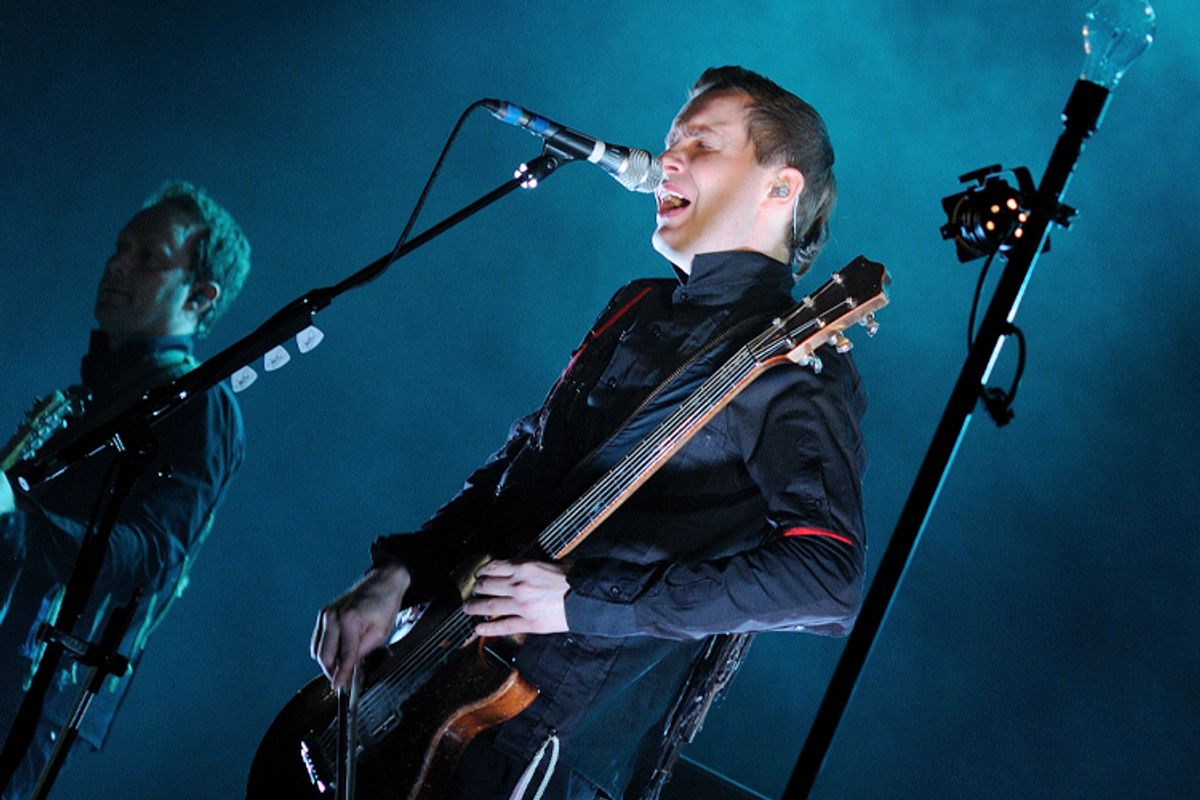 'Tis the season to slog through snow, freeze various appendages and take forever to get your kids into snow gear in preparation for taking forever to get them out of it. Here then are nine songs about cold and frost and snow and ice and shortened days, to listen to in front of a fire if you've got one.

Jody Stecher and Kate Brislin, "Walking Through Your Town in the Snow"

This is from Stecher and Brislin's 1997 tribute to the music of folk singer and songwriter Utah Phillips. Phillips was in the radical folk tradition of Woody Guthrie, and this lilting song is a deceptively harsh account of a homeless man, outcast in the cold — that "your town" is an accusation. Stecher and Brislin's harmonies emphasize the isolation; the only one in the iced-over town who will acknowledge the wanderer is his own lonesome echo.

Recorded for Waters' 1964 acoustic album, pitched at a folk revival audience. Returning to Southern roots was a commercial decision, but Waters makes it feel heartfelt here; the shiver in his moan sounds absolutely convincing, and the slow spacious guitar work drips icy dread. You can almost see those cold-stunned birds falling out of the sky, jerking once or twice with the guitar before they meet their frozen end.

The title track of the the quartet's 1988 album. The short work by Aulis Salinen contrasts a chorus with ominous minor strings — carolers singing a bleak requiem. Salinen is Finnish; as this list shows, there are a lot of Scandinavian songs about the cold.

Old school Norwegian black metal from Darkthrone's influential album "A Blaze in the Northern Sky." Cold death at your throat isn't something to mourn for these guys; instead, the prospect of sleet burying the carolers is celebrated with grateful shrieks. "For this Eternal winter/a new god ruled the sky/the million hands of joy/have something holy to burn." The track sounds like it was recorded in someone's basement with the thermometer plummeting, while echoey chanting at the end calls on foully whispering beasts from outside of time to manifest and suck away any remaining warmth.

And one more from way up north. Icelandic band Sigur Ros manages to be a little bit Kronos and a little bit Darkthrone with this 2010 song for John Peel's radio show; spacious and clean with the occasional hint of scratchy  dissonance. I always think of Sigur Ros as making music by which to sweep over the fjords, and whoever made the unofficial video here seems to have had a similar idea, with some hapless guy wandering about the forest. Sigur Ros' landscape doesn't have quite the feral evilness of Darkthrone's, but you can maybe see them embracing a moderately demonic twee chill.

Speaking of twee chill, here's A Sunny Day in Glasgow, from their 2010 album "Autumn Again" with some shoegazy sun-dappled snow cheer. If Sigur Ros is always panning across the fjord, Sunny Day are always undulating in glades — though this time those glades include tinkling icicles and some snow drifts for children and woodland creatures to frolic upon. The end dissolves into skyward shimmering; everybody looking up through evergreen branches heavy-laden with snow and bliss.

Reggae singer Carlton Livingston's sad story of one cold winter without a sweetie to cuddle. "The boys and the girls are going to the movies/but I've got to stay at home, because my baby's she's not here," he explains, though he doesn't sound all that sad about it.  Maybe it's because winter doesn't actually get that cold in Jamaica, or maybe it has something to do with the consolatory joint he rolls himself.  Either way, the track bounces jauntily along, a tropical winter beat for those spending the end of the year nearer to the equator.

Country music is known for being willing to hold onto its metaphors, but even by that standard John Hiatt's devotion to the central icy conceit here is impressively preposterous. That's especially the case since the whole song is one extended, labored pickup line. Still, the performance's goofy, dragging sincerity packs a punch, as Hiatt's keening yodel mirrors the slide guitar, mournfully apologizing to winter for so flagrantly misusing it in this fashion. Emmylous Harris' more low-key version, with Bonnie Raitt singing background, has its own virtues, but doesn't manage to quite capture the original's bloated crying-in-your-beer melodramatic charm.

White-garbed glam-rock shoulda-been megastars Angel with their 1978 schlock-rock mall-burner. More Vegas than Vegas, more Muzak than Muzak, this is sublime corn of Shatneresque proportions. The video is a thing of wonder, from vocalist Frank DiMino's hydraulic eyebrows; to keyboardist Gregg Giuffira's waterfall of hair; to the ridiculous electronic choir effect that comes in every time the lyrics say "choir"; to guitarist Punky Meadows thrusting and swaggering as if he's playing badass cock rock in a song with lyrics like "by the fireplace/ there's a smile on every face." If you don't love Angel, you have a lump of rock for a heart.