"Fifty Shades" may have popularized the sexier variant on traditional romance, but now it's here to stay 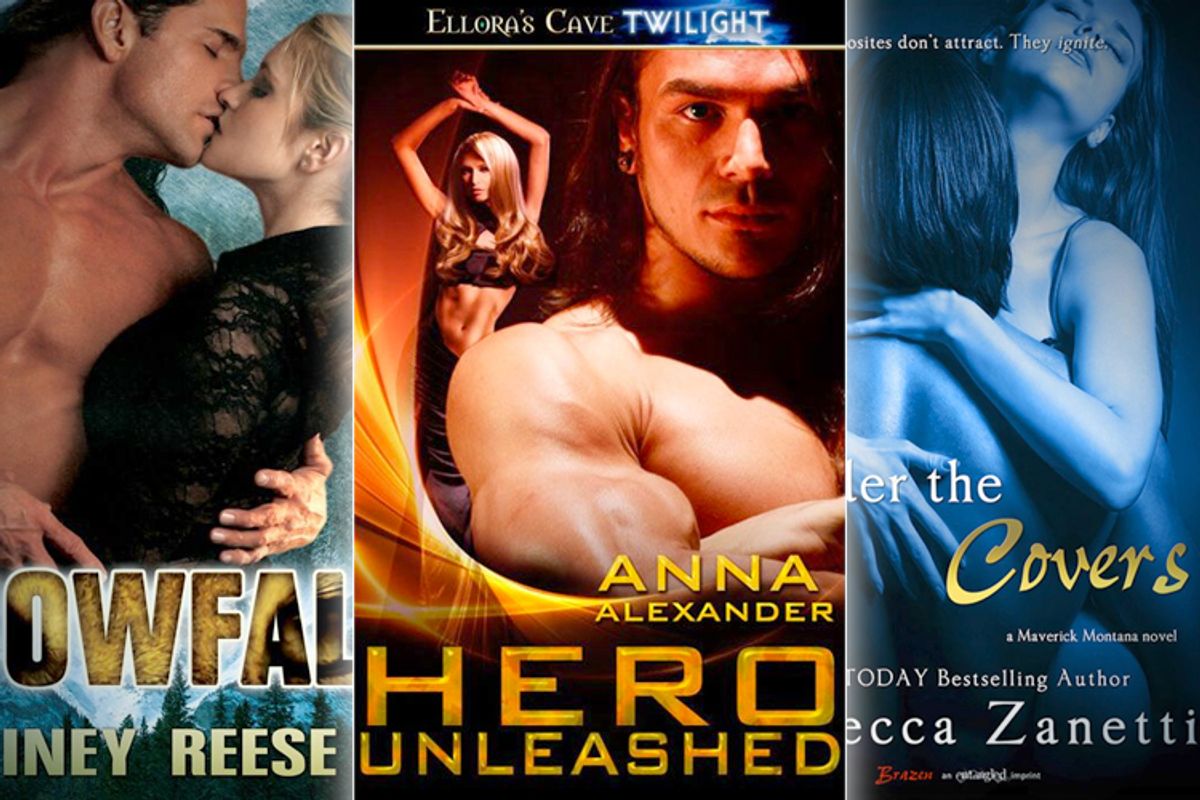 In green pajamas, I rushed through the elegant lobby of the Westin hotel near Seattle and followed the sound of pop music to a large, dim room, with balloons, streamers and sparkly confetti. I hovered at the entrance to the Jammies Jewels Soiree as attendees of the Emerald City Romance Writer’s Conference mingled and danced in comfy pajamas, feather boas and bunny slippers. A woman I didn’t know in pigtails and white flannel gave me a friendly smile. It turned out she was an agent and a top dealmaker in digital fiction. She and the other women at her table were some of the most powerful editors and agents on the romance scene today.

Yet while there’s been a glut of bad writing following “Fifty Shades,” more deserving books found their way to the pinnacle of popularity in its wake. Published in April 2012, a few weeks after “Fifty Shades” skyrocketed, Sylvia Day’s “Bared to You” ended at #4, after the “Fifty Shades” trilogy, on Amazon’s 2012 list of best-selling print and eBooks combined. Like E.L. James, Day tells the story of a young woman beginning her professional life and falling for an “impossibly gorgeous,” damaged and dominant billionaire. He initially wants only a physical relationship and says, “Romance isn’t in my repertoire, Eva. But a thousand ways to make you come are. Let me show you.” Like the hero in “Fifty Shades,” he develops a controlling and obsessive desire for the heroine and tells her, “I must’ve wished for you so hard and so often you had no choice but to come true.”

But, unlike “Fifty Shades,” Day’s hero never tries to coerce Eva into doing something for his pleasure alone. Furthermore, even though she’s often submissive, Eva, with her own dark past and insistence on her own sexual and psychological power, is a stronger and tougher character than James’ less experienced heroine.

So why make sex so important? Some say it’s all about writing better characters. Anna Alexander, author of novels about superheroes finding love, who at Jammies and Jewels wore a black boa, and topped her mass of dark curly hair with a rhinestone tiara, explained, "People are at their most vulnerable when they're naked together, which leads them to admit their true feelings even if only to themselves.”

Some of the women I interviewed had no intention of writing any sex scenes when they began. Lainey Reese, former banker and bestselling author of "Table for Three," a ménage erotic romance, said she initially meant to write an inspirational Christian romance without sex but felt frustrated by constantly running into that closed door. Rebecca Zanetti's first book was a young adult romance. An agent commented that Zanetti didn’t have a young adult voice, because after reading the book she just wanted the characters “to go do it.” Zanetti realized she was naturally drawn to writing hot sex scenes, and never looked back. This November, she quit her job as a law professor to write the spicy contemporaries and vampire paranormals that bring in four or five times as much money as her professor’s salary.

For Lynda Aicher, more subversive sexual situations allow her to explore the theme of personal acceptance. Her stories are about people learning to accept what they want even if their desires are rejected by society as a whole. She challenges her readers as much as her characters by creating a different sexual dynamic in each book. Her “Wicked Play” series features a submissive heroine, a dominant heroine, a male/male/female ménage, and even a male/male storyline. While she recognizes she might lose some readers by writing a male/male novel, she hopes she’ll also gain some from the relatively new and growing market of male/male erotic romance written by women for women. Besides, that was the story her characters demanded of her.

"Fifty Shades of Grey" is a key part of this new discourse. According to Limber, no one can say exactly why a book of dubious quality that languished for two years suddenly burst onto the market and sold one million copies in eleven weeks, faster than any book ever before. For whatever reason, "Fifty Shades" was the book that tapped into a latent mainstream hunger for erotic romance. Even if, like Reisz, they strongly dislike the book, writers recognize that it’s enormously increased the popularity of their genre and even their own book sales. As Arend, the bestselling author of westerns and parnormals, who back at Jammies and Jewels wore not only her cowboy hat but also leopard pajamas, a gun holster and Ugg Boots, said, “'Fifty Shades' opened the library doors for all of us.”