The country is the world's biggest market for ivory 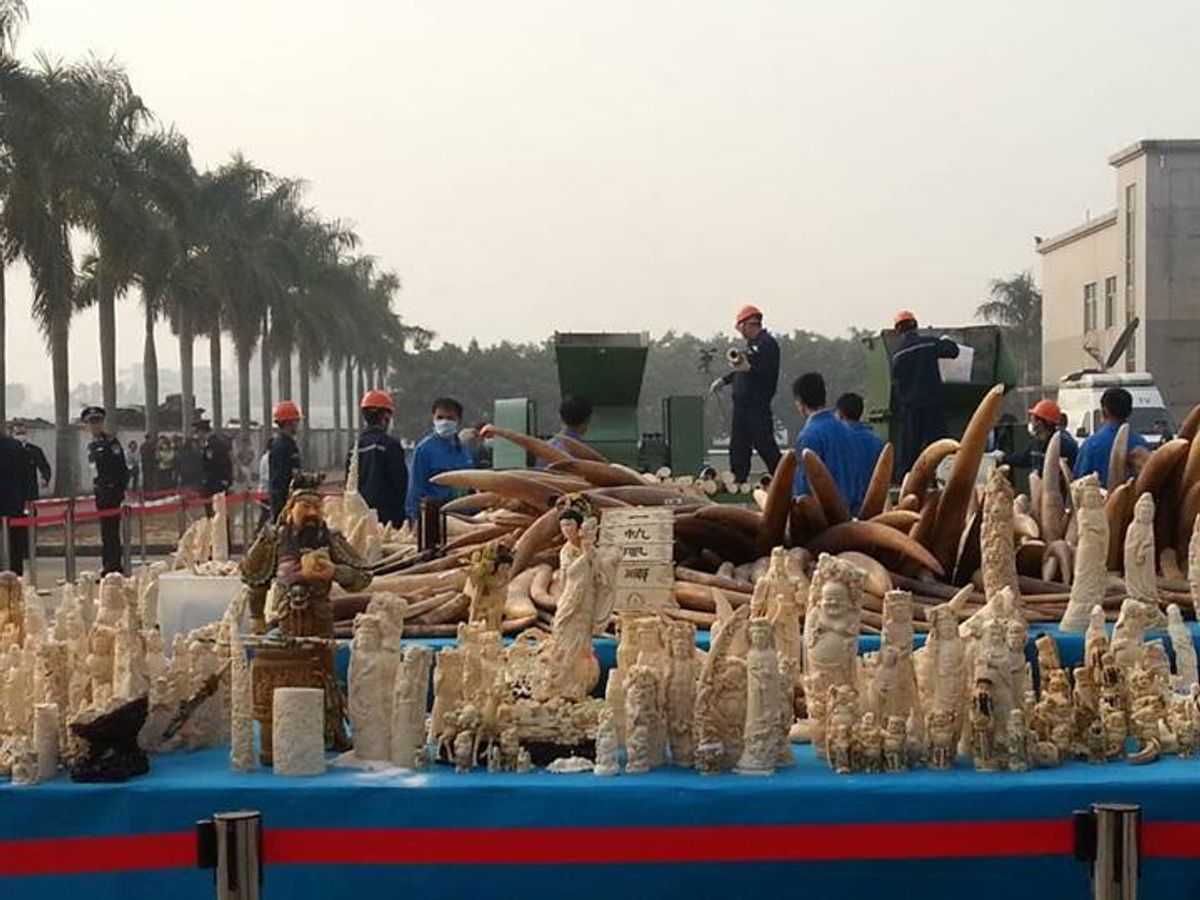 The move, which echoes action taken by the U.S. last November, marked the first time China publicly destroyed any of its stockpile. The country is the world's biggest market for ivory, where it's seen as a status symbol among the growing middle class. Last year, its street value was reportedly higher that that of gold and heroin.

Some argue that destroying seized ivory can have the unintentional effect of driving up ivory's black market value. Many animal rights groups, however, are hailing China's willingness to take a stand against poaching, even if it's mostly symbolic.

"China is sending a very powerful message both domestically, to the Chinese people, and internationally, that it is not prepared to tolerate the illegal trade in elephant ivory," John Scanlon, secretary general of the Convention on International Trade in Endangered Species, said during the event.