Of course they did 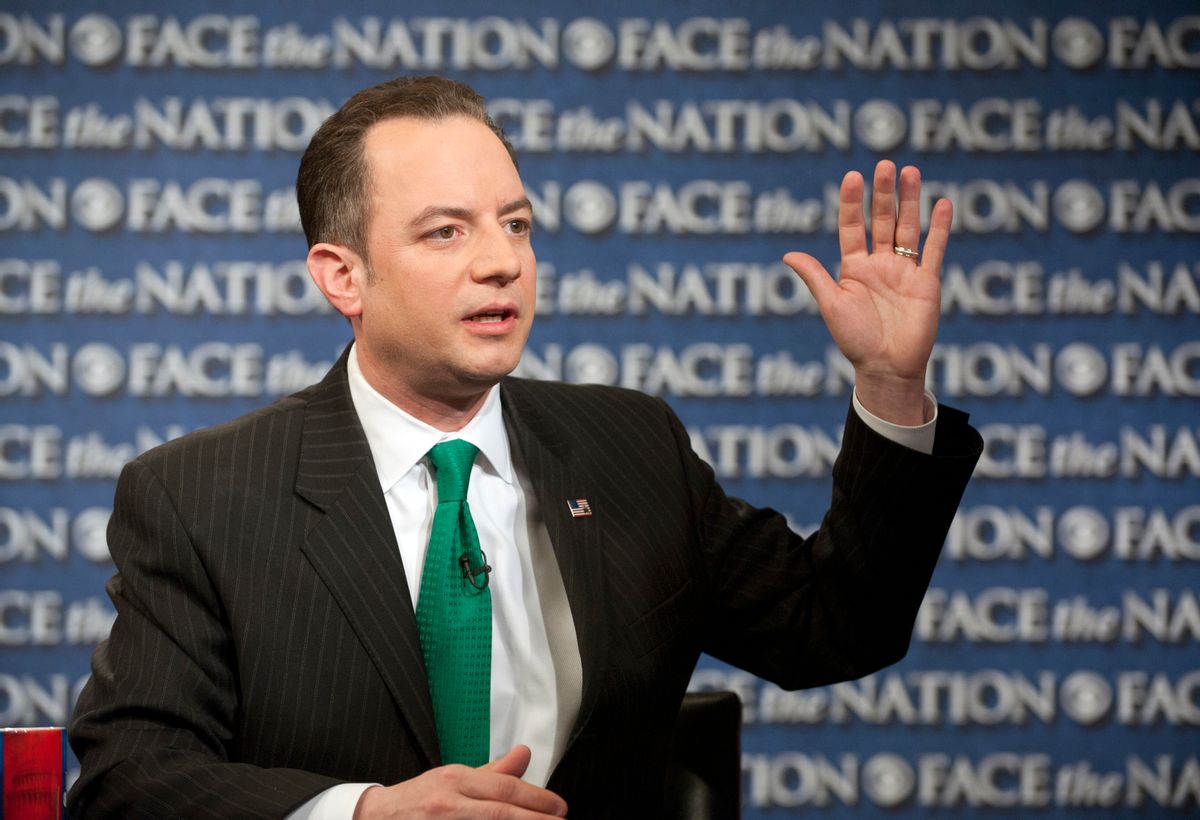 Republicans won't have to choose between attending their national committee's annual winter meeting and protesting, en masse, women's right to access basic healthcare, thanks to some quick thinking from RNC officials.

Not only has RNC Chairman Reince Priebus cleared the meeting schedule for Jan. 22, he is also providing buses to bring members to the National Right to Life's massive antiabortion rights rally, which is synced up with the 41st anniversary of Roe v. Wade.

Spokesperson Kirsten Kokowski said in a statement obtained by CNN, “The chairman decided it was important to give everyone an opportunity to go."

That many Republicans would want to attend the rally should surprise absolutely no one, considering the year the party has had in advancing draconian restrictions on the procedure and generally being total dicks about women's reproductive rights.