"The preoccupation with transition and surgery objectifies trans people," the actress explained to Couric 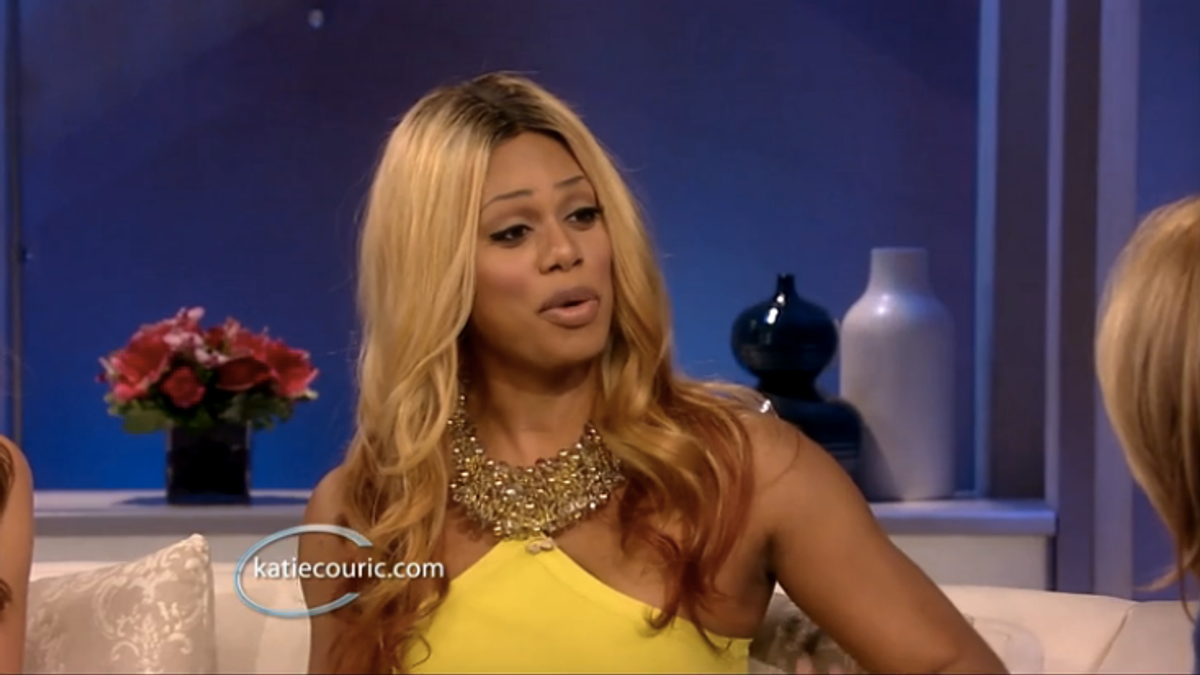 Transgender model Carmen Carrera and "Orange Is the New Black" star Laverne Cox sat down on Monday with Katie Couric to discuss their careers, upcoming projects and their experiences as high-profile transgender women using their platforms to bring issues of trans justice to national attention.

But Couric, it seems, was mostly interested in talking to both women about their genitalia, in order to "educate" others who may not be "familiar with transgenders."

After her clueless deployment of "transgenders" as a noun, Couric referred to an earlier segment during which Carrera had (rightly) deflected her invasive questions about surgery and trans bodies ("I don't want to talk about it, it's really personal," Carrera said in reply), then pushed the issue again to Cox, whose response was absolutely perfect:

I do feel there is a preoccupation with that. The preoccupation with transition and surgery objectifies trans people. And then we don't get to really deal with the real lived experiences. The reality of trans people's lives is that so often we are targets of violence. We experience discrimination disproportionately to the rest of the community. Our unemployment rate is twice the national average; if you are a trans person of color, that rate is four times the national average. The homicide rate is highest among trans women. If we focus on transition, we don't actually get to talk about those things.

Cox then turned her attention to the recent murder of Islan Nettles, a 21-year-old trans woman, and the staggering rate of violence against trans people in the United States. "By focusing on bodies we don’t focus on the lived realities of that oppression and that discrimination,” she concluded.

Cox is a force, and the full segment is well worth your time. Watch it here: