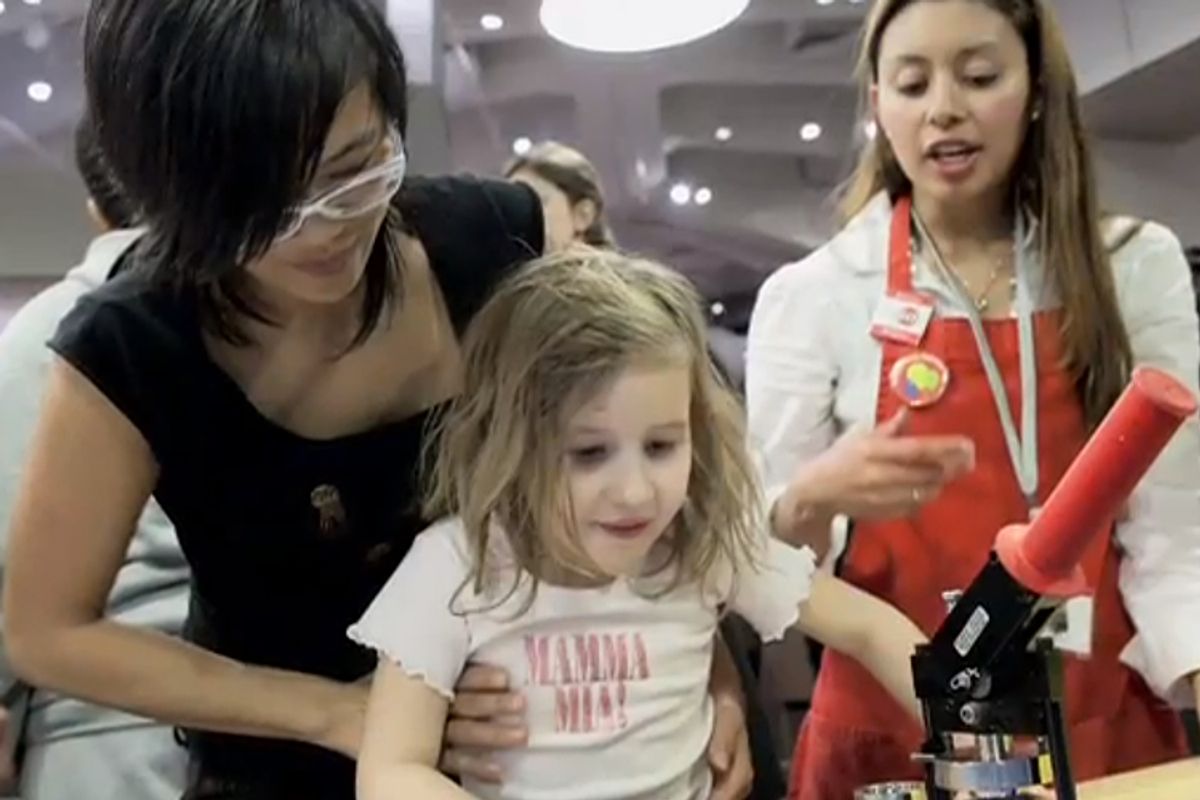 It is a peculiarity of Evgeny Morozov, the foremost critic of our Twitterific age, that he could write 4,000 words in the New Yorker disemboweling the "Maker" movement without giving any indication whatsoever that he had ever talked to a single Maker or even so much as attended a Maker Faire.

It's peculiar, but not surprising. This is Morozov's self-admitted shtick. He grapples with the arguments that people make about things, instead of the people or the things themselves.

For a hands-on, do-it-yourself phenomenon like the Maker movement, the Morozov approach has some obvious drawbacks. It is one thing to claim, as Morozov does, that the Makers, like their forebears in the Arts and Crafts movement in the 19th century, will be "doomed" by their "reluctance to talk about institutions and political change" into "channelling the spirit of labor reform into consumerism and D.I.Y. tinkering." Morozov might well be right in this. The Makers may not unleash the "revolution" that so many Maker evangelists claim is inevitable. And where there is hype, there is a myriad of opportunities for a man bearing a sharp lampoon.

But by confining himself to attacking the overweening Maker rhetoric, Morozov misses the fun. And by missing the fun, he misses the point.

I went to a Maker Faire last year and delighted in rubbing elbows with an excited crowd -- diverse in age, class, race and gender -- that exulted in getting its hands dirty with everything from 3-D printers to Lego sets to knitting needles to giant Tesla coils. I did not need to parse the political implications of this happy hubbub for its implications for the future of the working class to understand that there was something obviously healthy about the energy bubbling over at the Faire. Compared to your typical amusement park the gathering was an anarchic, collectively engineered, upwelling of nerdy positivity. You didn't come to the Faire to be entertained. You came to entertain yourself. You came to learn and teach and play.

Is a third industrial revolution in the offing? I don't know. But what is indisputable is that the tools of production are cheaper to obtain and easier to use than ever before -- and that development must have some sort of significance.

Morozov does not directly deny that the means of production have been made more affordable. But he elides this absolutely crucial point by saying that the difficulties of gaining access to capital or expensive tools have been replaced by the difficulty of getting the attention necessary to make your Kickstarter dreams come true.

It is deeply befuddling to me that someone as smart as Morozov does not see that getting attention is a far, far easier thing to do in the age of digital networks than gaining access to capital or global production-and-supply networks. (And relatedly, the amount you need to raise today to get your idea out of your head and into production is much less than in our pre-3-D printing days.) Sure, some people are better than others at amassing followers and launching viral memes, but that does not mean that opportunity hasn't been democratized at all.

A Maker Faire is exciting because you see all these neat things happening and you realize that you too can join the party. The Maker movement is an evolutionary response to the possibilities opened up by, yes, "the Internet," and it is clearly a different beast from what came before.

Does it threaten the current political and capitalist hegemony? No. Will pieces of it be co-opted by the owners of capital? Absolutely!

But neither of these facts mean that we should abandon all hope of figuring out how to nourish the truly liberating aspects of this movement. Breaking the link between ownership of capital and opportunity is a task of incalculable importance. We should be cheering it on, not mocking it.