If Donald Trump says climate change is a hoax ... well, that means nothing, right? 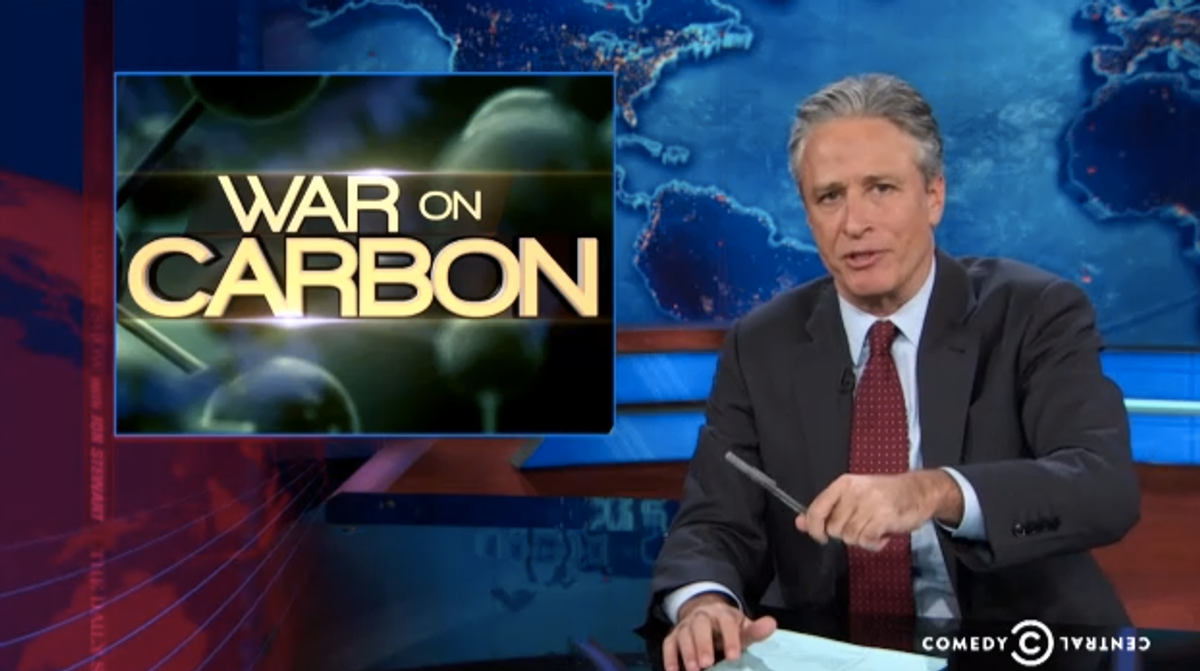 "The Daily Show" is back just in time to comment on extreme cold spreading across the U.S., which could be connected to climate change. But this is not something Fox News is willing to consider, because at Fox News, Donald Trump's opinion prevails over science and now climate change is "just one more liberal conspiracy!" as Jon Stewart puts it. I mean, how can anyone trust the agenda of those filthy rich "global warming scientist thousandaires," anyway?

Perhaps "this isn't about science," says Senior Climate Correspondent Jessica Williams. "It's about liberty. If we admit climate change is real, then the liberal elite can dictate what we can and can't do. And you know what? Nobody gets to tell Americans what we can burn, what we can eat, who we can shoot, or how many times we can shoot it!"