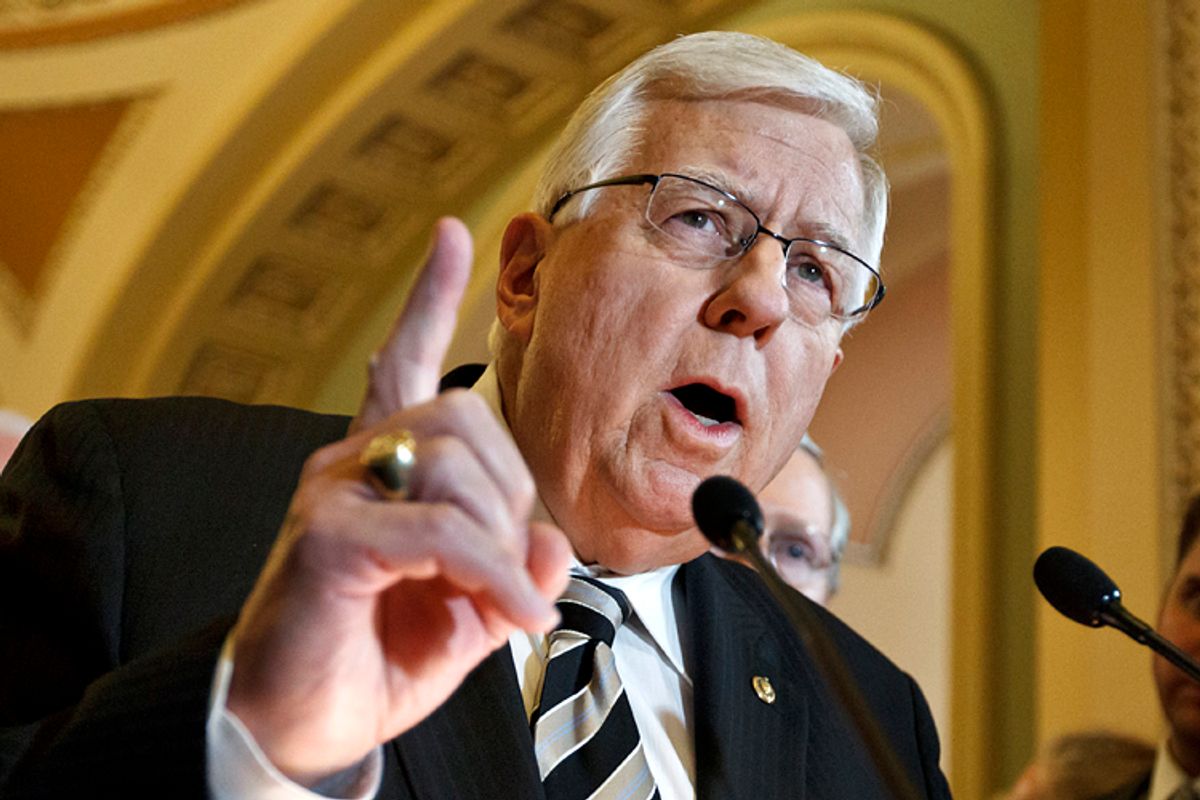 Senate Republicans greeted Wyoming Sen. Mike Enzi with smiles and high-fives on the Senate floor on Monday after Liz Cheney, Enzi's high-profile primary challenger, announced her exit from the race.

Enzi was particularly well-received by Republican senators facing primary challenges of their own. Texas' John Cornyn, who is fending off far-right congressman Steve Stockman, greeted Enzi enthusiastically. So did Alaska's Lisa Murkowski and Maine's Susan Collins.

Despite the bonhomie, however, Enzi's comments to reporters were subdued. "One of [Cheney's] children was having a health problem, so I hope everybody will keep them in their prayers," he told reporters, following a phone conversation with his former rival.

Enzi said he and Cheney did not discuss whether she would ultimately endorse his campaign for reelection.