The show -- about a white, gay rapper -- tries to be provocative and funny, and fails on both counts 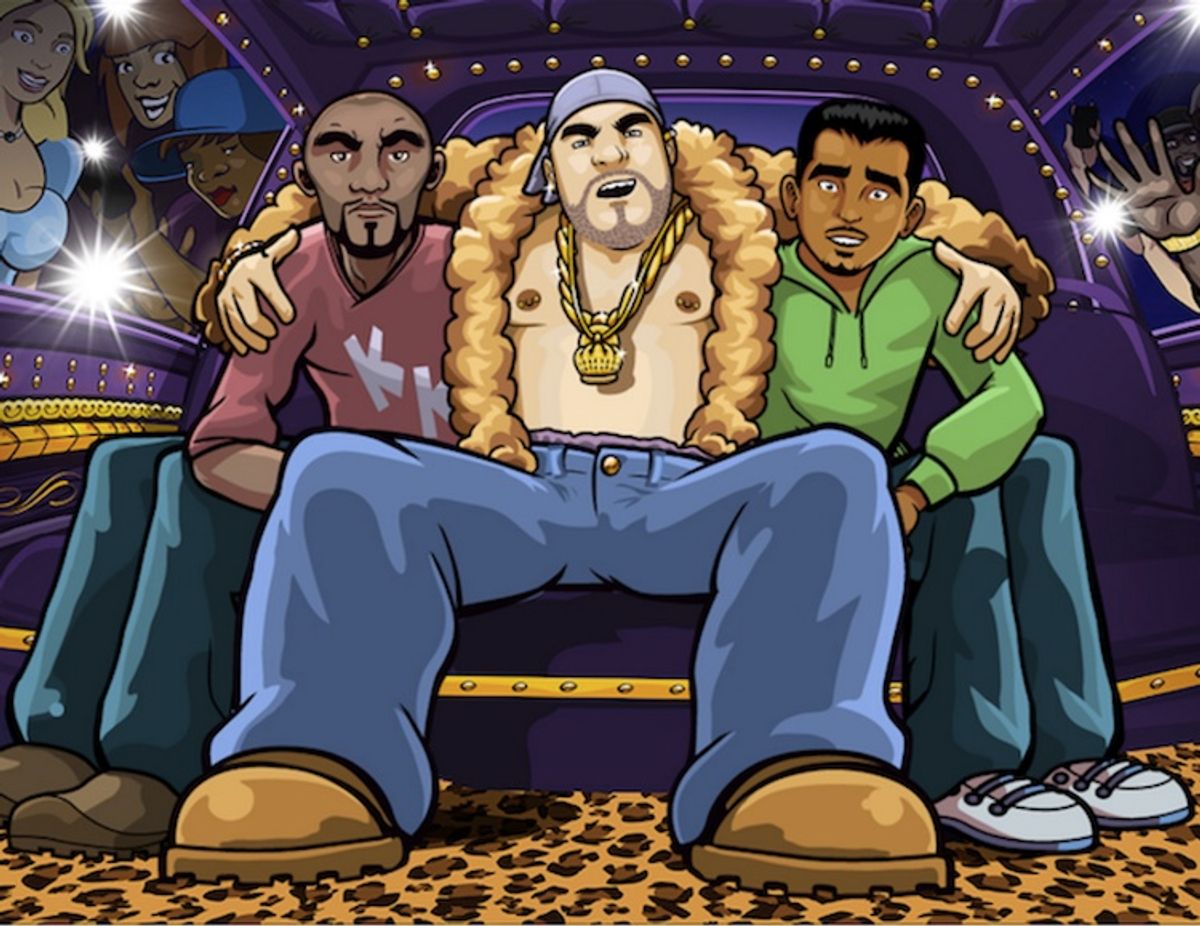 Does this make me racist? I've heard the question posed in jest. I've heard it asked in all seriousness. Consider this occasion to be a little of both. Next Monday, FX begins airing a new animated series, "Chozen," which revolves around the mishaps and outrageous machinations of a gay, white, ex-con rapper desperate to ascend to the commercial heights of music celebrity. Gauging from the manner in which the titular character, voiced by "SNL's" Bobby Moynihan, gleefully oversells hardcore hip-hop slang, peppers his threats with references to nonconsensual prison sex, and spits graphic verses, "Chozen" is intended to be both funny and very provocative. In the former, it succeeds infrequently and, in the latter, fails utterly -- at least as far as I'm concerned.

As a filmmaker who has written and directed a movie that engages the issue of homophobia in hip-hop, I am certainly interested in the subject matter. Hip-hop is 30-something years old, so the fact that there are virtually no openly gay, commercially viable male rappers strikes me as so absurd as to be comical. Generally, I am all for any emergent representation of this nonexistent archetype, even if it is drawn in thick, cartoon strokes. But the fact that "Chozen," among his many fraught descriptors, happens to be white somehow lessens the impact of the character for me. So, yeah, I have to ask: Am I being racist?

Probably, but here's why:

I know better than to assert that homophobia is greater among African-Americans than any other group. But I think it's safe to say that hip-hop  has historically channeled anti-gay bias to the forefront as much if not more than any American pop culture movement I can think of. And because hip-hop is so intrinsically -- and rightly -- linked to African-Americans, when you observe hip-hop, it often seems as if we're way more homophobic than anyone else. That being the case, I have been eagerly awaiting the emergence or the revelation of a mainstream gay black male rapper for most of my adult life. (Please do not bring up Frank Ocean. That guy is an R&B singer, not a rapper. While, musically, the distinction may have blurred in the last 10 to 15 years, the two types of artist are traditionally distinct.) I am still waiting ...

The musical segments of "Chozen," wherein the buffoonish character raps over half-baked tracks, are essentially the only moments in the show that feel vaguely sincere. While the boasts of homosexual activities are blunt, the delivery is relatively earnest. The writers have at least processed the notion of what a gay rapper might sound like if he approached his sexuality with the same one-dimensional bravado and transparency that the great majority of highly visible straight rap artists.

Lyrical master with a smooth-ass penis

Straight out the pen where it gets no rougher

Still, as you can probably tell, "Chozen" mostly mines the idea of a gay rapper for obvious, even cheap laughs, making the show seem thin and crude. On top of that, and for the reasons stated above, the fact that the protagonist is white makes the whole thing seem like an extremely soft pitch. Would it ultimately be more provocative if the "hard-ass brother" in question were actually a brother? Am I being racist for thinking so? Like I said, probably. (Although now I'm not sure against whom.) But would the show be any funnier? Probably not, and that's really what matters.