GOP's moral conundrum on unemployment: Time to call their bluff! 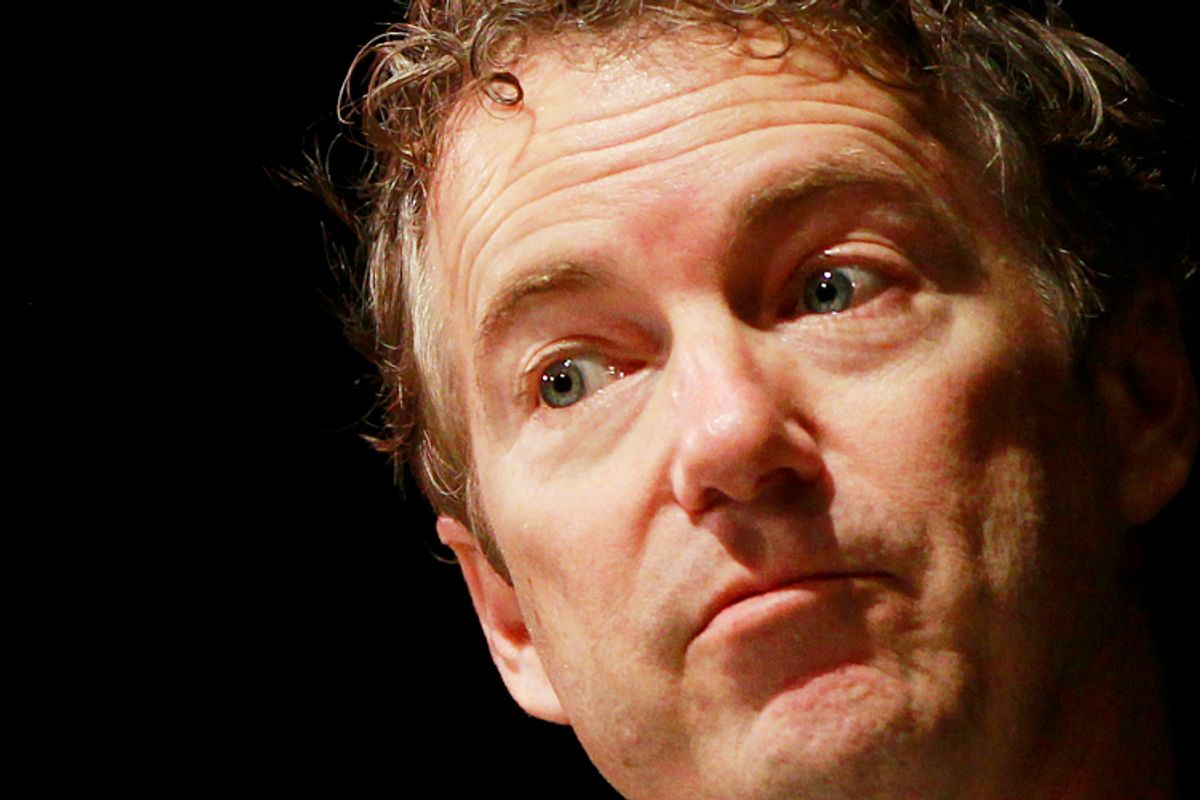 Thanks to the support of six Republican -- all from purple states, all of whom split senatorial duties with Democrats -- emergency unemployment benefits aren't dead just yet, and as a result we will soon witness a demonstration of the GOP's incoherent agenda for addressing the problem of long-term unemployment.

I suspect we'll find that the majority of Senate Republicans -- whether for political reasons or due to ideological rigidity -- are willing to leave millions of Americans who can't find work without any income, no matter how accommodating Democrats are to their concerns.

By way of background: As late as Tuesday morning it wasn't at all clear whether Senate Republicans would even allow a debate on a bill that would briefly extend emergency unemployment benefits. GOP leaders wanted to kill it on the first test vote, and actually thought they had the votes to do so.

Here's Republican whip, Sen. John Cornyn, R-Texas, on the Senate floor Monday night, when over a dozen members were waylaid in their home states due to inclement weather:

"If this was anything other than a political exercise, the majority leader would have rescheduled this vote when we did not have 17 members of the United States Senate unable to be here and vote on this. So I have no doubt as to what the outcome is going to be on this cloture vote, but it's purely a scheduling matter, I believe, and this ought to be postponed to a later time."

Well, Harry Reid called his bluff, and on Tuesday morning, Democrats broke the first filibuster, which means in a few days, Republicans will have to decide whether they want to allow the bill to pass.

They'll have to make that decision under one of two different circumstances: Either with the bill as currently written, which would add the cost of the extension to the deficit and maximize its stimulative power; or in conjunction with offsetting budget cuts.

In either case, the most important thing to remember is that Republicans don't really care about offsetting the cost. If this were a tax cut for the rich or a plus-up for defense spending, they'd happily add it to the deficit. Likewise, under no circumstances will they agree to offset by reducing tax expenditures for high-income earners.The call for fiscal discipline is a smokescreen designed to conceal members' opposition to or reluctance to support the benefits themselves without obtaining some kind of conservative policy concession in return.

If there's no offset -- and honestly there shouldn't be -- I imagine Republican opposition will be nearly unanimous. Some of the Republicans who helped Democrats clear the first filibuster might change their minds as well. And even if it clears the Senate, House Republican leaders will kill it.

But if Democrats relent and agree to an offset, one consolation will be some insight into the split between the GOP's political opportunists and its unyielding ideologues -- those who refuse to subsidize the less fortunate and have convinced themselves that the long-term unemployed have been lulled into complacency by unemployment benefits or have determined that it's not in their interest to return to work. These are the folks who side with Heritage Action and other conservative groups warning Republicans not to vote for any UI extension, even one that's deficit neutral.

Remember, nobody actually thinks unemployment is such an emergency that it's appropriate to renew emergency unemployment benefits but not such an emergency that it's better to let them expire if they add to the deficit. If anyone actually fit into that category they'd be willing to defray the cost by closing tiny tax loopholes. In the days ahead I wouldn't be surprised if Republicans vote down such an offset unanimously.

And yet, just yesterday 37 Republicans voted against the idea of even debating a three-month extension, many while hiding behind a feigned commitment to fiscal responsibility.

These are people looking for a reason to vote no, but who still want to feign concern for the long-term unemployed. And it'll be interesting to see what they do if Democrats are ultimately forced to call their bluff.