The silver lining of NSA surveillance 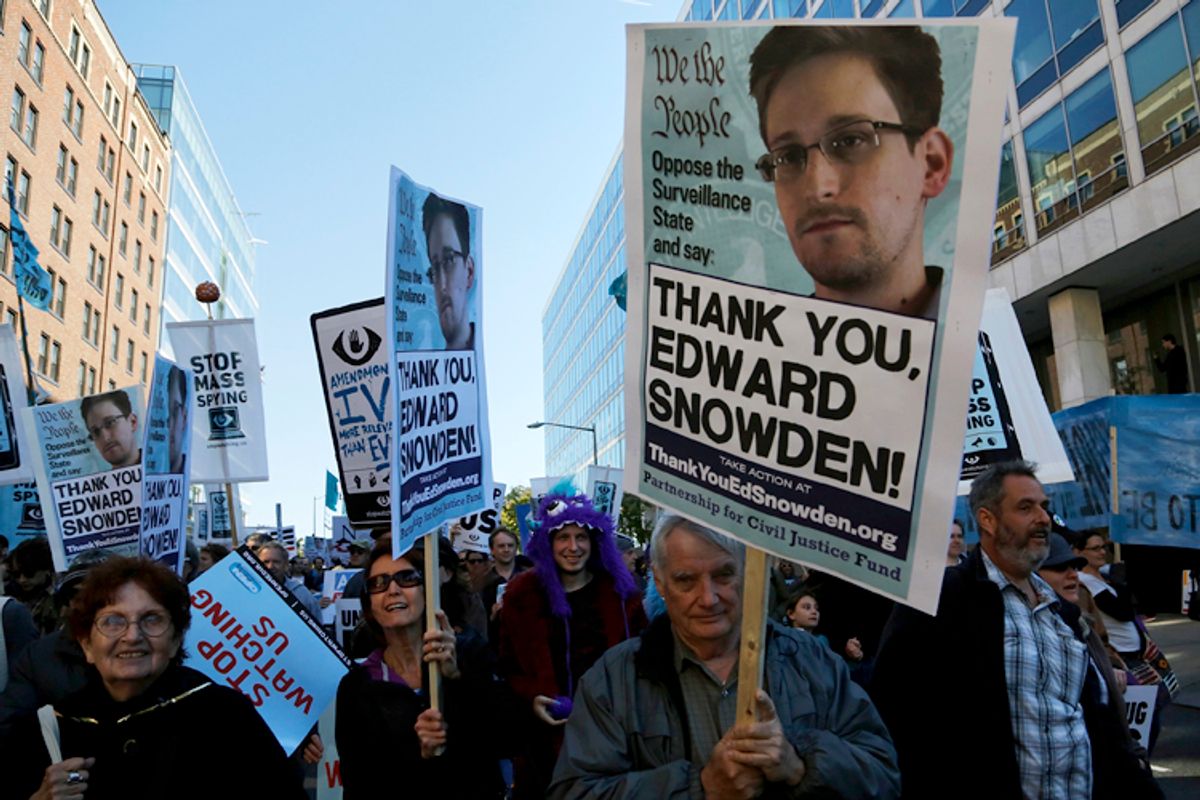 Steven Levy's "How the NSA Almost Killed the Internet" is a lucid, lengthy account of the mess Edward Snowden's revelations made for some of Silicon Valley's biggest companies.

But there's an undercurrent running throughout the entire article, published Tuesday by Wired, that doesn't flow smoothly. Levy asserts, repeatedly, that the NSA's actions undermined the "trust" that the users of Silicon Valley's biggest companies had hitherto placed with them.

The hard-earned trust that the tech giants had spent years building was in danger of evaporating—and they seemed powerless to do anything about it....

It’s almost a cliché when tech CEOs claim that without the trust of their users, they would have no business. They depend on customers’ willingness to share information. In exchange, those customers receive more and better services, and expect that the companies will keep their personal data private and secure and will be transparent about any exceptions. Users had no reason to think their information would be handed over to the government without a warrant.

This description of the status quo is not congruent with reality. Facebook's users don't trust Facebook. I don't think Facebook's users even like Facebook. They simply put up with Facebook because the convenience of the service outweighs the company's invasive attitude toward user privacy. The same is more or less true for our relationship with all the other Web giants. I use Google's services because they're free and work extremely well, not because I trust that Google is dedicated to guarding my privacy. Snowden's revelations confirmed what many of us already feared: There is no such thing as privacy in the digital age.

The fact is, Facebook and Google and all the rest have steadfastly opposed legislation that would give privacy safeguards real teeth. The fact is, the business model of these companies is based on collecting as much personal data as possible so as to maximize the revenue they can get from targeted advertisements. The fact is, these companies are anything but transparent about how they use and exploit our data.

Levy quotes Yahoo CEO Marissa Mayer as saying "There is nothing more important to us than protecting our users’ privacy." But that's just not true. The important thing is maintaining the perception that Yahoo is protecting user privacy. And guess what, the NSA annihilated that perception.

Levy steers near this point near the close of the piece, when he observes that the NSA and Silicon Valley are in some ways very similar.

Both have sought to fulfill those missions by amassing huge troves of personal information—and both offer trade-offs that seemingly justify the practice. Google, Facebook, and others argue that they can use that information to improve the lives of their customers far in excess of any discomfort that may come from sharing that data. The NSA believes that it’s necessary to draw on that information to prevent a replay of 9/11 or worse. Both have established elaborate self-policing procedures to minimize abuse and claim to strictly follow the external constraints that limit their activities.

The silver lining of the NSA surveillance scandal is that we now see the perils of that trade-off more clearly than ever before. To succeed, Google and Facebook need our data. And their ability to get it means that it is equally vulnerable to the government scoops. Neither party deserves our trust.