Unusual weather goes to the opposite extreme Down Under 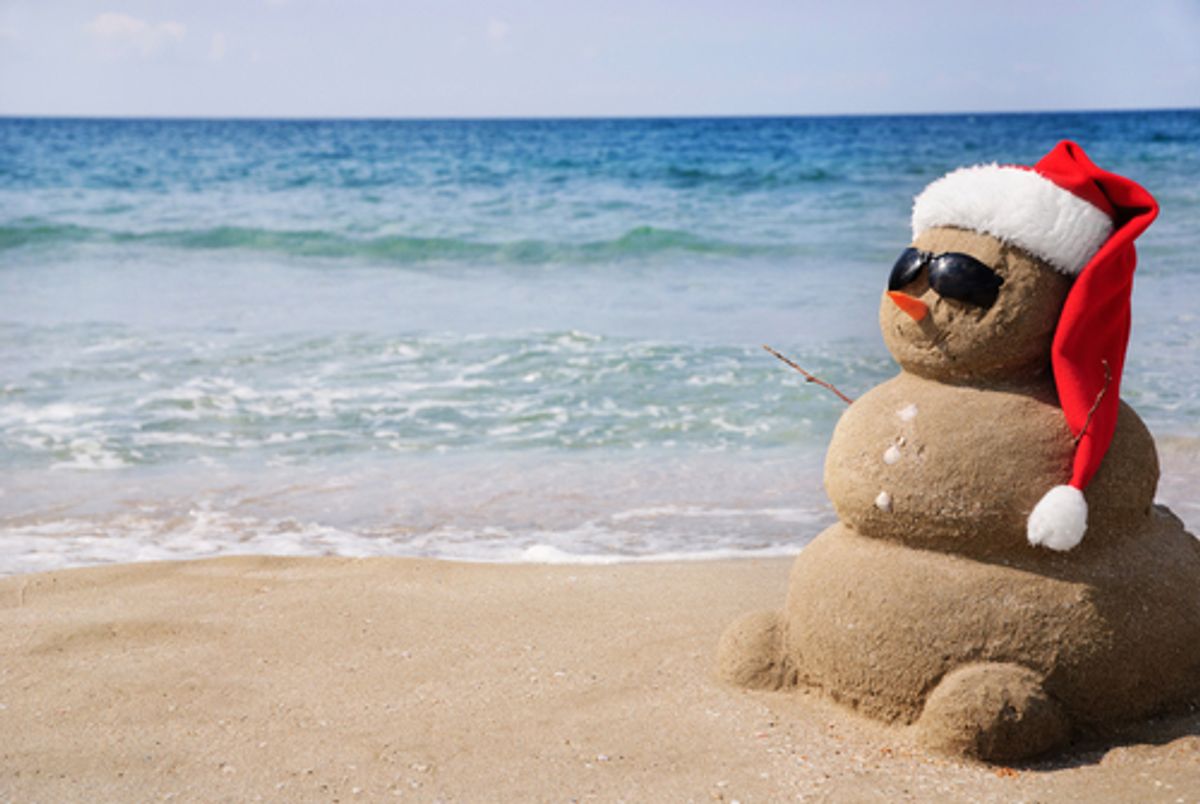 Climate deniers in the U.S. and Canada have been trying -- and failing --  to suggest that the extreme cold experienced this week somehow disproves global warming. In Australia, that's not an option.

Since Dec. 27, records have been set at 34 locations across Australia — some by large margins — where temperature data has been collected for at least 40 years mostly in Queensland and New South Wales states. In the mining town of Narrabi in New South Wales, the new record of 47.8 degrees Celsius (118 F) exceeded the previous record by 3.6 degrees Celsius (6.5 F)

The extreme temperatures come on the heels of Australia's hottest year on record, beating the previous record year of 2005, with mean temperatures 1.2 degrees Celsius (2.2 F) above the 1961-90 average.

According to Australia's Bureau of Meteorology, the unusually hot temperatures are caused in part by the late arrival of the seasonal monsoon, and also by a general pattern of global warming. While not as extensive or prolonged as last year's heat wave, the heat is expected to continue well into the coming week.