This season, Hannah and her friends are forced to think about their lives and how they actually want to live them 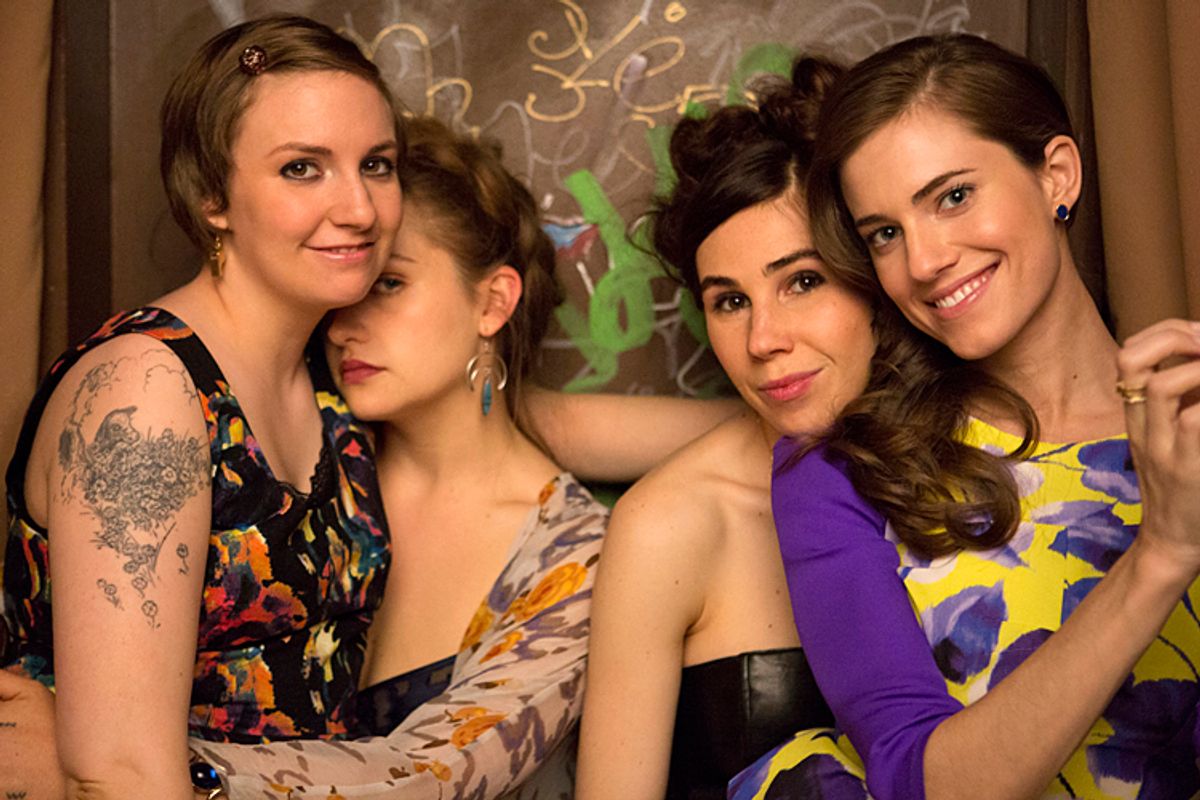 The new season of HBO's hit series "Girls" premieres this Sunday. Last weekend, a colleague and I were discussing the show, trying to figure out why it feels somehow more narrow-cast than its thematic predecessor, "Sex and the City." After all, both shows center around the lives and loves of young women in New York City. My friend (both of us are black males, by the way) posited that the earlier show possessed an aspirational quality with which it appealed to a wider array of people than Lena Dunham's vision. Though "Sex and the City" was frequently criticized for glamorizing city life, it depicted a glossy, frenetic New York (mostly Manhattan) to which people dreamed of coming. The girls of "Girls" aren't strutting down Fifth Avenue in pricey high heels. Their deliberately desaturated Williams-Point-Wick-Stuy-Wood is not particularly appealing to anyone unfamiliar with the New York rental game.

I have lived and drunk in those Brooklyn neighborhoods; the location of Hannah's and Ray's current job is two blocks from my last apartment. But while I find "Girls" amusing and refreshingly unadorned, I have always had some difficulty relating to the show. The complaints of homogeneity are true; there certainly haven't been a lot of people who look like me portrayed on the show. But my issues have more to do with age than race. I couldn't feel the stakes. Hannah and her friends seemed to be at that age where nothing they did, no matter how ridiculous or self-destructive, seemed to have lasting impact on their bodies or their psyches. Partly, I was projecting since most of my mid-20s now constitute a blur of half-priced rum and Cokes and scoffing at the next workday. I pretty much made it to 30 unscathed and, watching "Girls," I figured that -- whine as they may -- so would Hannah, Marnie, Jessa and Shoshanna.

Eventually, though, one starts to think about what one is doing with one's life and how one actually wishes to spend it rather than tripping from one youthful, unconsidered mishap into another. I have now seen seven episodes of the new season of "Girls" (sorry, haters) and, without giving too much away, I can say that Dunham and her co-creators understand that progression. In this Sunday's back-to-back debut episodes, you may only get a glimpse of the new direction. It is more about establishing where the characters are now. The opening sequence of "Females Only" is a montage of awakenings to modest lows, fleshed out as the episode continues. As the season continues, you will see the core foursome and associates attempting to actually make decisions about their respective futures -- with varying results, of course. A lot of these choices involve their careers, which helps place the characters in the concrete context of real-world folk like you and I.

There will always be aspects of "Girls" that feel trivial. But Dunham revels knowingly in minutiae as a method of illuminating character. And besides, Hannah Horvath kvetching over a poorly planned taco dinner for friends is no more trivial than Carrie Bradshaw obsessing over $400 shoes. What leaves a lasting impression is seeing these characters grow and battle and challenge themselves, thereby mimicking our own lives.