Jon Stewart mocks the N.J. governor and his staff, who may have planned a traffic jam as a means of retaliation 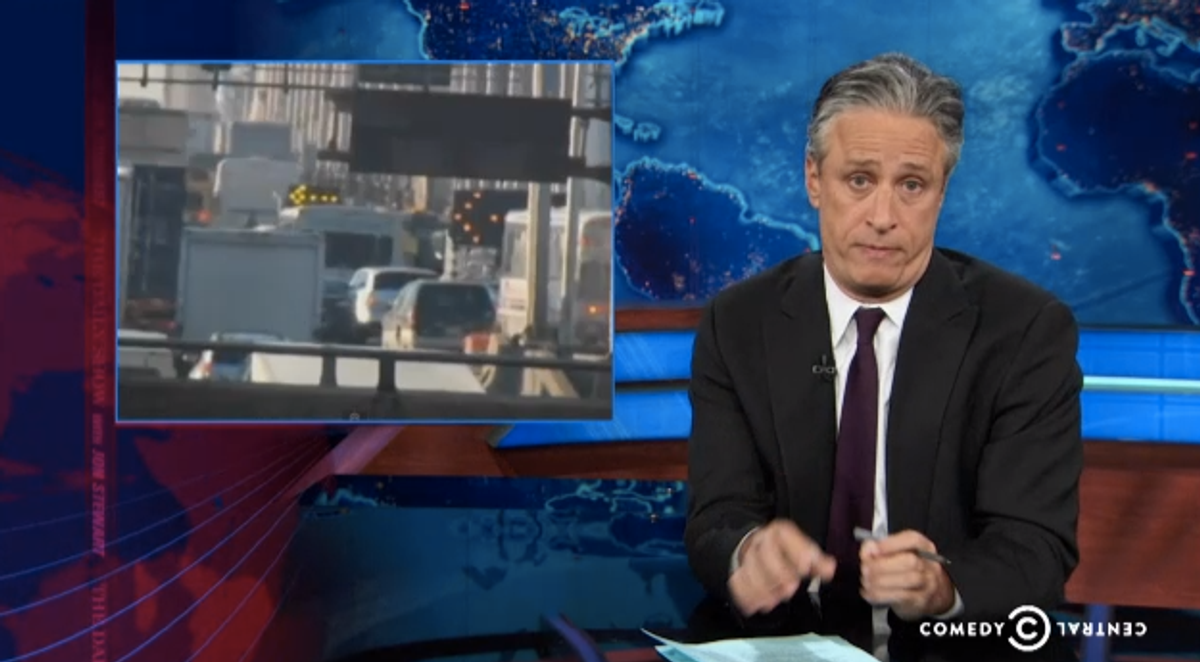 Wednesday night's "Daily Show" began as it never does -- with a traffic report from last September. "If you're coming into New York City on the George Washington Bridge and it's last September," host Jon Stewart opened, "you may have noticed that the traffic congestion has shifted from its normal hellish congestion to a sort of soul-crushing vortex of exhaust and honking where you and your vehicle merge into one stationary impotent amalgam of steel, fumes and broken dreams."

But this was no ordinary incident of bad traffic, as it's become the center of controversy for New Jersey Gov. Chris Christie and his staff. On Wednesday, emails between Christie staffers indicated that lanes had been closed as part of a retaliation against Fort Lee, N.J.'s Democratic mayor.

"Did probable presidential favorite Chris Christie personally order this traffic hit?" asked Stewart about the scandal. "I don't know, but I do know one thing about the effects of this burgeoning scandal: You can probably now see Paul Ryan's boner from space."