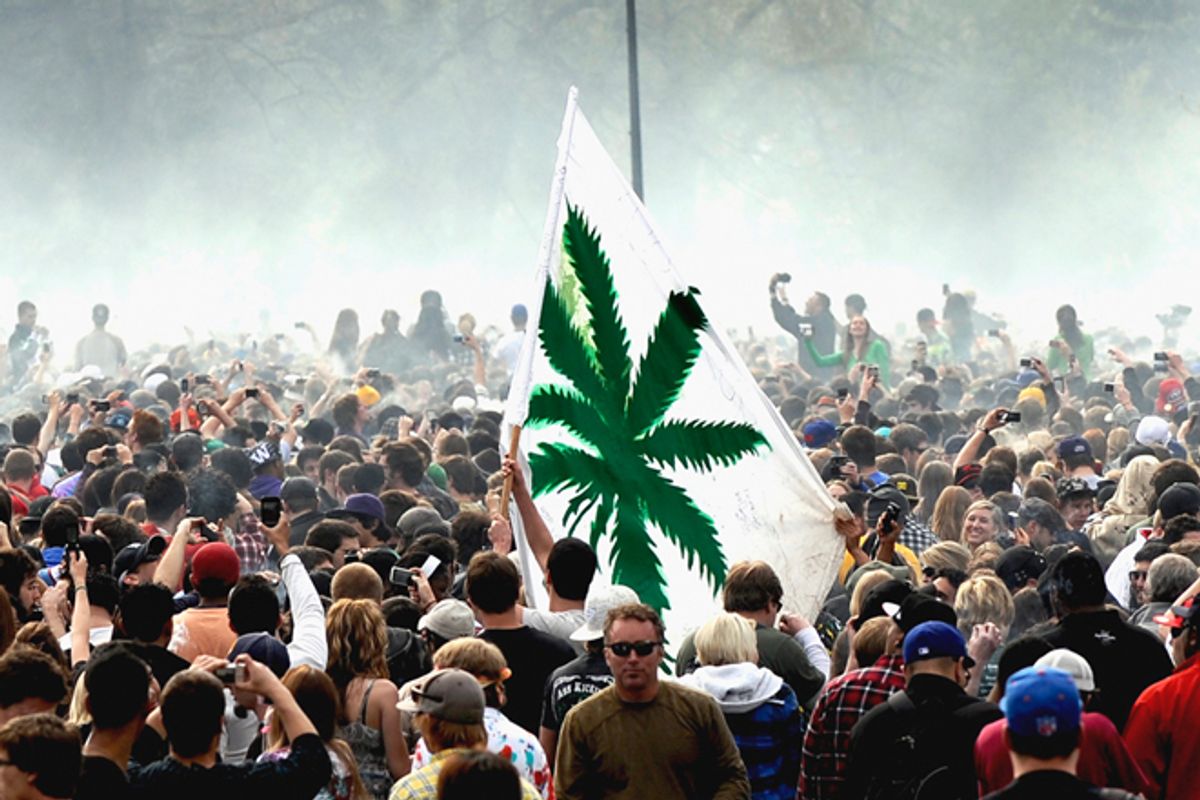 Seven years before legal marijuana went on sale this month in my home state of Colorado, the drug warriors in President George W. Bush’s administration released an advertisement that is now worth revisiting.

“I smoked weed and nobody died,” intoned the teenage narrator. “I didn't get into a car accident. I didn't O.D. on heroin the next day. Nothing happened.”

The television spot from the White House drug czar was intended to discourage marijuana use by depicting it as boring. But in the process, the government suggested that smoking a little pot is literally, in the words of the narrator, “the safest thing in the world.”

Why is this spot worth revisiting? Because in light of what’s happening here in Colorado, the ad looks less like a scary warning than a reassuringly accurate prophecy. Indeed, to paraphrase the ad, for all the sky-will-fall rhetoric about legalization, there haven’t been piles of dead bodies and overdoses. Nothing like that has happened since we started regulating and taxing marijuana like alcohol.

Instead, as I saw during a trip to 3D Cannabis Center in Denver, it has been the opposite. There, I didn’t find the mayhem predicted by so many drug warriors. I found an understated retail facility, a technologically advanced horticultural operation, respectful customers and a staff with expert knowledge. It was, in fact, similar to one of Colorado’s much-ballyhooed craft beer companies. The only major difference was that, according to decades of medical and social science research, the mind-altering product being sold at the cannabis center is far safer than the alcohol being peddled at the breweries.

Of course, this portrait of tranquility, normalcy and pragmatism is often downplayed by the sensationalist national media in faraway Washington, D.C. There, amid wild speculation about absurdly apocalyptic hypotheticals, the fist-shaking “get off my lawn!” fogies are negatively caricaturing legalization in a fit of reefer madness.

For instance, there’s been tripe like Ruth Marcus’s Washington Post screed that at once warns of the supposed “perils of legalized pot” and absolves herself for previously using the drug. There was also the lament from the New York Times’ David Brooks, in which he first fondly reminisced about his erstwhile pot smoking and then claimed that legalizing marijuana harms America’s “moral ecology."

To these hypocrites, and others like them, it is apparently OK for media elites to have smoked weed as kids, but not OK for today’s adults to do the same (you also have to wonder how many of them chatted up the “perils of pot” this month while enjoying a post-workday cocktail).

Worse, in casting legalization as a hazardous experiment, these sententious moralizers ignore how the failed and destructive experiment isn’t legalization - it is prohibition. After all, despite prohibition, the federal government acknowledges that marijuana has been “almost universally available” through an unregulated underground market. Meanwhile, marijuana prohibition has become a weapon of bigotry. As criminal justice data prove, though whites and African-Americans use the drug at almost the same rate, the latter are almost four times more likely to be arrested on marijuana charges.

To be sure, ending prohibition won’t singularly eliminate the underground market or end racism in law enforcement. But it is a constructive step toward those goals, especially considering the aforementioned White House ad correctly acknowledging that marijuana isn’t egregiously dangerous. Sure, the government's “safest thing in the world” line may have been an overstatement - but it was certainly closer to the truth than all the fear-mongering about our decision to embrace reefer sanity here in Colorado.

This decision, mind you, will not be free of rough spots. Nobody says it will be. But as we are already proving, it is clearly the prudent way forward - no matter how much the drug warriors and professional alarmists try to pretend otherwise.