4 biggest threats to global peace: Guess who's No. 1?

Nope, it's not China, Iran or Israel: The U.S. is the country viewed most negatively, according to a global survey 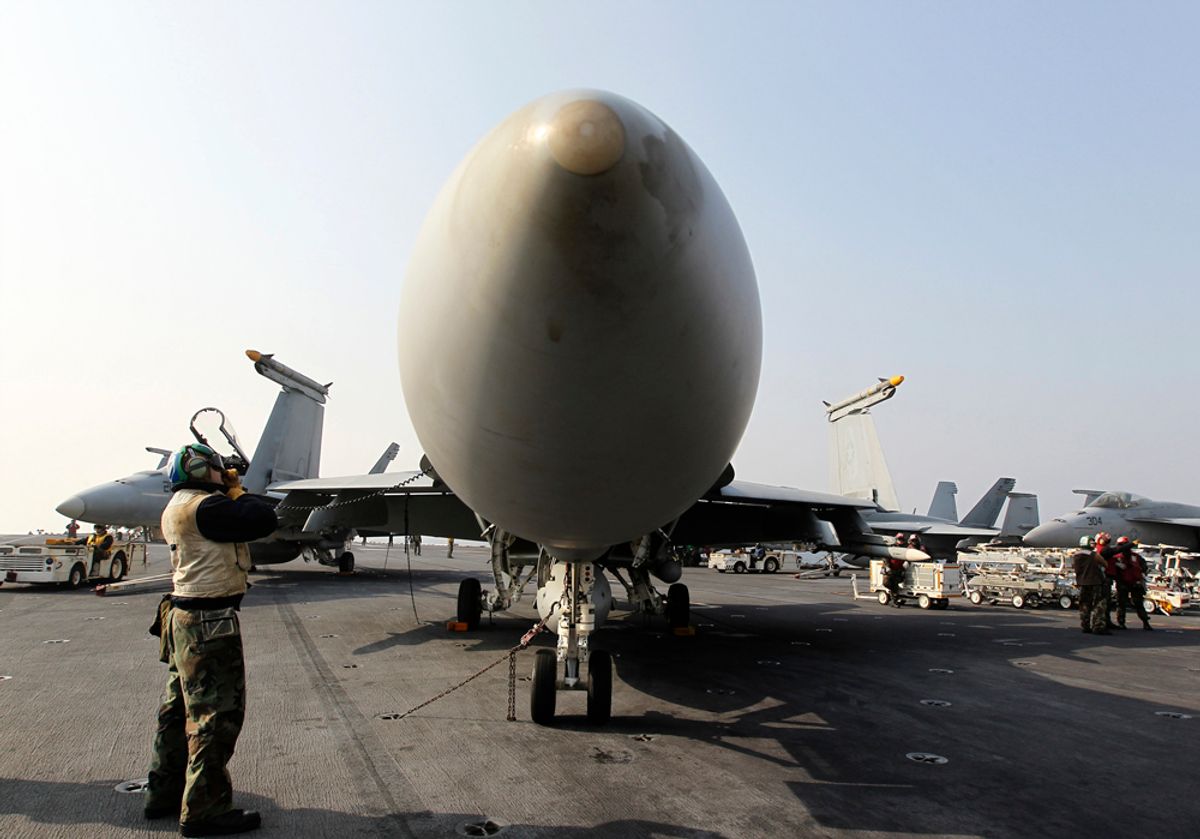 US President Barack Obama won the Nobel Peace Prize four years ago. Today, the country he leads is seen — according to a new poll — as the biggest threat to world peace.

The global survey, conducted by WIN/Gallup International, polled residents in 68 countries on everything from the global economy to politics and living conditions.

According to the poll, 24 percent of the surveyed countries ranked the United States as the greatest threat to world peace today, followed by Pakistan at 8 percent, China at 6 percent and four countries (Afghanistan, Iran, Israel and North Korea) tied at 5 percent.

Thirty-seven percent of Mexicans ranked their northern neighbor the top threat to the world.

So why are the US, Pakistan, China and the rest viewed so negatively? The survey didn't say, but here are some likely reasons:

As the world's sometimes eager, sometimes reluctant policeman, the United States has long been the target of widespread animosity, particularly in the Middle East, North Africa, Afghanistan and Pakistan, where US military intervention has been felt most strongly in the past couple of decades.

It's not surprising then that those polled in some of these areas rated America such a dangerous threat.

The survey showed that America would find it hard to make friends in eastern Europe as well. Even Americans — 13 percent of them — saw their own country as a threat to world peace.

America's protracted wars in Iraq and Afghanistan, its vast surveillance program, its use of drones in Pakistan and Yemen, its war on terror and its war on drugs are all likely contributing to its peace-less reputation.

Coming in a distant second at 8 percent, Pakistan received a boost in the rankings from its neighbor and arch-rival India — home to 15 percent of the world's population.

Indians overwhelmingly selected Pakistan as the biggest threat to world peace, according to the poll.

Pakistan is a nuclear-armed democracy, which oversaw its first successful democratic transition in 2013.

Despite the death of Pakistani Taliban leader Hakimullah Mehsud in a drone strike in late 2013, the group still has a strong foothold in the mostly ungoverned tribal area along the Afghan border. The group most notably tried to kill Pakistani teenager Malala Yousafzai for speaking out against the Taliban in late 2012.

More from GlobalPost: Who are the Pakistani Taliban?

Many see China's growing tensions with Japan as a threat to both regional and global peace.

In early December, a US Navy ship briefly confronted a Chinese military vessel in the defense zone, where China has also had territorial disputes with Vietnam and the Philippines.

US Secretary of State John Kerry rejected China's zone, saying "we are very concerned by and strongly opposed to coercive and aggressive tactics to advance territorial claims.”

More from GlobalPost: War between Japan and China is an accident waiting to happen

A recently-leaked intel report claims the Taliban and other regional players like Al Qaeda will be back in the saddle by 2017 as the United States winds down years more than a decade of military operations in the country.

The situation will deteriorate even more rapidly if Kabul and Washington can't reach a security agreement to keep US troops in Afghanistan beyond 2014, according to the report. Many Afghans, on the other hand, are anxious to be rid of yet another foreign military.

A longtime opponent to Afghan President Hamid Karzai, Abdullah Abdullah, has emerged as a possible frontrunner in upcoming elections, the first to take place amid America's withdrawal. Some worry that a victory for Abdullah Abdullah could further fracture an already unstable political process.

More from GlobalPost: Afghanistan: The war is over! Long live the war!