He's getting there, sort of 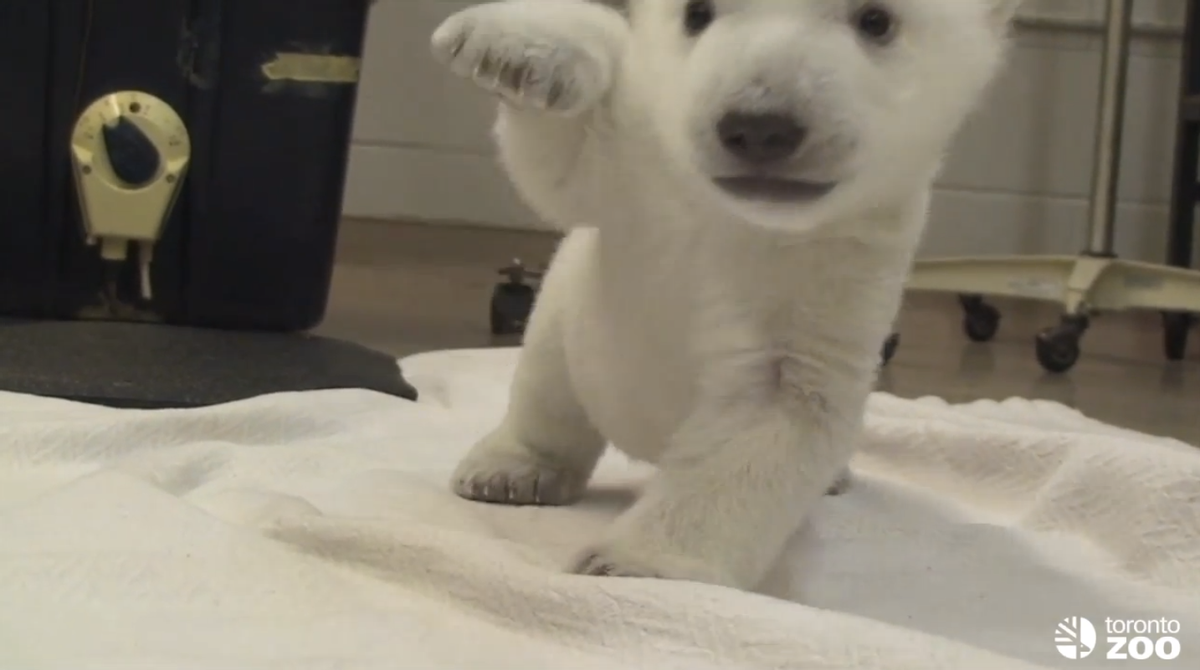 You'd think that having four legs to rely on would make walking easy, but judging from this video released by the Toronto Zoo of its two-month-old polar bear cub's first steps, quadrupedalism isn't all it's cracked up to be.

Adding an extra layer of aww is this cub's tragic backstory. He was originally one of a litter of three, but his two siblings didn't survive past their first 48 hours. A sickly runt, he was behind on things like opening his eyes, and zookeepers weren't sure whether he'd make it. While they're still keeping a close eye on him, he looks like he's doing pretty well for himself.

"We hope that he will grow up to become another ambassador for his species, highlighting threats to the arctic environment," said Dr. Graham Crawshaw, the Toronto Zoo's senior veterinarian. For now, he's doing a great job of just being adorable: