We can expect to see more extreme cold as global warming continues, Obama's science advisor said in a video 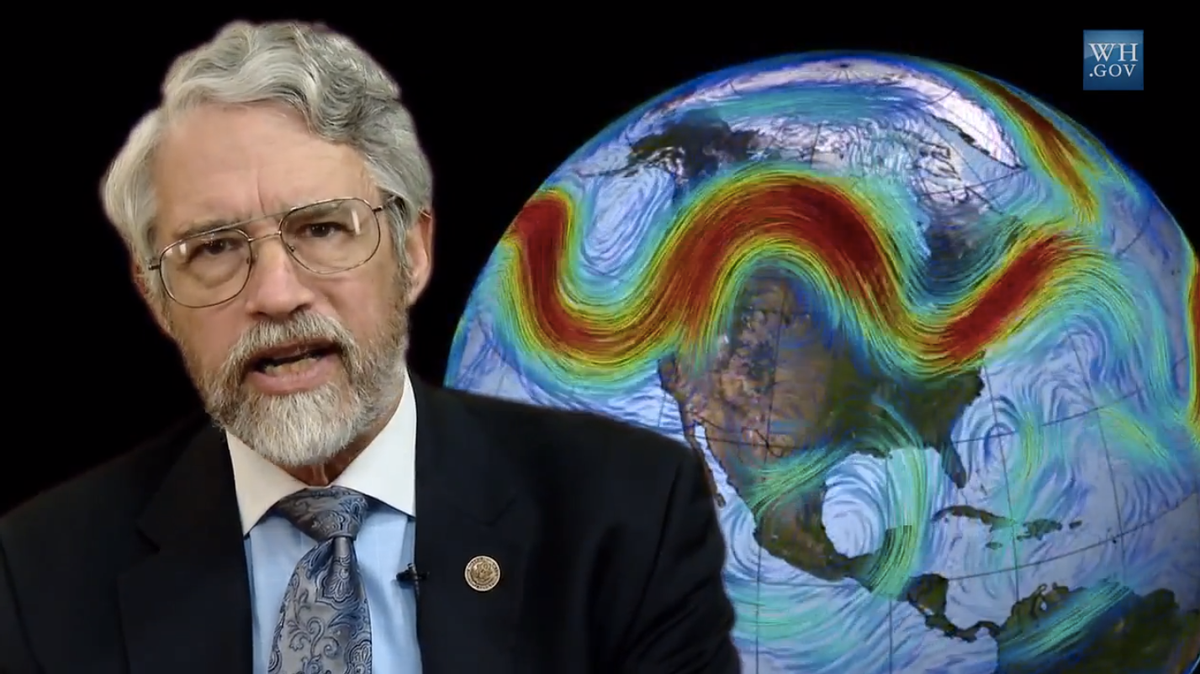 Joining the chorus of voices taking climate deniers to task for suggesting that this week's unusually cold weather somehow disproves global warming is John Holdren, President Obama's science advisor, who released a two-minute video explaining what, exactly, the polar vortex is, and -- most crucially -- what it has to do with climate change.

“If you’ve been hearing that extreme cold spells, like the one we’re having in the United States now, disproves global warming, don’t believe it,” Holden says in the video, explaining that "no single weather episode proves or disproves climate change."

Unwilling to leave it at that, Holden then takes the bold step of linking the weather to man-made climate change.

“But we also know that this week’s cold spell is of a type there’s reason to believe may become more frequent in a world that’s getting warmer, on average, because of greenhouse gas pollution," he goes on to say.

"As in all science, there will be continuing debate about exactly what is happening" Holden cautions. "But I believe the odds are we can expect, as a result of global warming, to see more of this pattern of extreme cold."

As a further sign that it's taking a strong stance on the issue, the White House plans Friday to hold an online discussion on the polar vortex and extreme weather, featuring the country's top meteorologists, climate scientists and weather experts.