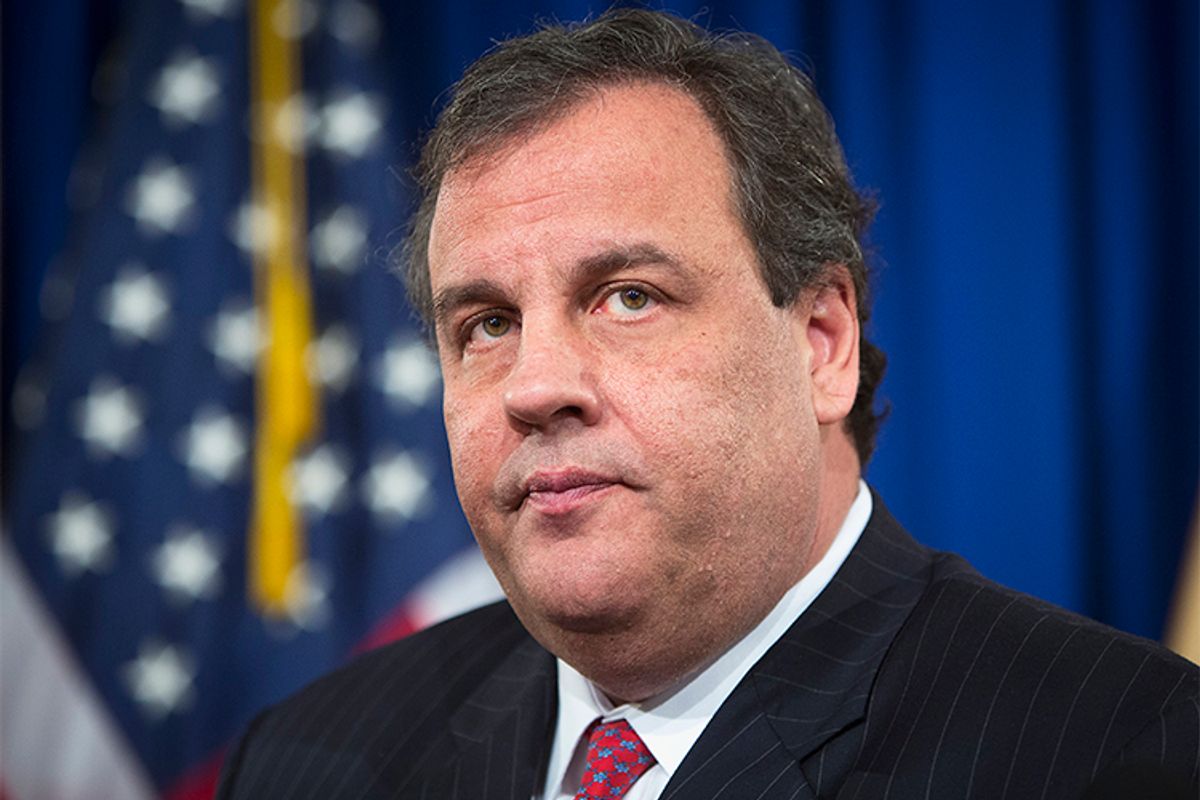 For the time being, Chris Christie is very lucky that he effuses an authentic, gruff earnestness, and that he has allies in the national press corps who want him to succeed.

The former helped him escape an at-times incoherent press conference without revealing conspicuous malice; the latter guaranteed him a chorus of boosters more concerned with his theatrical acuity than the factual implications of his remarks.

Mark Halperin gave it a similar review while essentially admitting his assessment bore no relation to whatever the truth happens to be.

I obviously can't claim to know how much of Christie's "Bridgegate" account was true and how much was false -- intentionally or otherwise.

But the problem for Christie -- politically, probatively, legally -- is that what we already know, combined with what he said on Thursday, means that eventually the story will settle around one of two conclusions:

1) That after two decades in politics and four in the New Jersey governor's office, Christie's no better prepared to serve than an unlikely Prince Hal surrounded by a merry band of younger Falstaffs; or

2) He's one of the most audacious liars in 21st century American politics.

There's very little gray area here in which he might redeem his judgment and managerial skill without admitting that he lied about his knowledge of or involvement in the scandal.

On Thursday he announced that he'd fired his deputy chief of staff Bridget Kelly, one of the officials at the center of the traffic jam conspiracy, and prospectively fired another confidant from future political jobs. He said he'd been "blindsided" by Wednesday morning's revelations, left exposed and humiliated by Kelly's lies. His senior aides cooked up a scandal, he insisted, but he never detected a whiff of impropriety until the now infamous "Time for some traffic problems in Fort Lee" emails became public.

"I am not a micromanager," Christie said. "I delegate enormous amounts of authority."

If true, then he still faces the enormous problem of squaring his delegatory style with the revelation that he somehow allowed multiple deranged maniacs to enter his inner circle, and let them act with impunity, unmitigated by the sort of positive influence that a person in his position is supposed to provide. That's the "good" outcome here.

The bad outcome is basically fatal. If upon further investigation it turns out Christie wasn't a complete dupe -- if a single email or testimonial suggests he was even slightly more aware than he let on Thursday -- then I think he's toast. It'll be impossible for him to square a development like that with his statements to the press on Thursday. And over the course of two hours, he gave the press several new avenues for inquiry.

The conservatives inclined to defend Christie -- many are happy to see him flail -- are stuck with tu quoque defenses that pit Bridgegate against Benghazi. Smarter conservatives used the atmospherically similar controversy over IRS targeting of political nonprofits to make the same point. What the IRS did has far graver implications than creating traffic on the George Washington Bridge, and if it weren't for media bias, President Obama would be in at least as much trouble as Christie is.

It's a pathetic argument -- simultaneously incriminatory and fallacious.

See the top of this piece for an easy response to the press bias cop-out. But the comparison falls apart in other ways too. Darrell Issa and other Republicans have scoured the record for a White House email that says, "Time for some taxman problems in Fort Tea," but they can't find one because one doesn't exist. More abstractly, some conservatives are fond of the argument that Obama fostered a culture of intimidation that emboldened his foot soldiers at an IRS field office in Ohio. But conservatives must contend with a degrees-of-separation problem that Christie's antagonists don't have. The bad actors in this case weren't low-level officials in a far-off downstate bureaucracy, but his closest, most trusted aides.

My gut tells me it's unlikely that Christie was genuinely unaware of and uninvolved, either in this specific lane closure or other scandalous acts of political retribution. Remember, the breezy nature of the comically damning email exchange between his allies -- "Time for a traffic problem in Fort Lee," "Got it" -- suggests this wasn't a one-off kind of tactic. And when you look past Christie's affect, and at the actual words he said during his press conference, you encounter a bunch of oddities and inconsistencies.

At the same time, Christie's meta-handling of this whole thing -- mocking the reporter who first asked about his involvement, brutally trammeling his advisers who are now free to dish, the abject apology and denial, the willingness to endure a nearly two-hour grilling -- bespeaks either a real confidence in his innocence, severe denial or a pathological confidence that he can still get away with it.

If it's truly the former, then perhaps his political career isn't about to come to an end. But his future prospects have been badly damaged nonetheless.