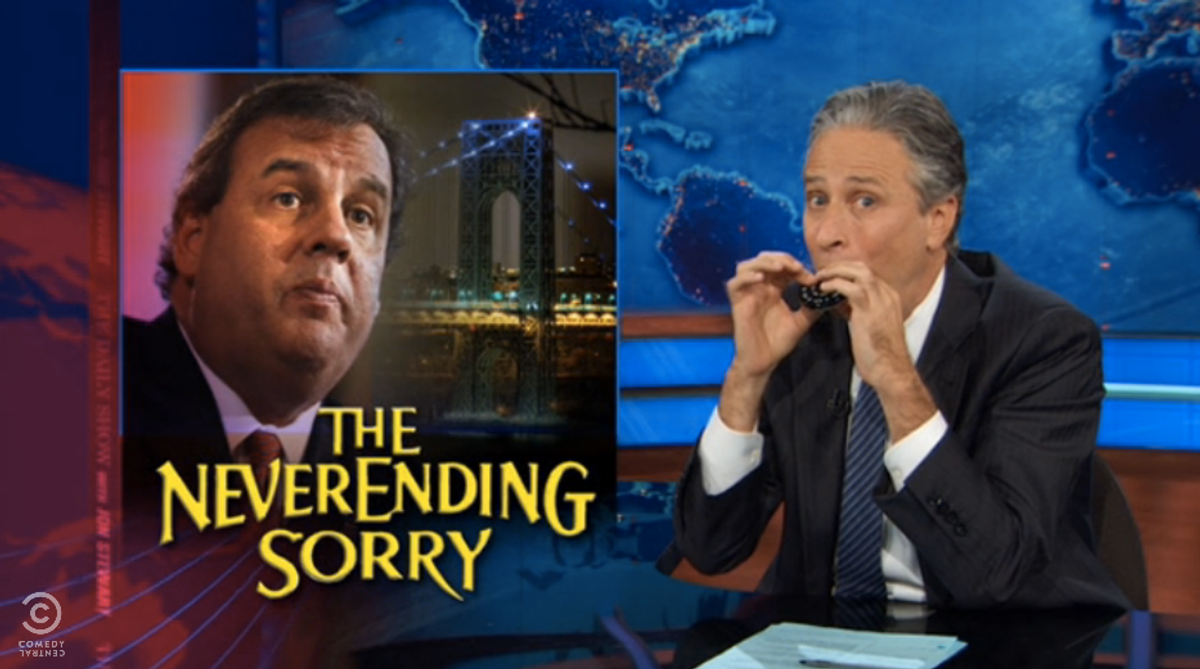 Chris Christie is an angry guy, and an angry governor. But he isn't just any old angry politician, as Jon Stewart notes while slamming Christie over the politically motivated lane closures in Fort Lee and his ridiculous apology.

His anger has set the tone for his administration. And after a bit of trial and error comparing Christie's marathon press conference to clips from the New Jersey governor's most famous brawls, Stewart figures out what that tone is: "It's F-U sharp."