300,000 still without water after chemical spill 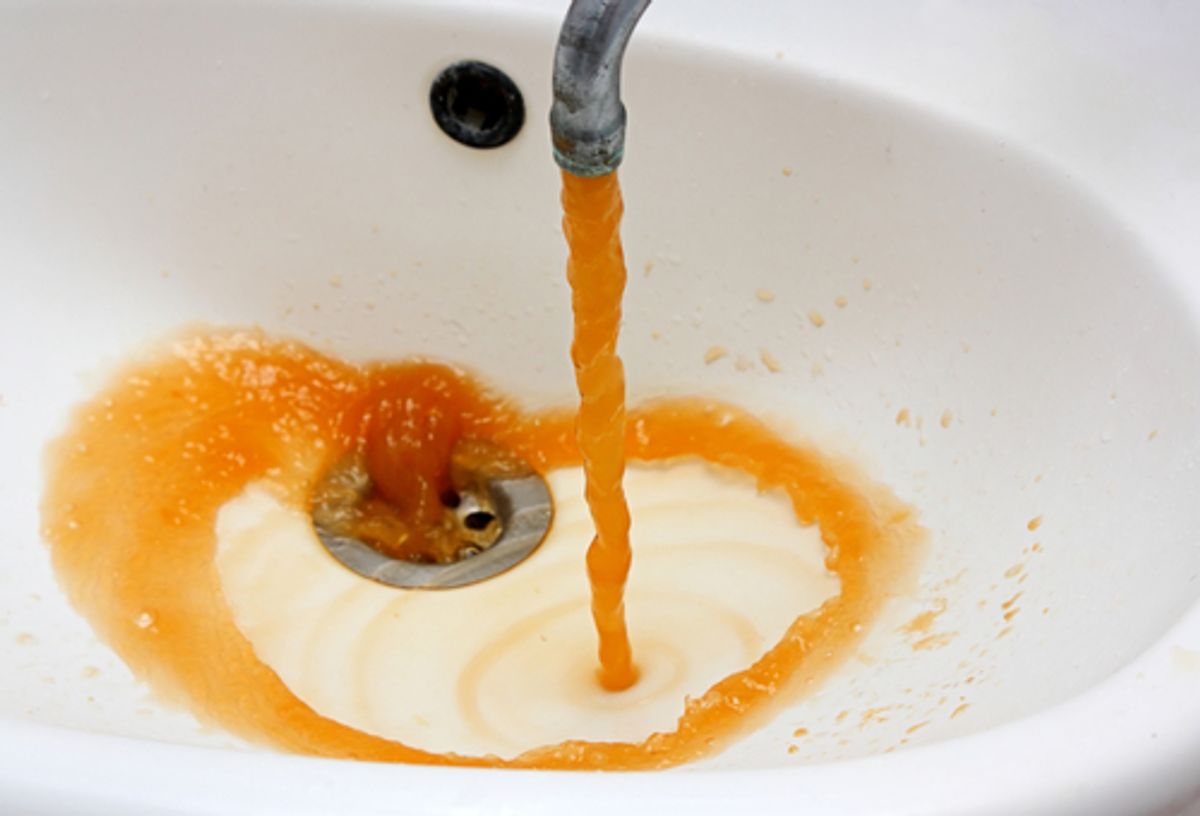 He said he was angry at the company at the center of the leak, Freedom Industries.

"A lot of people are facing bad situations because of this," he said. "They're struggling. What I don't understand is how did this happen?"

The emergency began Thursday following complaints to West Virginia American Water about a licorice-type odor in the tap water. The source: the chemical 4-methylcyclohexane methanol, which had leaked out of a 40,000-gallon tank at a Freedom Industries facility along the Elk River.

State officials said Saturday they believe about 7,500 gallons leaked. Some of the chemical was contained before flowing into the river; it's not clear exactly how much entered the water supply.

It could take days for clean tap water to flow again. First, water sample test results must consistently show that the chemical's presence in the public water system is at or below 1 parts per million, the level recommended by federal agencies, West Virginia American Water President Jeff McIntyre said Saturday at a news conference.

Most visitors have cleared out of Charleston while locals are either staying home or driving out of the area to find a hot meal or a shower elsewhere. Orders not to use tap water for much other than flushing toilets mean that the spill is an emergency not just for the environment but for local businesses.

"I haven't been able to cook anything at home and was hoping they were open," Bill Rogers, 52, said outside a closed Tudor's Biscuit World in Marmet, just east of Charleston. "It seems like every place is closed. It's frustrating. Really frustrating."

"I don't know that it can be quantified at this point because we don't know how long it will last," Ballard said. "I'm hoping a solution by early next week so business can get back to normal."

The Alliance is urging business owners to check their insurance policies to see if they can make claims over lost sales. It plans to hold workshops to assist businesses with those issues, Ballard said.

All told, 32 people have sought treatment at hospitals for symptoms such as nausea. Of those, four were admitted to the Charleston Area Medical Center but their conditions weren't immediately available.

Federal authorities, including the U.S. Chemical Safety Board, opened an investigation into Thursday's spill.

After they achieve that goal, West Virginia American Water Company can begin sampling across the nine-county region and flushing the system. That process would take days, said company president Jeff McIntyre.

According to Department of Environmental Protection officials, Freedom Industries is exempt from DEP inspections and permitting since it stores chemicals, and doesn't produce them.

Gov. Earl Ray Tomblin said he will work with his environmental agency chief on tightening regulation of chemical storage facilities in the current legislative session.

In downtown, the store Taylor Books usually fills the 40 seats in its cafe. But the cafe was shut down by the state Department of Health on Friday because it said employees had no way to safely wash their hands before serving customers. On Saturday only three people sat in the bookstore using the wireless Internet. Manager Dan Carlisle said he canceled a musician scheduled to play that night and the store was going to close five hours early.

"It's pretty annoying," Carlisle said about Freedom Industries' response to the spill. "I feel like you should just be honest with people immediately."

At Charleston's Yeager Airport, seven inbound and outbound flights were canceled. The reason for the cancellations was an agreement between the airlines and unions for flight crews and pilots that hotels meet a certain threshold of service, and the lack of water violates the agreement, said airport spokesman Brian Belcher.

State officials were working over the weekend on alternative sources of water that may allow restaurants to reopen. Several businesses that had arranged other sources of water were inspected Saturday.

"We will work around the clock, 24-7, and try to open ... as many businesses as possible in the next couple of days," said Dr. Rahul Gupta, health officer for the Kanawha-Charleston and Putnam County boards of health.