The disease is but the latest problem facing the species 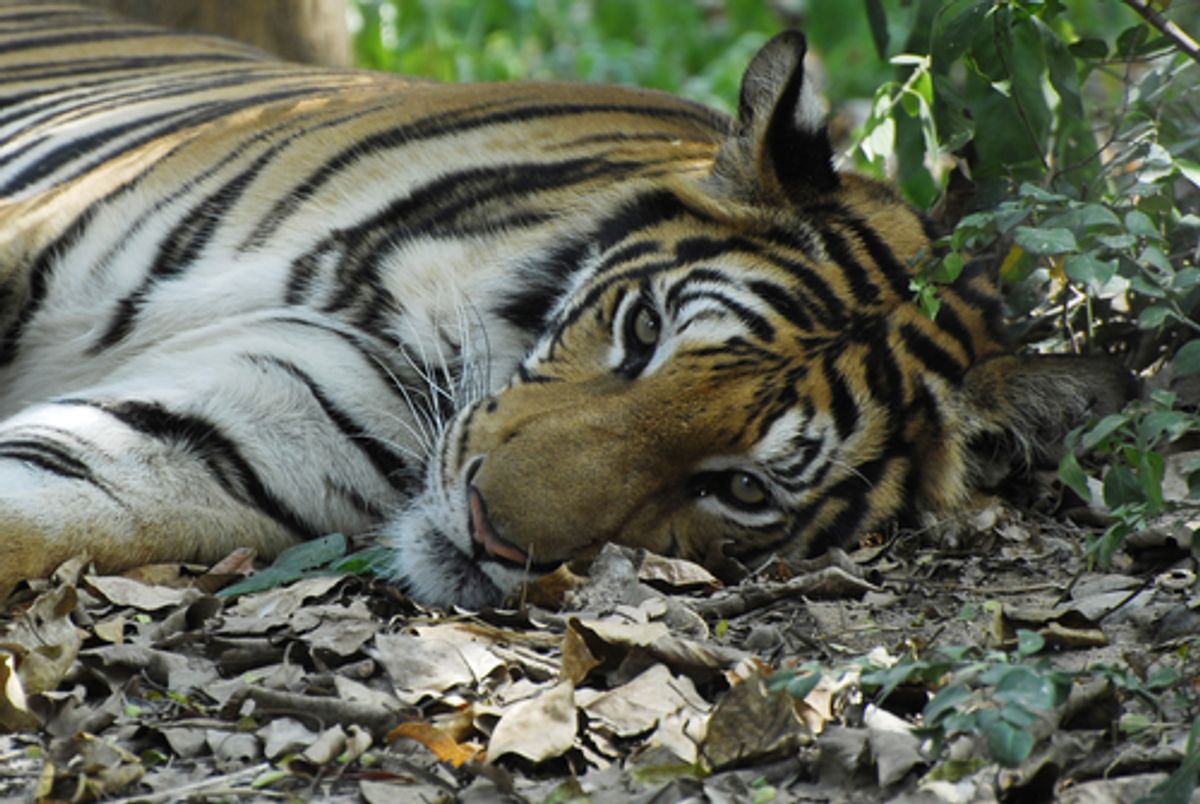 A deadly virus -- common to dogs but lethal to other carnivores -- is threatening India's already endangered tiger population, and authorities believe it may be spreading.

According to Rajesh Gopal of the state's National Tiger Conservation Authority, the disease, known as canine distemper virus, has killed at least four tigers in the past year. Rising to the occasion, authorities announced that they will now test every tiger carcass it finds for the virus, and are also considering vaccinating dogs to prevent them from spreading it to other animals.

Some argue that -- with rapid development bringing people and their pets closer and closer to wildlife -- such measures won't be nearly enough, and want the country to focus on more preventable threats like poaching and deforestation instead. But as the Associated Press reports, the virus is not a threat to be taken lightly:

Canine distemper virus, a close relative of measles, is associated mostly with domestic dogs though it has infected — and ravaged — other carnivore populations.

It brought the U.S. black-footed ferret to the brink of extinction in the late 1970s. In Tanzania in 1994, an epidemic likely introduced by tourists' dogs wiped out at least a third of the 3,000-strong African lion population in Serengeti National Park.

The possibility of a disease like canine distemper hitting the world's last population of wild Asiatic lions was a major consideration in last year's Indian Supreme Court's decision ordering Gujarat state to safeguard the species by transferring some lions to a second, faraway sanctuary.

While dogs can often recover from the disease, other animals including tigers, lions and leopards suffer fever, seizures and delirium before they die. There is no known cure.

Only about 3,200 tigers exist in the wild, half of which can be found in India.