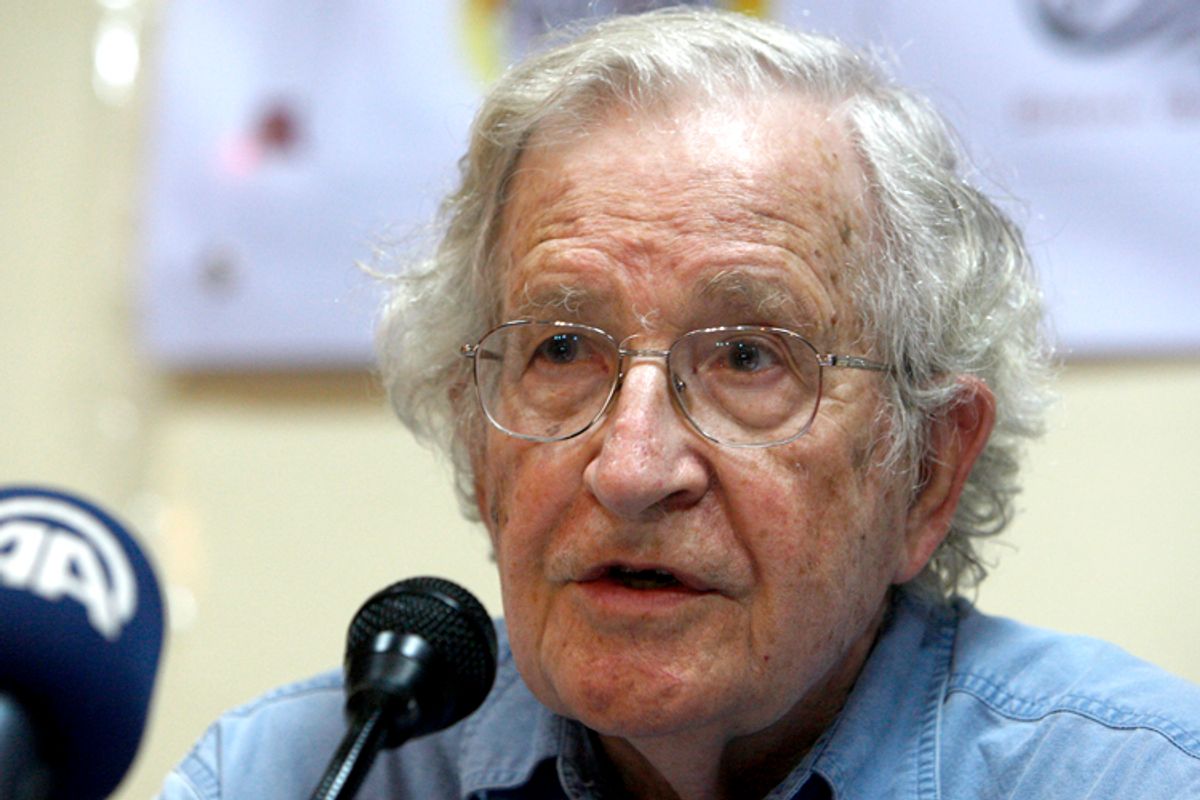 Critics of the Trans-Pacific Partnership agreement -- a purported free trade deal between 11 countries, including the U.S., Canada and Japan, which has been in negotiations for some years -- have noted that the deal has little to do with free trade. Rather, the TPP is about limiting regulation, helping corporate interests and imposes fiercer standards of intellectual property (to, again, largely benefit corporate interests).

Noam Chomsky has joined the chorus decrying the TPP. On Monday he told HuffPost Live that the deal, which is not yet finalized, is "designed to carry forward the neoliberal project to maximize profit and domination, and to set the working people in the world in competition with one another so as to lower wages to increase insecurity.”

Chomsky said it was "a joke" that the deal is designated a "free trade" agreement. "It’s called free trade, but that’s just a joke," Chomsky said. "These are extreme, highly protectionist measures designed to undermine freedom of trade. In fact, much of what's leaked about the TPP indicates that it's not about trade at all, it’s about investor rights.”

The MIT professor also slammed the veil of secrecy that has surrounded TPP negotiations. Information on the deal available to Congress has even been highly limited. Were it not for a document leak published by WikiLeaks, the public would know almost nothing about the content of TPP negotiations. On reviewing the leaked draft TPP chapter, intellectual property law expert Dr. Matthew Rimmer called the deal, "a Christmas wish-list for major corporations."

It's very hard to make anything of the TPP because it's been kept very secret. A half-secret, I should say. It's not secret from the hundreds of corporate lawyers and lobbyists who are writing the legislation. To them, it's perfectly public. They're, in fact, writing it. It's being kept secret from the population. Which of course raises obvious questions.