Does Woody Allen have a woman problem? Mia Farrow and Ronan Farrow think so 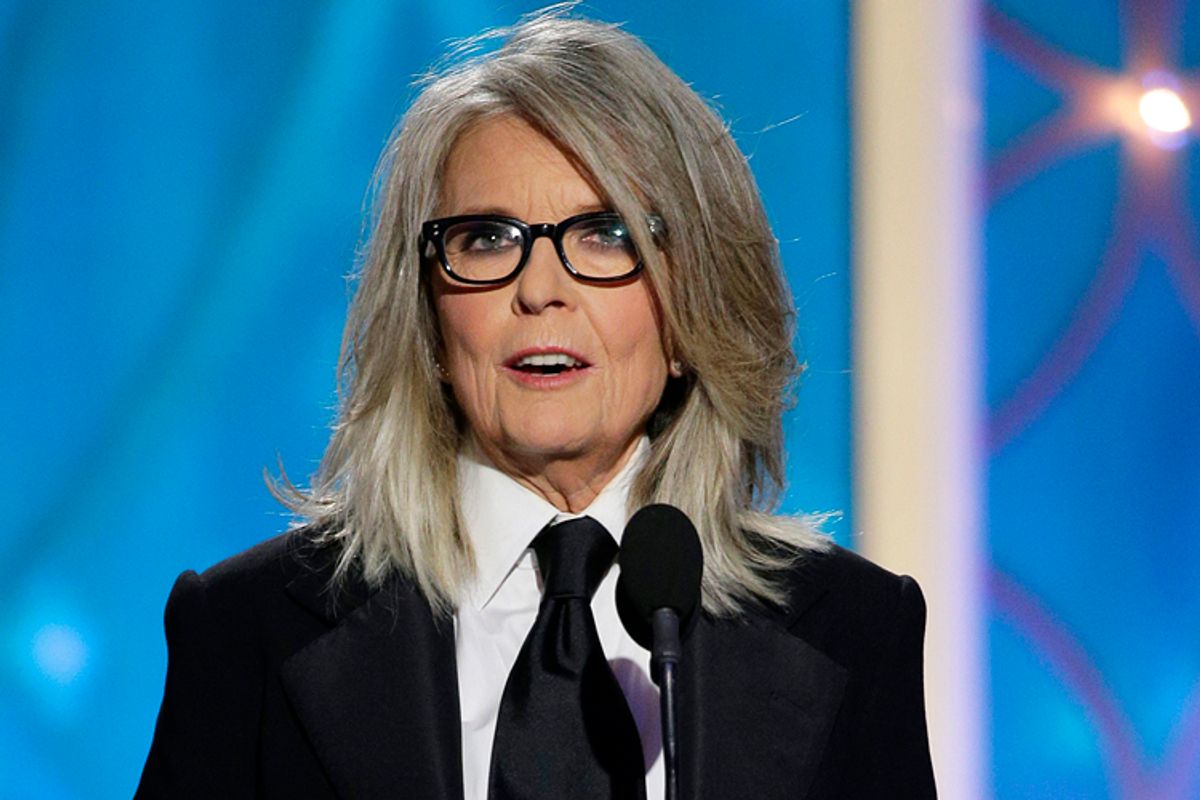 "One hundred seventy-nine of the world's most captivating actresses have appeared in Woody Allen's films," Diane Keaton said last night while accepting the Golden Globes' Cecil B. DeMille Award for lifetime achievement. But at least one of those actresses wasn't watching.

Mia Farrow, Allen's longtime partner in life and in love, tweeted last night that she was switching over to "Girls" as Allen's tribute began. She and her son with Allen, Ronan Farrow, both made their disgust very clear:

The woman mentioned here is Dylan, another of Farrow's children, whose accusations of sexual assault at age 7 were published in a recent Vanity Fair article. Though Allen has always denied these charges, that he ended up marrying Soon-Yi Previn, one of Farrow's adopted daughters, is incontestable. On its own, the Soon-Yi scandal almost derailed Allen's career.

That's the key -- almost. But the DeMille presentation, last night, seemed to be a counterargument against the idea that Allen has any kind of woman problem at all. The trophy was presented by Emma Stone (the star of Allen's next film) to proxy Diane Keaton (the star of many past Allen films); it was timed to the night that Allen's current star, Cate Blanchett of "Blue Jasmine," was the belle of the ball. The whole thing felt strategic -- Colin Firth, who co-stars with Stone, could have as easily presented the award, and that the person accepting on Allen's behalf was a widely respected woman who specifically spoke to Allen's rapport with women was icing on the cake.

Allen is a widely respected industry figure, but the choice to give him an honorary award -- when he certainly would not appear to collect it and when he won the best screenplay Golden Globe a scant two years ago -- is odd in the first place. An awarding body that cared as deeply about women in the industry as Keaton's presentation implied would actually give the DeMille Award to a woman more than once in a while. Last year, the award went to Jodie Foster; before that, the last woman honoree was Barbra Streisand in 2000. At 11 consecutive Golden Globe ceremonies (the DeMille was not presented in 2008), the prize went to an aging male director or actor, while a generation of female stars went ignored. Tina Fey joked last night that Meryl Streep had pioneered great roles for "Meryl Streeps over 60" -- perhaps the Hollywood Foreign Press, rather than constructing a tribute to Allen's woman-friendliness, might have paid tribute to older actresses who work less frequently, like Keaton herself, or to Dianne Wiest or even to Farrow, all stars who've excelled in his films.

But Allen was the person the Globes chose to honor; alternative histories, here, aren't productive. Many people, myself included, appreciate Allen's films old and new ("Vicky Cristina Barcelona" was my favorite movie the year it came out) while being deeply uneasy about the man and his role in the culture. It's possible to admire the performances he got from Farrow while feeling pained about their relationship, or to (in a far less freighted fashion) watch one of his collaborations with Scarlett Johansson without finding the pair's platonic relationship and coverage in the press as a pseudo-romance somewhat discomfiting.

And yet Allen's major problem with women isn't countered by his strong relationships with actresses. Allen has gotten great work out of many female stars, but many of them -- particularly Johansson, recently -- were either mouthpieces for his ideas and way of being or love objects for his character or for the camera. Few women in Allen's films have agency apart from a man: They're either acting like Allen, or romancing him. (Or, like Dianne Wiest in "Hannah and Her Sisters" or Cate Blanchett in "Blue Jasmine," they're simply lunatics. Both were meaty, prizewinning roles, but they also fit perfectly into a career-long story of what a woman can or cannot do or be on film.)

Last night's display, for all it danced around Allen's woman problem, only confirmed it for those watching with the awareness of Allen's past that the Farrows are trying to promulgate. Keaton's speech was, if anything, protesting too much about Allen's love of and respect for women artists, and about the pair's lengthy friendship founded on mutual respect. It felt like a rallying cry for Allen's defenders more than it did a speech. "Make new friends, but keep the old," Keaton sang tremulously onstage. A montage had played showing that Allen had done a lot of stuff we liked long before his scandal-riven past two and a half decades. As Keaton sang about her friendship with Allen, one could practically see the few in the room who'd thought about shunning Woody Allen reconsidering. Allen is Hollywood's old friend, the thinking goes. We ought to keep him.