Kimberly Peirce on "Carrie": "You do the best you can" 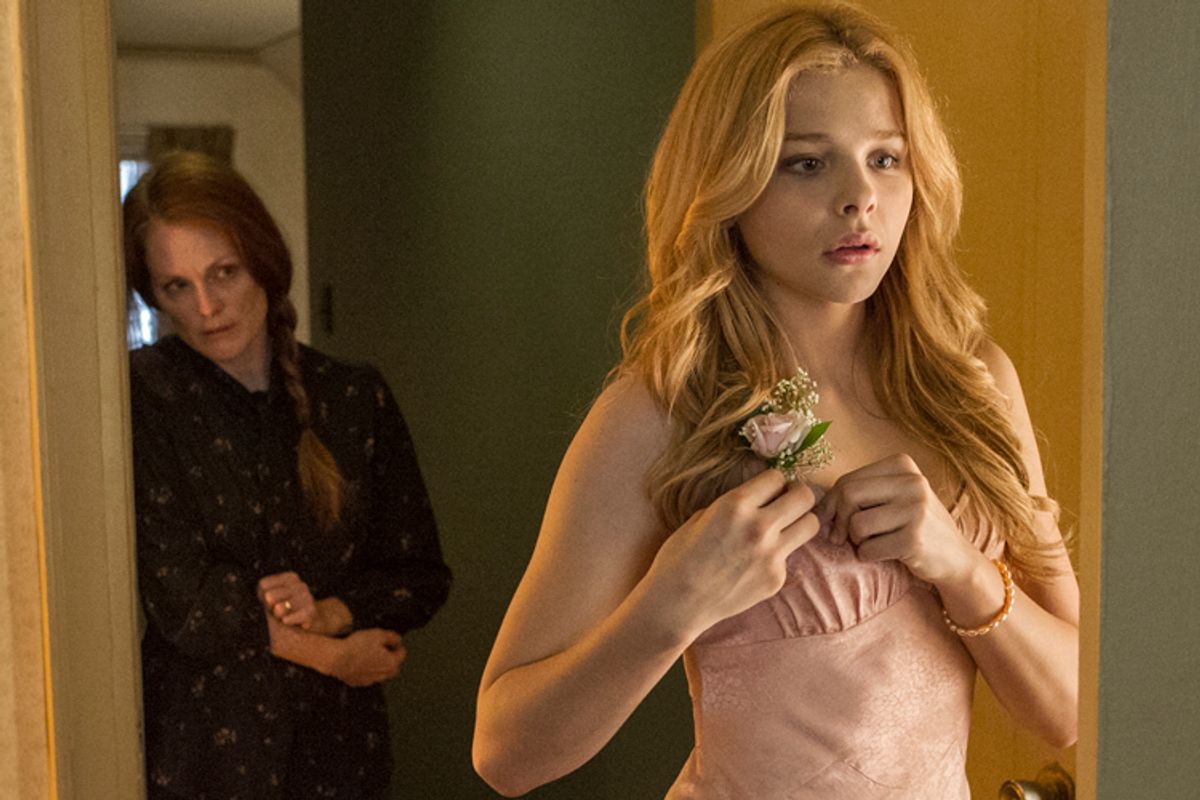 "I just want to say, too, that we won a People's Choice Award -- favorite horror movie. So that was kind of fun."

That's how Kimberly Peirce ended her interview with Salon, describing a very different sort of prize than the ones she's gotten in the past. Peirce's debut feature, "Boys Don't Cry" (1999), broke the hearts of moviegoers coast-to-coast and launched the career of Hilary Swank. After "Boys Don't Cry," Peirce took some eight years before the release of "Stop-Loss" (2008), a well-reviewed film about the Iraq War. Then came, last fall, "Carrie," which is available on Blu-ray and DVD tomorrow and on demand now. An exclusive clip depicting the making-of process is below.

Peirce's adaptation of the Stephen King novel about a bullied girl who gets bloody revenge on her high school classmates -- previously put on film by Brian De Palma in 1976 -- received mixed reviews. Some critics praised the film's loyalty to the source material, while others, like Grantland's Wesley Morris, found something lacking:

"you can feel [Peirce] caught in the awkward position of wanting to challenge the material, to open it up further rather than furnishing the film with as much vaginal imagery as she does. You can also sense her not wanting to alienate the audience or the studio."

Peirce addressed some of the criticisms she'd heard, acknowledging that "there were some people that took me to task for not changing enough."

"I did change things. It may not have been as much as some people wanted. But you have a book that's very specific in time and place and how it represents some things. It'd be challenging to change a lot of things and still have the story work. I understand why you can't wholeheartedly change the whole thing. I was hired on a green-lit movie, and there's not a lot of time. You change as much as you can while you're shooting."

The director compared her experience on "Carrie" to the one on "Boys Don't Cry," a passion project of hers that took, in her telling, five years to make: "I was able to be inside of and control everything because I had the luxury of time. 'Stop-Loss' and ['Carrie'] are kind of the same size. You'll find that directors say, 'I wish I could've shot here, I wish I could've had that actor.' A movie is just an endless supply of want. And then there's the reality of what you get. Movies are made when they're made. I'd like more time, of course. You don't always have that. You get a movie that's an opportunity, and you do the best you can."

Peirce described her vision for the film as a "superhero origin story" and noted she was happy that viewers of her film were able to more strongly comprehend the mother-daughter bond between the telepathic Carrie and her controlling mother. But she denied that her existence as a female director inflected the story in any way: "I hate to reduce things to 'A woman can do this' or 'A man can do that.' I don't want to think a black or white director can do only certain things either. If being a female-bodied person has a relationship to the film -- with bringing up her relationship with her powers and the mother-daughter relationship -- well, it's fictional, but they're realistic. If people wanted me to give more than that,... there's only so much I could do in a short time."

Peirce does not see herself, post-"Carrie," working in the world of studio film, though she is currently working on a sex comedy "with a gender twist" to be produced by Judd Apatow. Citing films with "social concern" like "Dallas Buyers Club," "Fruitvale Station" and "12 Years a Slave" as in line with her interests, Peirce said: "I think the truth is, I'd like to get back to a version of where I was with 'Boys Don't Cry.' I loved 'Carrie,' and I had a wonderful experience ... There's social concern in the movies I like, a strong protagonist that breaks my heart. There are echoes there of where I came into my artistry -- and that's where I'm going to end up going back. And I don't care if it's movies or TV."

Over time, a new audience will discover "Carrie" on home entertainment. And that's fine with Peirce -- great, in fact. She encouraged Salon readers to check out the Blu-ray edition: "There's an alternate ending that's stronger than the one we had in release."