Andy Samberg win reveals a truth about awards shows: Sometimes, it's tough to know what the voters were thinking 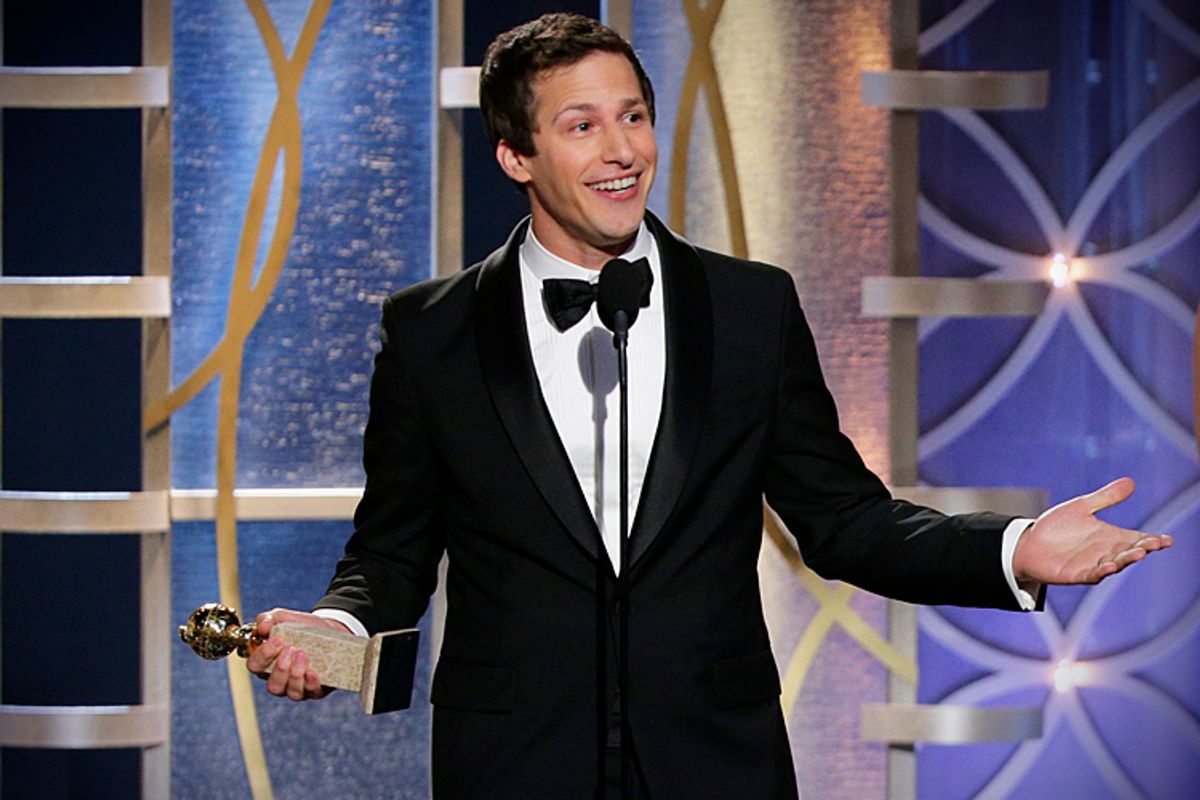 Last night's Golden Globe broadcast once again confirmed what I have long understood: The members of the Hollywood Foreign Press are -- at least to me -- complete strangers whose tastes and preferences differ from my own about as much as those of, say, any group of people randomly selected from the streets of Anytown ... er, Europe. There is a much more succinct, popular and colloquial way of stating the above, and it begins, "Opinions are like assholes …"

As predictable as the moment was, I was happy to see the brilliant Vince Gilligan & co. take the Globe for best TV series, drama. Conversely, I was surprised to see Andy Samberg and "Brooklyn Nine-Nine" take top awards for comedy because, yunno, I don't find that program to be particularly funny. (I cannot say I am actually disappointed because the stakes here are absolutely nil; my fave in the category, Jim Parsons and "The Big Bang Theory," will not be canceled for lack of a statuette.)

Gosh, it must be 10 years ago now that I last attended a junket and met folks from the Hollywood Foreign Press. We never got around to discussing TV likes and dislikes, so I can offer no insight as to why any of their ilk would nominate "Orphan Black's" Tatiana Maslany in the same category as Julianna Margulies and Robin Wright. Speaking of Margulies, I missed a new episode of "The Good Wife" for this ...

If you're beginning to suspect that this article is only a long-winded and snarky way of saying "to each his own," you are almost entirely correct. As a critic, I am expected to weigh in on awards show results. But as a fan who is frequently at odds with whatever decisions shadow councils make and subsequently stage elaborate pageantry around such decisions, I've come to expect very few moments of accord or satisfaction during these overlong telecasts.

If nothing else, this Golden Globes has reminded me of my own TV blind spots. How can I possibly hope to contest Jon Voight's triumph over Aaron Paul having never actually seen the veteran actor in "Ray Donovan"? Elisabeth Moss looked absolutely stunning accepting the award for best actress in a miniseries or motion picture made for television, but alas, "Top of the Lake" still awaits, neglected in my Netflix queue. Oh, and what exactly is "Dancing on the Edge"?