Questions arise about the N.J. governor's earlier claim that he hadn't seen David Wildstein "in a long time" 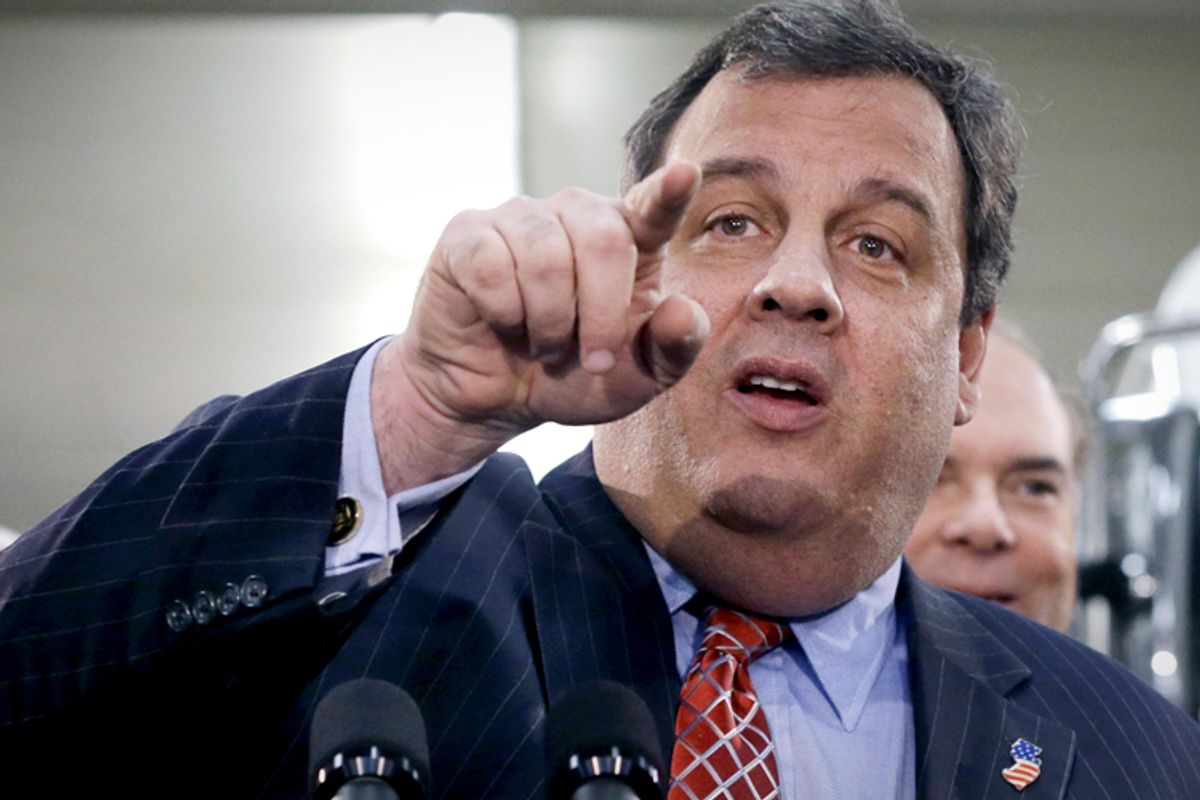 According to a Tuesday report from the Wall Street Journal, New Jersey Gov. Chris Christie made a public appearance in early September with the Port Authority official who ordered the creation of a major traffic jam in Fort Lee.

While it's not known whether Christie and the official, David Wildstein, discussed the traffic situation in Fort Lee, the revelation casts doubt on Christie's earlier claim that his relationship with Wildstein was minimal and that he hadn't seen the now-resigned Port Authority official "in a long time."

Christie and Wildstein were together on Sept. 11 for a commemoration on the 12th anniversary of the 2001 terrorist attacks. Joining them was also Bill Baroni, another former official at the Port Authority who, along with Wildstein, resigned his position once state Democrats began to investigate the lane closures and the ensuing traffic fiasco.

More from the Wall Street Journal:

Mr. Christie addressed Mr. Wildstein in a news conference last week, saying he had not encountered him “in a long time.”

“I have had no contact with David Wildstein in a long time, a long time, well before the election,” which was held Nov. 5, Mr. Christie said last week. “You know, I could probably count on one hand the number of conversations I’ve had with David since he worked at the Port Authority. I did not interact with David.”

When exactly Mr. Christie learned of the traffic problems is an unsettled question likely to figure in investigations of the matter. Mr. Christie said in December that he learned only after the Journal published an internal email from the Port Authority’s top New York official reversing the closures. That email and the accompanying news article appeared Oct. 1.

But Mr. Christie said last week he had learned of the matter earlier, from unspecified news reports about the traffic the closures had caused in Fort Lee.