David O. Russell compares Lawrence to a slave -- despite the fact she makes millions and wins prizes for her toil 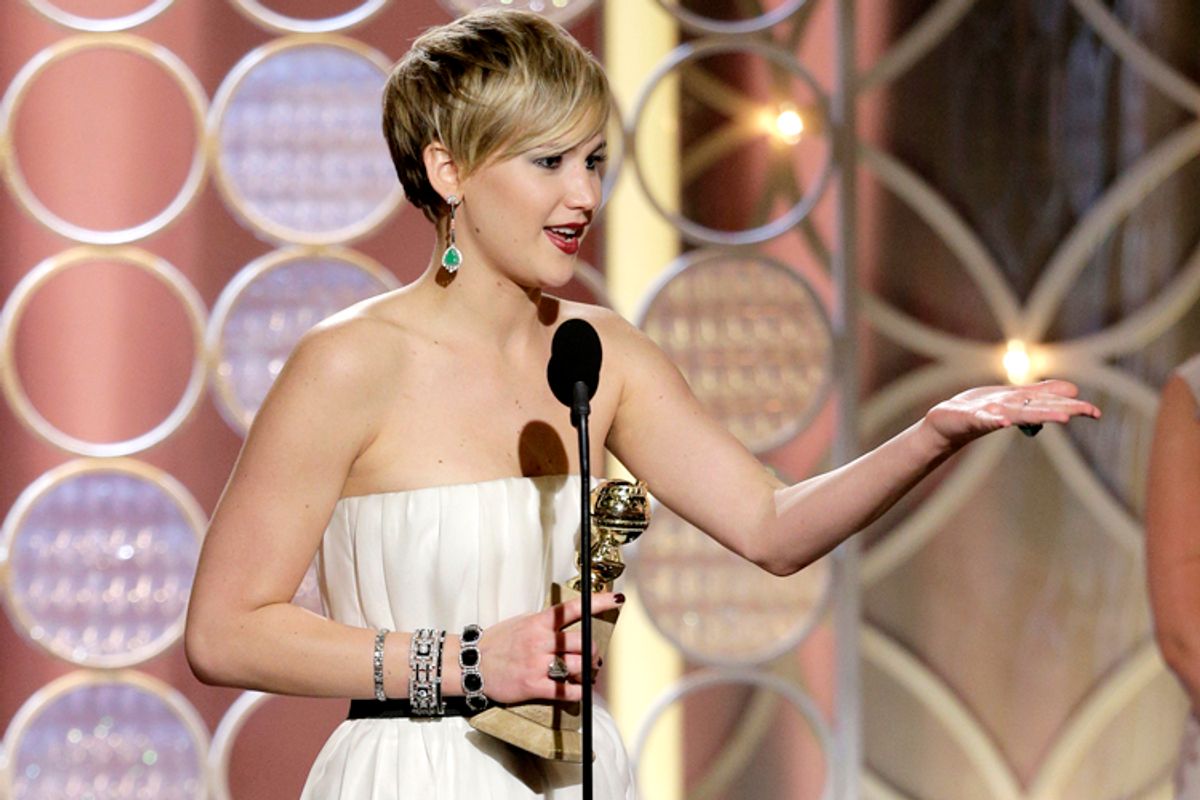 Jennifer Lawrence won an Oscar for her first collaboration with David O. Russell, "Silver Linings Playbook," and is an awards-season front-runner for her second, "American Hustle." But even despite how amply she's been rewarded, Russell thinks she's a slave.

The director told the New York Daily News he was frustrated over Lawrence's schedule filming the final two "Hunger Games" films, and alluded to a film dealing with America's ugly racial history:

"I personally think they should give her a bit of breathing room over there because they’re printing money. But she’s a very alive person. I’ll tell you what it is about that girl — talk about 12 years of slavery, that’s what the franchise is. And I’m going to get in so much trouble for saying that."

For context, Lawrence has been reported to have negotiated a $10 million contract for 2013's "Catching Fire"; to note that Lawrence's work on the first film commenced in 2011 and will end before 2023 (12 years later) is to indulge an idiotic comparison more than it is worth.

But given that the all-white caper film "American Hustle" may well beat the antebellum tragedy "12 Years a Slave" to the Academy Award for best picture -- and that the fame and connections Lawrence has obtained from her work on "The Hunger Games" franchise makes her a likely bet to beat the heartbreaking work by "Slave's" star Lupita Nyong'o -- this is more than just a slip. Russell (who, in the interest of fairness, has done a great deal of charity work bringing access to filmmaking to minority students in New York) is free to describe anything and everything as slavery because he wasn't taking it seriously. Hollywood's always been glib about its race issue -- every one of the acting winners at the recent Golden Globes ceremony was white. Though Russell's comments were impolitic, will anyone in Hollywood actually be angry?

This is a perfect and timely example of the sort of light treatment of slavery that "12 Years a Slave" seeks to dispel, as epitomized by the Golden Globes joke Tina Fey and Amy Poehler told, when Poehler claimed "12 Years a Slave" changed how she thought about slavery -- and Fey asked how she'd seen it before. No remotely reasonable person thinks slavery was good, but people like Russell think it's comparable to working hard on a film set with an end reward of acclaim and money.

"12 Years a Slave," with all its vaunted "brutality," sets out to show that slavery is incomparable to any human experience, to reinforce the degree to which humanity simply broke down in the American South. Russell, whose view of American history in "American Hustle" is a silly, consequence-light pastiche of idiots getting one over on one another, might be well-served by rewatching.