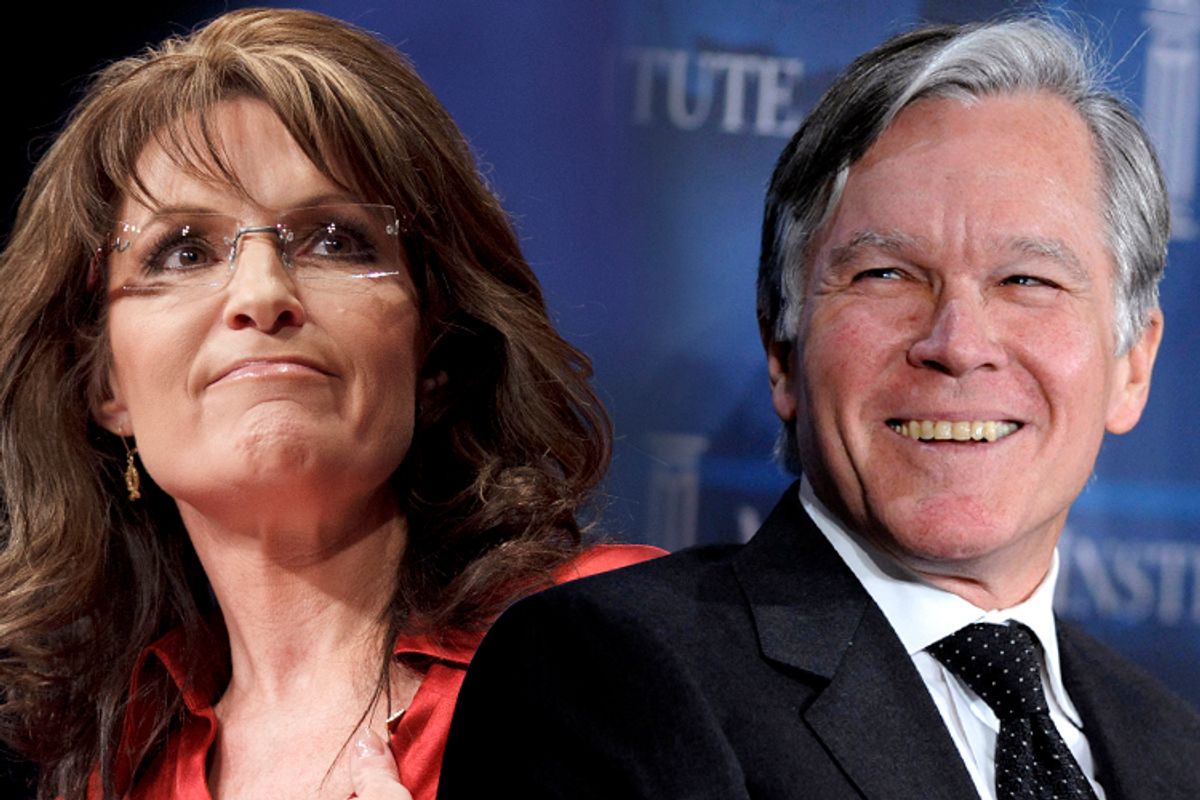 This is long lost in the mists of time, but the single most contemptible lie about Obamacare -- that it includes "death panels" -- wasn't originally rooted in vague notions of rationing or socialization. It began as a paranoid, dishonest critique of a provision included in early drafts of a bill that ultimately became the Affordable Care Act.

Back in the summer of 2009, healthcare reformers hoped the final legislation would allow physicians to bill Medicare when they provide end of life counseling to seniors who want it.

Reform opponents on the far fringes of the right fused an immensely dishonest depiction of this provision with equally dishonest characterizations of existing programs designed for efficient and effective provision of healthcare services to claim that under Obamacare providers would be required to encourage sick people to transition from curative to hospice care earlier than they might otherwise be inclined. Perhaps at the expense of experimental treatments that might save their lives.

The attack was vile enough to discredit its original promotors and confine them to the periphery of public debate, but it created a large enough public backlash that terrified Democrats ultimately dropped the provision from the bill.

The episode was a huge, needless, depressing setback to the providers, patients, activists and others who are trying to bring some sanity to the way we treat terminally ill patients, while remaining mindful of the highly sensitive nature of the issue. There are big problems with end of life care in the United States, most of them far more challenging than the bloodless obsession some people have with with the fiscal cost of providing it. The only things Betsey McCaughey, Sarah Palin and their emulators on the right accomplished with the death panel smear were: 1) keeping untold numbers of senior citizens in the dark about their treatment options before their health deteriorates so much that they're unable to make decisions for themselves, and 2) making the subject an absolute taboo for policymakers for the foreseeable future.

I bring this all up in response to a bizarre and thoughtless pair of opinion columns, written by Emma Keller in the Guardian, and her husband, Bill, in the New York Times. Both articles implicitly and explicitly criticize Lisa Adams, a 44-year-old mother with metastatic cancer who's been documenting the deterioration of her health on social media.

The Guardian removed Emma Keller's article after a deluge of criticism, and the revelation that it included private communications between the author and subject without Adams' permission. You can read an archived version of it here. Bill Keller's follow-up piece building on his wife's article is still available in the original on the Times website.

After reading and rereading both columns I detect no justification for either. At the very least, though, Emma Keller's article mostly confines itself to a weird, insensitive aesthetic critique of Adams and other seriously ill patients who narrate their own improvements and setbacks to friends and followers.

Bill Keller's piece is significantly more problematic, not just because it's even more insulting to Adams and others in her predicament, but because it does the death panelists' work more insidiously than Sarah Palin and other agitprop peddlers ever could.

The whole article is premised upon an apprehension -- one he never extends to his own lengthy mediation on his father-in-law's death in the New York Times -- that Adams will influence others by publicizing her struggle.

In Keller's world, people like his father-in-law, who died in palliative care at the age of 79, chose a course that's "humane and honorable" compared to stop-at-nothing treatment regimes like the one Adams has chosen, and alleges that "Adams is the standard-bearer for an approach to cancer that honors the warrior, that may raise false hopes, and that, implicitly, seems to peg patients like my father-in-law as failures."

To the contrary, he implies that patients with terminal illness who don't choose palliative care aren't simply prolonging their own misery, but courting waste as well. His father-in-law presumably never enjoyed regular visits with a Caring Canine, and insinuates that such a program must be frivolous by lamenting that neither Adams nor her providers at Sloan-Kettering will tell him how much it costs or how it's paid for. He stops just short of tut-tutting hospitals that employ paid staffers to deliver get-well-soon cards.

What he does do, though, is undermine painstaking work more serious advocates have done to assure a nervous public that ascribing value judgments to different treatment regimes isn't a core policy goal. That the goal instead is to provide elderly and ill patients who want it with information -- so that their treatment is provided in accordance with their wishes, and so families don't have to make painful, uninformed decisions in the midsts of crises.

Good doctors offer end of life counseling to patients right now, because failing to do so would be tantamount to providing inadequate care. Some patients decide they want their doctors to make every effort to extend their lives. Others fill out do not resuscitate orders. In many cases doctors are compensated for these sessions by private insurers. Somehow this practice has escaped the death panel smear, but the death panel smear has made standardizing this practice across insurance systems impossible.

In 2010, surgeon, author and healthcare polymath Atul Gawande wrote an award-winning but heartbreaking article about the kind of human suffering death panel demagogues have wittingly or unwittingly encouraged. If you're interested in a thorough consideration of all the difficult questions terminally ill patients face (or, worse, never face), please take the time to read it. What you won't find, though, is an author exhibiting contempt for any of his subjects' decisions.

Keller quite clearly believes his officious advocacy of palliative care is enlightened, normatively superior to the alternatives, and an antidote to reactionary nonsense about death panels. But it's actually exacerbating that latter problem. There are no death panels in Obamacare, and Keller never actually mentions them in his article. But he does contribute to a sense that American elites think they know the best way for the old and sick to die -- because he's actually one of those elites.