How low will politicians and the media stoop to grab a piece of the app's popularity? 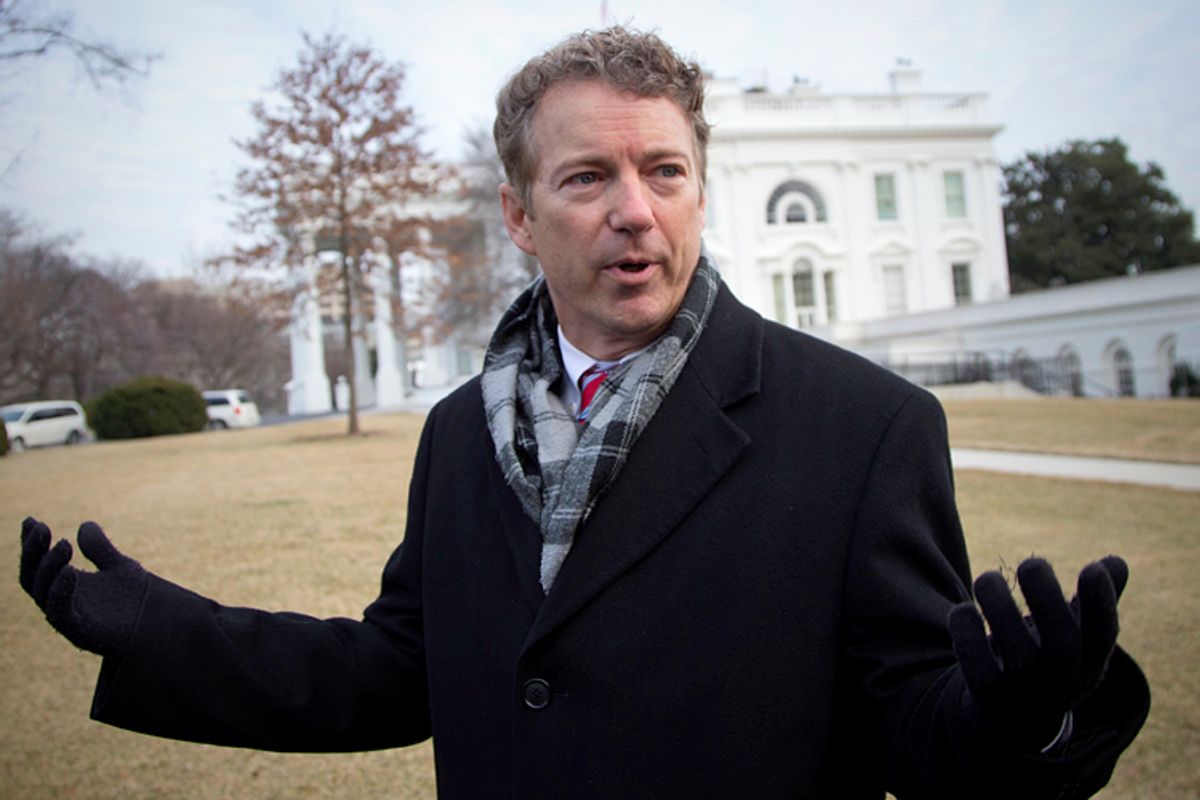 Never mind the reports that Facebook and Google have been offering umpteen billions -- in cash -- to buy Snapchat. All the proof we need that the privacy-protecting messaging service has truly arrived as a major player is a glimpse at the absolutely shameless scramble of politicians, the media and Snapchat's competitors to exploit any opportunity, however bogus, to grab some of Snapchat's reflected luster.

Exhibit A: Politico's "article," "Sen. Rand Paul joins Snapchat." I add the quotation marks because to consider this offering from Politico an actual piece of journalism is an embarrassment to anyone who has ever earned their living as a reporter. It's a press release, pure-and-simple, generated by Rand Paul's office, devoid of anything resembling value-added analysis. Politico must have calculated that the words Rand Paul and Snapchat placed together in a headline would generate enough page views to obscure the complete lack of newsworthiness.

But Exhibit B is even more shameful: An "article" in Bloomberg bearing the seemingly provocative headline, "Why Snapchat and Business Aren't a Perfect Match."

Sarah Frier's story begins with an anecdote about Howard Lerman, a CEO who found Snapchat unsuitable for making covert communications regarding another company Lerman was interested in purchasing.

But using the app for business communications can be pretty awkward. The tip from Lerman’s informant came scrawled in shaky lime green handwriting atop a grainy photo of a New York subway station — where the investor happened to be at the time.

“And of course, we had to be Snapchat buddies to make it work, and his Snapchat username is kind of embarrassing,” Lerman said. “It’s just not a professional way to do things.”

OK, nothing really earthshaking there. I mean, it's not that surprising that a messaging service primarily popular with teenagers isn't really suitable for businesses. But Frier's article closes with two paragraphs about Lerman's new start-up, Confide, an app that -- OMG! -- "aims to let professionals talk about personnel and legal issues, share tips on deals and even slip information to reporters without worrying about the permanence of the online written word." In other words, a professional version of Snapchat.

This is sleazy bait-and-switch journalism. A story headlined with a critique of Snapchat turns out to be a gussied-up press release for a competitor to Snapchat. The only honest way to do this story is to lead with something that (maybe) resembles the truth: Howard Lerman came up with his alternative to Snapchat after he was embarrassed attempting to use Snapchat for professional purposes. Readers should know, right away, that the story isn't really about Snapchat at all, but is instead a gussied-up press release touting a competitor to Snapchat.

Why is the Bloomberg story more embarrassing than the Politico piece? Because we expect better from Bloomberg.